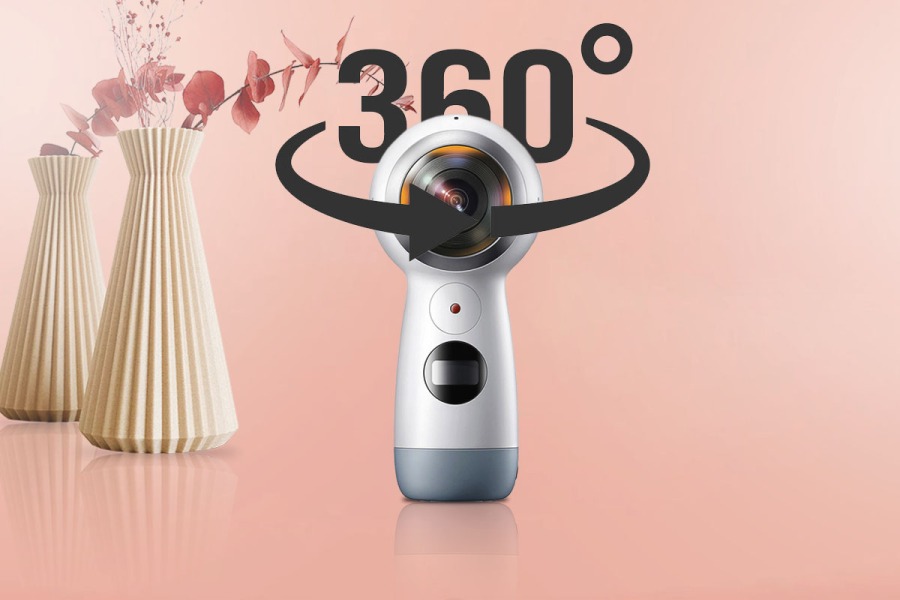 Real estate is a wide notion that can include many things, such as apartments family houses, boats, and basically, everything that would make you rich if you possess it. Dealing with real estate might be time and energy-consuming, but it also brings the best outcomes. When I say time and energy-consuming, I mean it, because yes you can have the impression that real estate agents are always dressed up and look like they have not done anything in their lives, but that’s not the case.

But, that’s not the case, looking sharp is among the details of their work, which are not a few. One of the most important details when it comes to real estate is certainly the 360 camera.

Why specifically a 360 camera? What’s so important about it?

Well, for the real estate agents or for the agency that is mediatory for selling or buying a property, is really important the first impression the customer will have when looking at the property for the first time, so they make sure they capture the best pictures of the properties using the best camera for real estate properties.

These cameras for real estate are often able to shoot images and footage in a navigable 360-degree space, which is the first thing the customer looks at when deciding which property to buy. You can use a 360 camera to shoot real estate virtual tools, which will make everything look better.

Listed below you can find the best 5 best 360 cameras for real estate and every detail you have to know about them if you are thinking to purchase one. 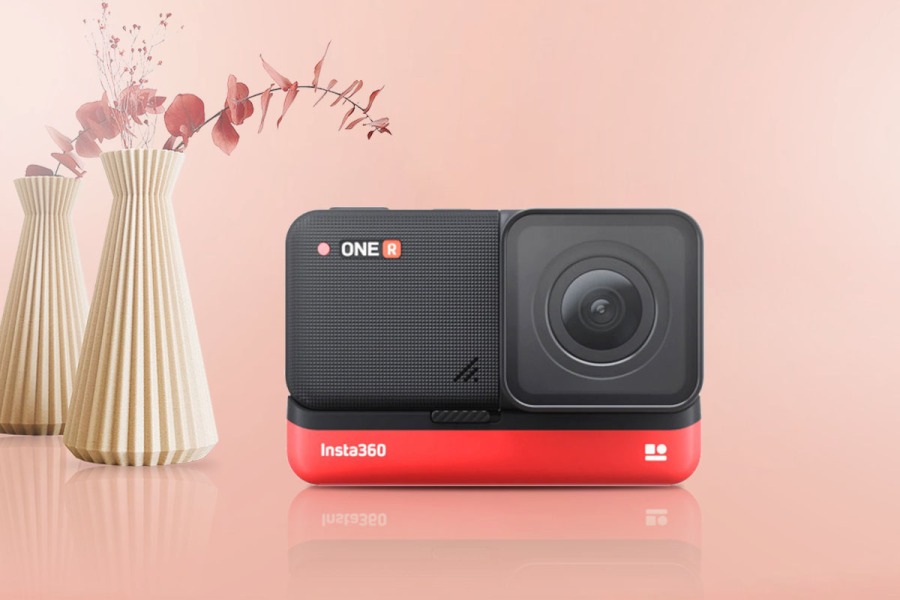 Insta360 ONE R Twin Edition adapts to the action in the best way possible. For those who are not curious only about 360 cameras but much more than that, then this piece of discovery will suit you well. It does wonders when it comes to keeping the footage steady. Stabilizes the image greatly, and it’s made up of three modules that change the way the pictures and videos are being taken.

Insta360 ONE R Twin Edition is a vlogger-friendly 360 camera system, a great companion for vloggers, digital content creators and those that want to do real estate virtual tours. This camera system has a well-thought design and it gives you the feeling of solid construction. Small and quite practical. Its dimensions are 1.89 x 1.69 x 2.83 inches and it weighs 6.1 ounces. Ambitious vloggers especially should not take a pass on this one, because ambitious vloggers must have an ambitious camera such as Insta360 ONE R Twin Edition.

In its category, this is probably the best 360 camera for real estate.

Some of the greatest features of this unique, ambitious, and versatile camera, are as followed:

GoPro Max 360 – The best investment you can make 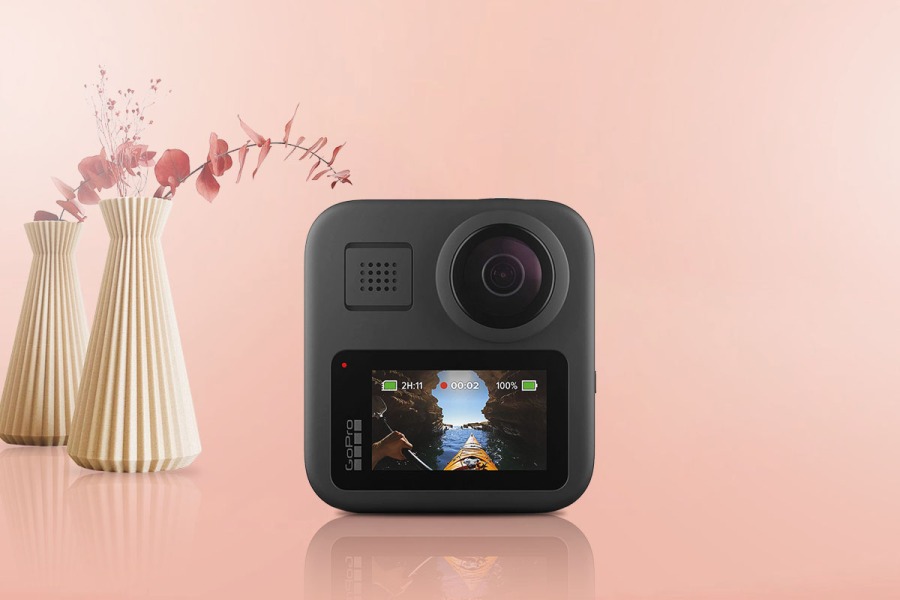 Clear the way for the most creative GoPro out there! Capture literally everything around you, just point and click. GoPro Max assures you a stabilization which is quite hard to be broken.

Exterior details – This 360 camera has this cute unregular rectangle shape with softened corners that literally yells, hey you, buy me. It is 64 mm wide and 69 mm tall. On the front part of the camera, you can see the shutter button, the microphone, the status light, the touch screen, and the folding fingers. On the right side, which is 25 mm wide, you can find another microphone and the mode button. On the backside, you can again see the shutter button, the status light, and yet again, another microphone. On the left side, you can see the door lock, the battery, the USB-C port, and the SD card slot. On the upper part, you can find the folding fingers.

Some of the highlights of this camera are as followed: 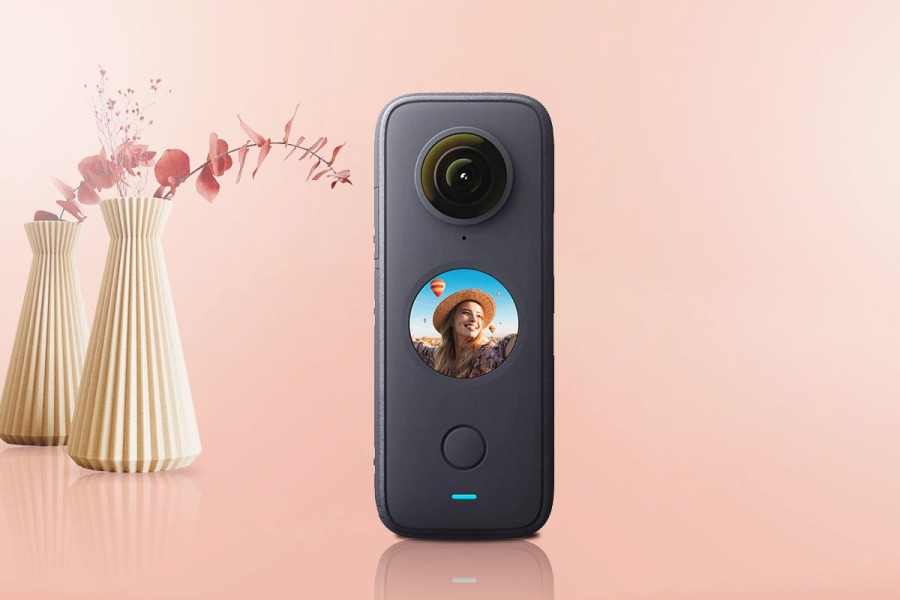 Wouldn’t you like to have a candy-bar shape camera that you can carry around everywhere you go? I bet you do. And Insta360 ONE X2 is the best choice for you. It is known to be the full evolution of the series of its kind. It is its shape that makes it so practical and easy to be used and still to be able to take incredible shots. This pocket-size camera has the greatest features which automatically make it suitable to upgrade the real estate photography world and bring new excitement to the party.

With just this tiny device, you can capture the most beautiful pictures and take the most impacting videos. This camera weighs only 4.9 ounces. and its dimensions are 4.45 x 1.82 x 1.17 inches. Perfectly fit for your pocket, right?

Let’s go through some of the most important features that you have to consider before purchasing this candy-bar-shaped camera. 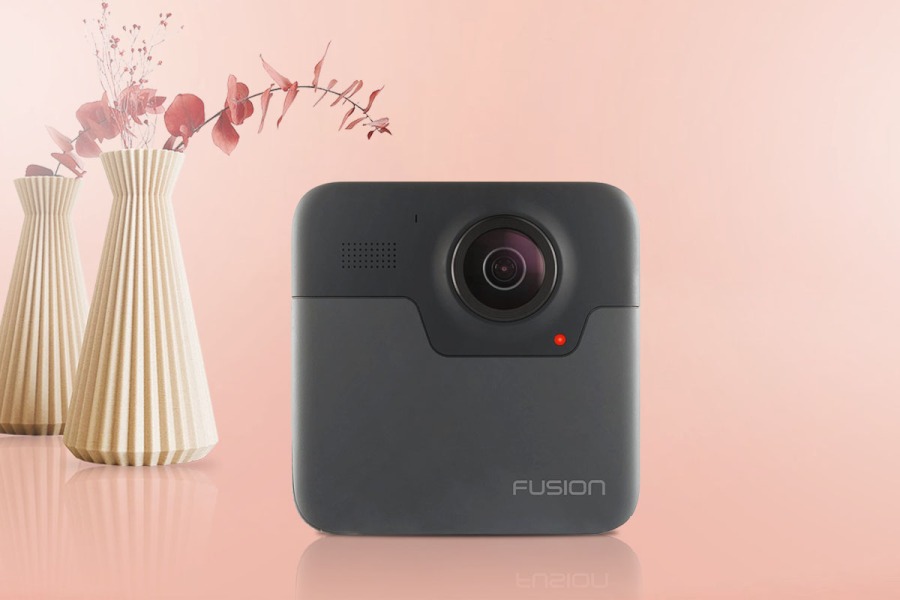 The comparison between GoPro Camera Fusion and GoPro Max is inevitable. They both are the best action cameras out there and they both make sure to capture the whole story but they also defer in a few of their feature, for example, GoPro Camera Fusion has two memory cards and it also can take non 360 videos.

GoPro 360 camera Fusion is like having a movie crew with you wherever you step foot. Like any other action camera, GoPro Camera Fusion also has a few important features that have to be mentioned. But in this case, the features of the 360 camera are equal to the benefits of the camera, such as: 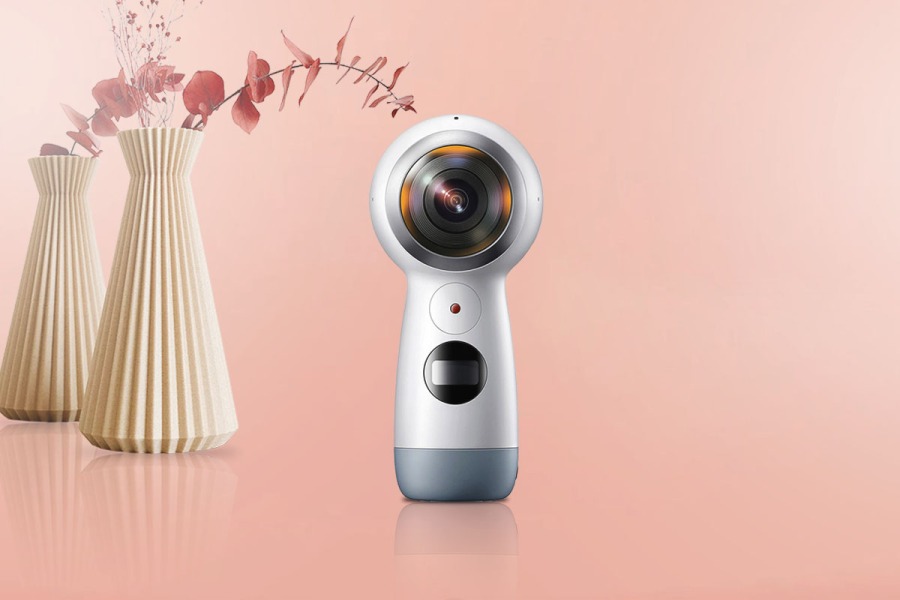 Samsung Gear 360 like every other action camera tells the whole story. It gets every angle exactly as it is and it captures life as it happens.

When it comes to this camera’s design, it defers from the design we are used to seeing in action cameras for real estate. It is known as the 360 camera with the cutest design, which makes it easy to be held and move around with it. It has the shape of a lollipop, with a round head at the top where its two camera lenses are placed, and the lower part from where it can be held.

Samsung Gear 360 comes along with these features:

Choosing an action camera, especially for real estate virtual tours might not be easy, but luckily for you, right above in this article you can read about the 5 best 360 cameras for real estate you can find out there and one thing is for certain, you won’t be making a mistake whichever of those you choose.

Whichever of those 360 camera will give you exactly what you need, a pure, high-resolution picture or recording of the property you are selling or thinking to buy it. These cameras for real estate will make sure to capture every detail less or more important and to convey the life in the pictures and videos that were taken with them.

Yes, you may ask yourself, am I purchasing the best camera for indoor pictures or for outdoor pictures of my property, but you don’t have to worry about that part, because these 5 cameras do excellent work indoors or outdoors.

If you want to know more about how the action cameras work and function, check out a few details on How 360 Cameras Work? and if you are a fan of action cameras but you are on a budget, I would suggest checking out these amazing action cameras under 200$.