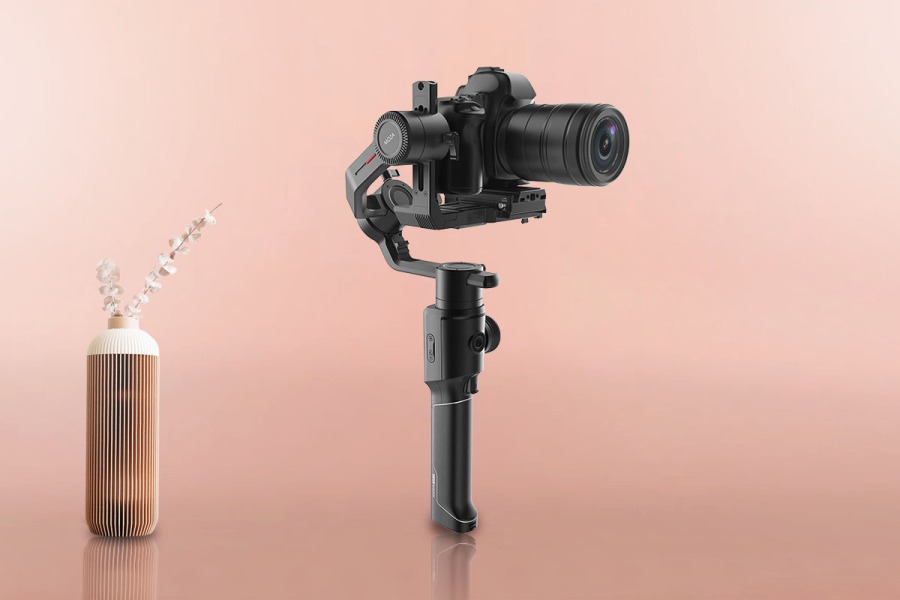 A camera shake is an obvious sign of an inexperienced photographer, and to avoid looking bad as a newbie, a Gimbal will fix it.

Gimbals are mechanical stabilizers that use two up to three axes of rotation to keep the camera nice and steady.

Nowadays, gimbals are storming in the industry with innovative features, while the prices falling. One of the main players in this industry is, DJI (a well-known brand in the drone world).

Let’s leave the market and drones aside, you want to know which is the best gimbal for your Sony A7S III?

You did the right choice coming here since a gimbal will even make the A7S III even a better performer than it already is.

Before we dive into the best gimbals for the Sony A7S III, let us look into the camera itself:

It is one of the best entry-level mirrorless cameras currently. Even though it is primarily aimed at videographers, the Sony A7S III is able to shoot great stills and good appel to any photographer that wants a low-light camera. It is capable of shooting UHD 4k at 120fps as well as internal 10-bit 4;2:2 sampling. No doubt, that this is a great All-rounder, it can eat everything you throw at it. 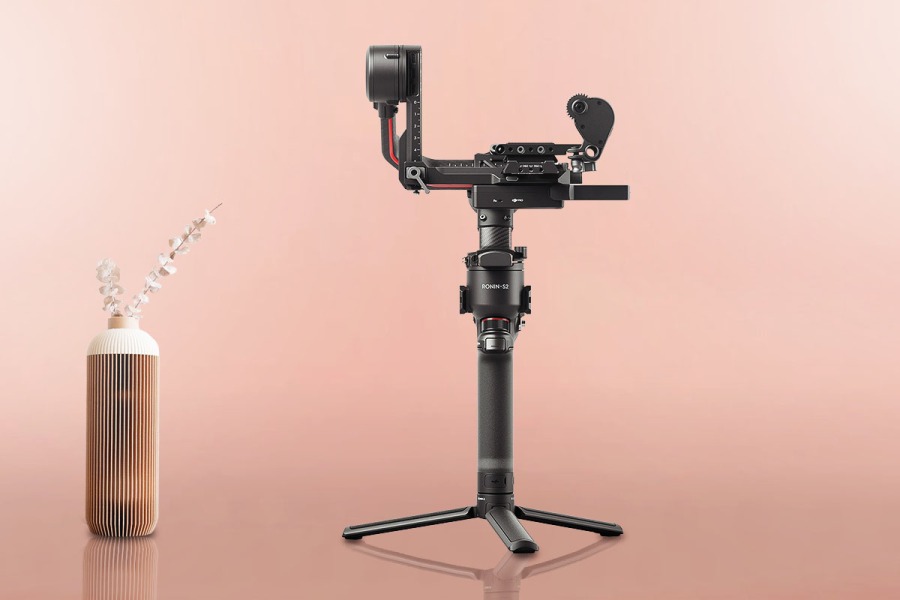 Even though they are best known for their drones, DJI doesn’t limit itself to making “aircrafts” for the cameras.

DJI doesn’t reinvent the gimbal with its RSC 2. It is a sculpted grip with a three-axis array of motorized arms. It measures 13 x 10.8 x 4 inches and weighs 2.65 pounds, folded it has a dimension of 260×210×75, meaning it occupies the same area as a sheet, A5 paper. Although compact and lightweight is tough enough to withstand up to 3kg weight.

It also has a 1-inch OLED screen and a menu control wheel so you can access many settings directly.It is sure feature-packed.

There’s the Timelapse that helps you capture the passage of time with a steady frame. 3D roll 360, meaning the camera can spin to take rolling shots.RavenEye helps you transmit the video while giving you remote control of camera parameters. Transmit 1080p video, adjust the parameters or even change settings from 200 m away. It has the ActiveTrack 3.0 built-in meaning it will use the source signal from the camera to track the subject.

Battery life: DJI claim that it can last for 14 hours and it support USB-C fast charging so you won’t have to worry about the battery life , its great.

Conclusion: DJI never fails to impress, it is a gimbal that opens up a new world for your camera thanks to its, great design/build, great stability, and tons of features. 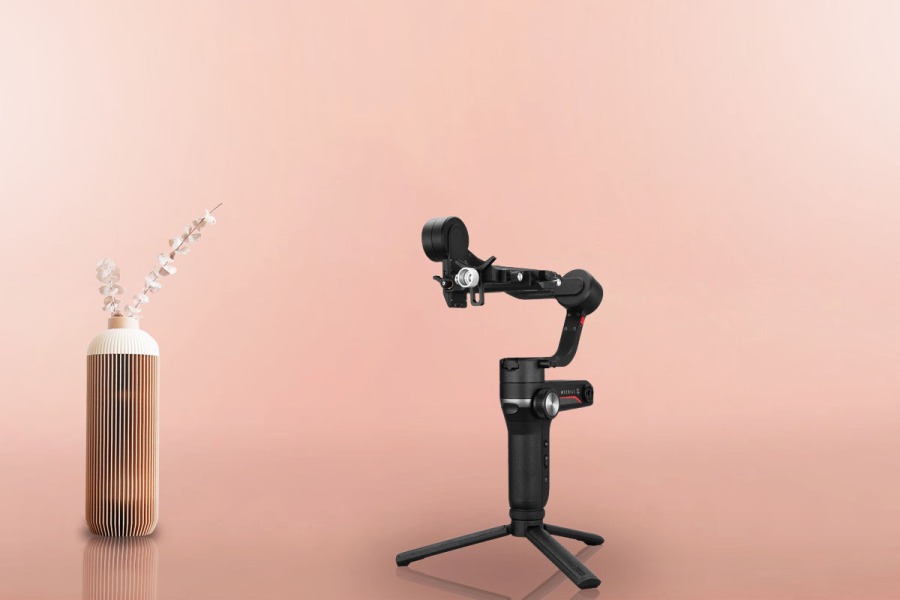 The Zhiyun Weebill -S is one of the smallest and light motorized gimbals currently in Zhiyuns lineup it is designed best for mirrorless cameras, especially the likes of Sony A7S III(or smaller models like the A6600).

It is a 3-axis gimbal, meaning it has three motors to control the mounted camera. The build quality is splendid, especially if you take the price into consideration. The arms and the motor are made from metal and feel solid and strong, the body itself is made out of plastic which is understandable but nothing to worry about. It measures 7.48 x 5.51 x 11.73 inches and weighs 2.04 pounds, making it quite attractive to carry on the off, Zhiyun bills it “as compact as a piece of A4 paper.

The OLED screen displays a lot of information about the Weebill and the camera, but it is hard to see when you use the gimbal. You can adjust the camera settings there, such as ISO and shutter speed using the scroll wheels.

You will also find the PhoneGo Mode, a mode that tracks people and objects that move quickly, once you tap the go button it will follow swiftly at maximum speed.

Motion Sensor Control, a great feature where you use your smartphone to control the gimbal.

Just like ActiveTrack 3.0 on the above option, the latter one has SmartFollow 2.0 to track objects precisely without the need to balance the camera.

It contains a 5200mAh battery, meaning it will easily accompany you through 14 hours of usage.

Conclusion: It is a great portable gimbal for hobbyists on youtube. It is really portable having lightweight and it can easily handle even a heavy DSLR, make sure you consider this bad boy. 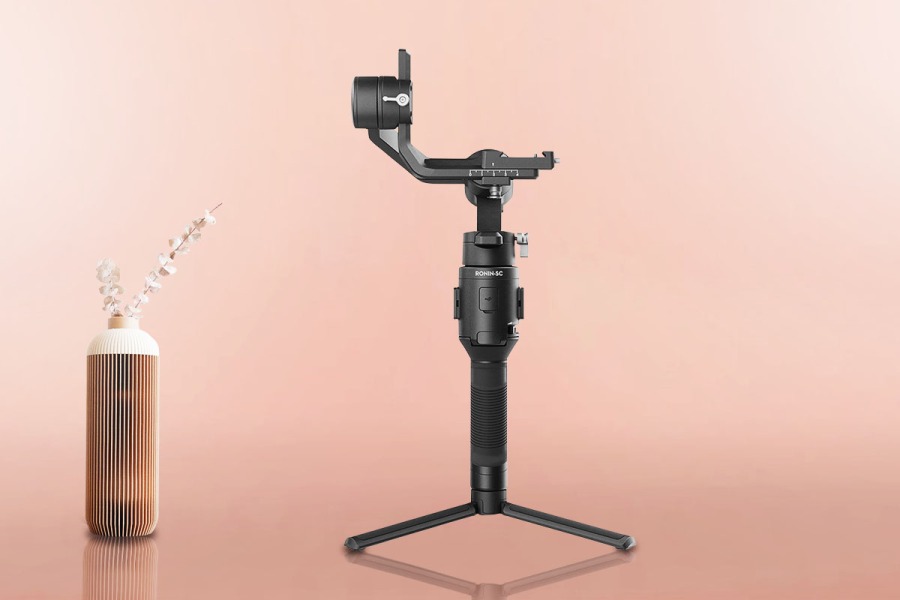 Despite the RSC being on the list already and the newer version, the DJI Ronin – SC is a superb buy and deserved a spot on the list for sure.

It is a solid and well-built gimbal that comes in a lightweight case with all the cables and accessories you need. It measures 13.39 x 3.94 x 14.57 inches and weighs 2.43 pounds, quite lightweight but strong enough to support most of the mirrorless cameras at the same time, the whole setup can be handheld with a single hand.

It features pan, tilt, and roll control with a 360-degree panning so it can create 360 degrees motion shots. It also includes the features I mentioned above the time lapse, MotionLapse, Motion Control, and the Panorama. Yes, it didn’t leave out the ActiveTrack either, it will follow the object automatically even if it’s moving fast. The Force Mobile allows you to control the gimbal from far away (25metres away ), using only hand gestures.

The part where it falls short to its brother is the battery life, no it’s not bad don’t get me wrong but, SC features a 2450 mAh battery meaning it is capable of lasting only 11 hours. Yet again, it has a USB-C port for fast charging capabilities.
Conclusion: It is a great friend for mirrorless cameras, it is well-built feature packed and it is cheaper than the RSC 2, meaning it is a great alternative buy if you cant afford the first option (it comes half the price).

The Moza Air 2 is the successor and the follow up of the Moza Air which was first announced in 2017. Being upgraded from the previous version, it is looking forward to exceeding and finishing off what Moza Air couldn’t.
It is tough and heavy at the same time since it is a gimbal that is aimed towards large capacities. It measures 5.12 x 3.94 x 3.15 inches and weighs 3.64 pounds. I know I can’t sugar coat it, to flag it as ” heavyweight for heavy cameras “. Even when using a smaller camera you won’t be able to hold onto it for a very long time. Kinda ironic how the gimbal is called “Air”.

But yeah, it is aimed mostly towards Mirrorless and especially DSLRS who run heavy lenses. Its weight capacity of 9.25lb (4.2 kg) gives you the freedom to use a lot of cameras and lens combinations without feeling limited. All this sure makes the Mozo Air 2 versatile, guess it is always good in the bad.

I really like the menu setting where you can tell the gimbal how heavy the payload you’re going to use it, there’s also the Auto-Tune so it determines the power level on its own. Its OLED screen I bright and fairly to see even outdoors, pieces of information are displayed in a clean and basic way, just what you need.

Battery life is another great thing, it is capable of lasting 16 hours while working continuously.

Conclusion: Even though it might have some drawbacks, it does the job perfectly. It is quite easy to balance, the build quality is great, and so is the battery life. Its quick release plate is among the best. There’s also the weight which can be viewed as a double-edged knife, it supports a lot of weight but at the same time, it weighs a lot. 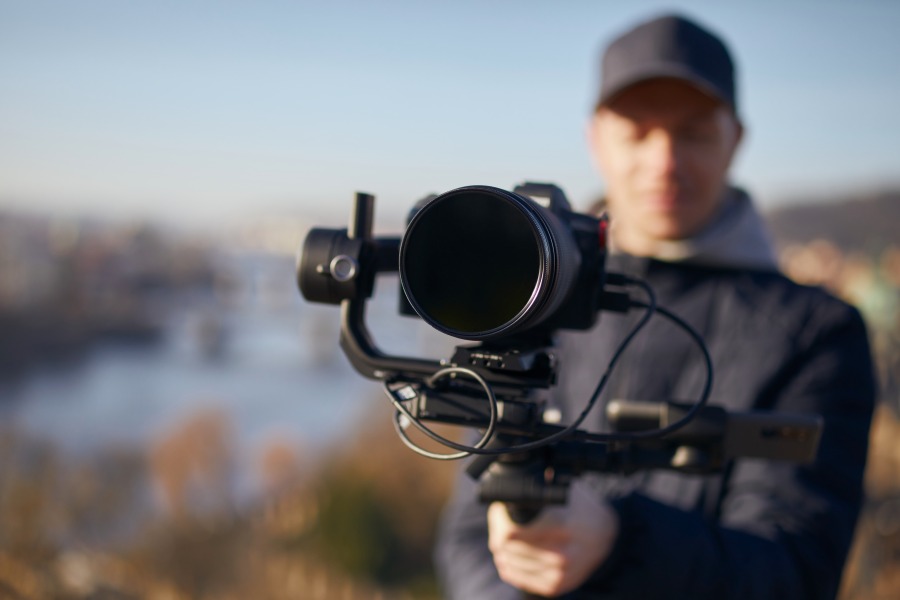 If you find it difficult to choose the right gimbal that will suit your needs, worry not since below I will list the most important features when buying a gimbal.

A gimbal should be lightweight and compact. If not it ruins the point of a gimbal and you will be in serious trouble.

They are basically a mini tripod if it cant stabilize your camera then it isn’t a gimbal pretty much your camera will be useless. Make sure to always check its stability system.

Besides hands, they can be used on other devices too such as helmets or on a car. It is not a must but throwing some extra cash for mounting features won’t hurt you, it will only benefit your creativity.

Always pay attention to its charging capabilities and how much it can last, you don’t want it to bite the dust, in the middle of shooting.

The Pros and Cons of using a Gimbal:

A Gimbal has a lot of benefits with just a few drawbacks, like it being discreet you won’t be able to hide what you are doing and will stand out a lot holding it. But I think those are small compromises for the value and usefulness they bring to the table, like I mentioned earlier even if you have a good camera a gimbal will just make it better.