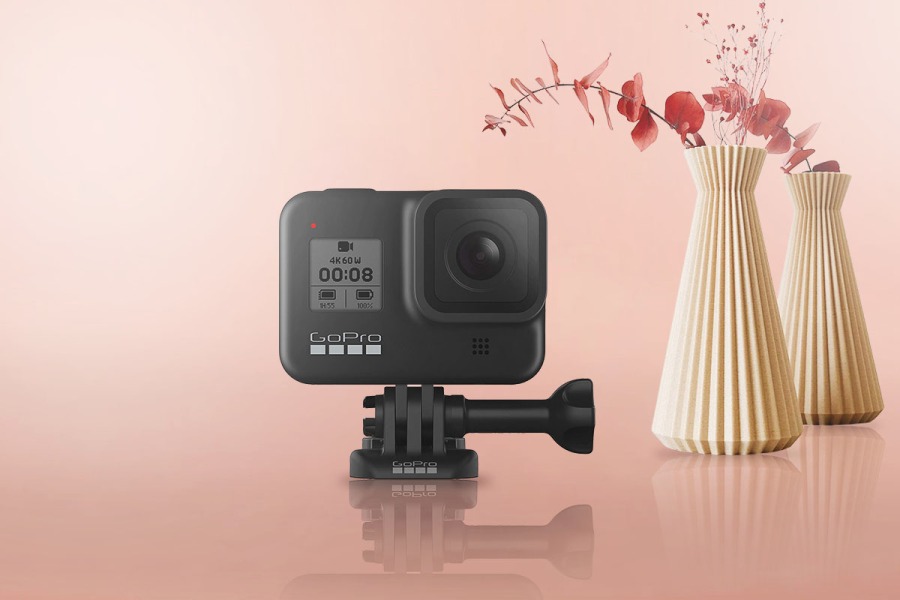 If you are looking for the best GoPro for kids, seems like you are now at the best place possible! In this article, you will find detailed information about GoPros and each and every product will be reviewed in the best way possible.

As some of you may already know, GoPro cameras are very famous action cameras that are on the market since 2004, and nowadays they are found anywhere around the world! They are amazing 360-degree cameras that bring the best of them with many features they include, they are great for the activities that require more movement. Kids take a place in that category too, right?

You will notice that this article is in a way divided into two parts, the three best GoPro cameras, and then I have added some “sparkle” by adding three more different action cameras!

Without losing too much time, let’s take a closer look at the top picks!

The Best GoPros For Kids 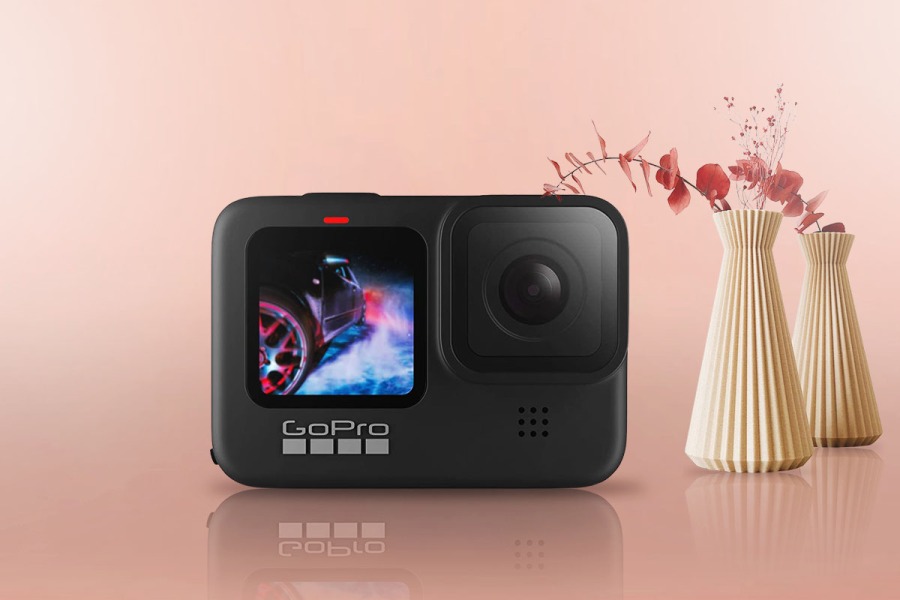 Even though GoPro has already launched the GoPro HERO10, HERO9 still stands as the best overall among any action cameras that you may think of. It is considered the most powerful action camera ever made!

Design-wise, this camera has and comes with a very rugged design! It is made of super-durable materials on the inner part that provides durability and longevity of the camera.

Even though covered in plastic, this camera stands as the most durable ones on the market. Action cameras are small in size, and this one measures 9.08 x 5.42 x 3.25 inches and comes with a weight of 11.2 ounces. The perfect size and the perfect weight for kids!

The GoPro HERO9 is also weather-sealed, meaning that the camera is durable in any weather condition. On the camera, you will notice two screens; the preview front (which is an LCD screen) and the rear one which is a touch screen. The LCD screen is clear enough for playing back your videos.

A specialty of this camera when it comes to video recordings is that it also can record on 5K, with an enormous resolution of 5120 x 2880 pixels. In case you want to record in slow-motion, the camera is able to do that too! It allows recording on 8x slow-motion and it is brought at 1080 pixels.

Via the Hyper-Smooth 3.0 video stabilization, the videos that are recorded don’t own and blur and shake. The camera works with a 30fps image capture speed and an optical zoom that works on 1x. You can also use the camera to take pictures and they are captured on 20MP.

It uses Bluetooth connection as a connectivity technology. The battery life is fully dependent on how you use the recording modes. When it comes to the Ultra-HD (5K) the camera allows 90 minutes, while on only HD the camera allows usage for 100 minutes.

GoPro HERO8 just as titled is the best-runner up camera when it comes to comparisons with the first one already mentioned above! It is an older launch from the 9 but still, it is one of the favorite choices when it comes to action cameras from this brand!

Even though on just a first look, based on the design, this camera looks kind of similar to the one already mentioned above, they do have some slight changes. For example, the GoPro HERO8 measures 1.14 x 1.89 x 2.6 inches, and it is more lightweight, at just 4.4 ounces.

The HERO8 is durable as well, including a very well build quality and the camera has a part on which you can fold your fingers and it doesn’t fall off in any way possible. The camera is waterproof and very durable as well, withstanding anything that may happen.

The video quality of this camera is also amazing! The videos you record will be brought to you on 4K UHD and the resolution they work with is 2160 pixels.

The colors of the video are very dynamic and very clear; anything that you record is delivered with a lifelike quality. The camera allows Live Streaming too, which works with a resolution of 1080 pixels. On the camera is also added the Hyper Smooth 2.0 technology, and the stabilization of it comes in three levels, On, High, and Boost.

With the LiveBurst built-in, the camera is able to record the moments 1.5 before and after your shot, so that there is a quite interesting feature. Kids can also take pictures with the GoPro HERO8 and the pictures are taken with 12MP. The zoom type of the camera is digital and it works on 1x.

The HERO8 also uses Bluetooth as a connection, and based on the battery life it isn’t the best but still, it is great in case you want to capture short footage. The camera can stay with you for about 60 minutes. 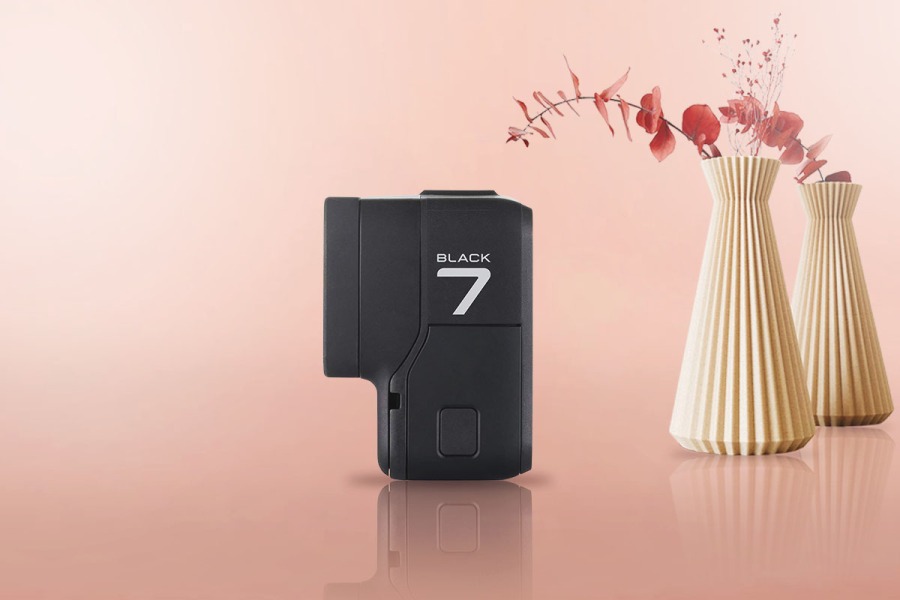 The HERO7 camera is GoPro’s 2018 launch. Still, it stays and always comes to mind first when we need great action cameras. It comes on a budget as well, making it affordable among the other two mentioned above.

The GoPro HERO7 measures 1.75 x 2.44 x 1.26 inches and the weight of it is 4.2 ounces. That makes this camera the lightest in weight and the smallest in size when compared to the other two GoPro cameras mentioned above. This confirmation is also related to the part where this camera is a great one when used by kids.

It is tough enough to withstand many things that may happen though! It is fully waterproof so that kids can use it even while swimming and record the best swimming experiences. The material that it is made of is all the same as any GoPro camera that may come to your mind.

The video of this camera is clear too! Any recording will be brought to you on 4K, meaning a resolution of 3840 x 2160 pixels. Everything that is being recorded is fully detailed, and you can notice the clarity the very first time.

The image capture speed of this camera is 30 fps and it includes a HyperSmooth technology for stabilization it is called digital stabilization, which totally reduces the blur that may happen during recording. The TimeWarp feature increases the speed of the camera by up to 30x.

There is Live Streaming included as well, and the live videos are recorded on 720 pixels. The pictures on the other hand are captured at 12MP which are very clear and detailed. You can also use the slow-motion feature which is recorded on 1080 x 240 pixels and it slows down things by up to 8x.

The connectivity technology differs from the other two GoPro cameras already mentioned, because this one uses a USB. The battery life works from 1.5 on up to two hours with normal video recording at 1080 pixels.

Alternatives To The GoPro

At the beginning of this article, I mentioned that it is in a way divided! Well, here goes the division of the article. In this part, you will find two other amazing action cameras that are considered great ones for kids! 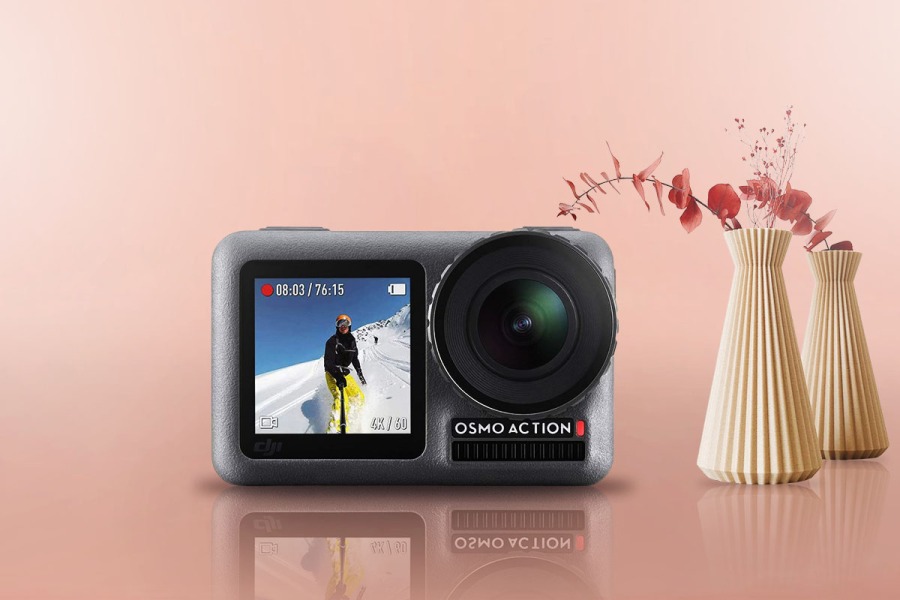 DJI is a company which is known mostly for drones, and making an action camera with great features wasn’t a hard job for them! The DJI Osmo Action is a very famous action camera that deserved a place in this article.

The DJI Osmo Action camera comes with a very similar design to the GoPro ones, on a first look, it looks almost the same. The dimensions of this camera measure 2.56 x 1.65 x 1.38 inches, and its weight is 4.4 ounces.

In general, the material that this camera is made of is metal, which is the strongest material that you can find on cameras. Besides that, the camera also owns a magnet on the bottom part; with which the camera can be put on on any accessory as well as you can put on your clothes. The DJI Osmo Action is a very durable camera, and it is fully dustproof, waterproof, and also drop-proof.

This camera has a sensor within. It is the CMOS sensor that has a size of 1/2.3 inches and it owns a resolution of 12MP meaning that you shoot pictures with it on that MP. The videos, on the other hand, are recorded and delivered to you as 4K HDR, they are very clear and with massive color accuracy.

You can record videos in slow-motion too, and just as in all the action cameras, it works on 8x. When recording in slow-motion the resolution drops to 1080 pixels. When you are recording, you will notice that the camera has perfect stabilization. For that is responsible the RockSteady technology which doesn’t allow any blurry thing in there.

In order to get connected with any device, the camera uses a USB. The battery life that the camera promises is all-day long for short footage only. If you want to record more, bring an extra battery. 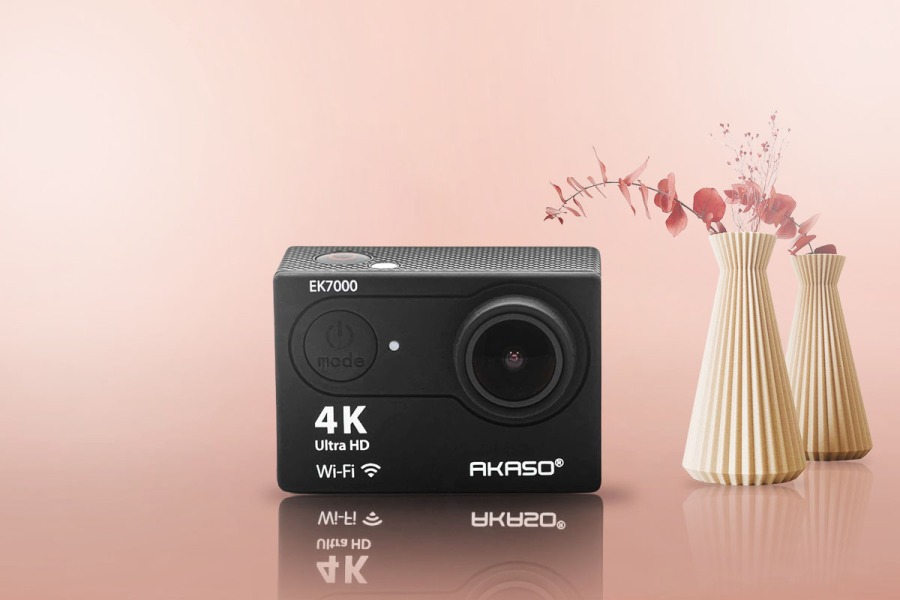 Here as the last camera in this article, I have chosen the AKASO EK7000. Being the last one, it doesn’t mean that the camera doesn’t bring great features! It is an amazing camera that can be used by kids very easily!

This camera measures only 0.9 x 2 x 1.5 inches and weighs 12 ounces. It is well built, including strong plastic and the plastic is also responsible for the lightweight. Based on the small size of the camera it is a great portable camera that even fits in your pocket.

On the sides of the camera, you will notice some rubber pieces, so that it stays better in hand when used by kids and adults too. It is also considered an underwater camera that can be used 100ft underwater without causing any problem.

The camera features an Ultra-HD 4K video recording that works on 25fps, and when taking pictures its capture speed works at 30fps, meaning that it increases during pictures.

The camera has a viewing angle of 170-degrees which is a high number when it comes to some other different action cameras. You can take Time-Lapse pictures, record Loop recordings, and anything you want to do is brought on its highest quality.

The camera comes with two rechargeable batteries and each one of them can hold up recording for up to 90 minutes. That being said, the battery life, in general, can go up to 180 minutes of recording.

FAQ about the Best GoPro for Kids 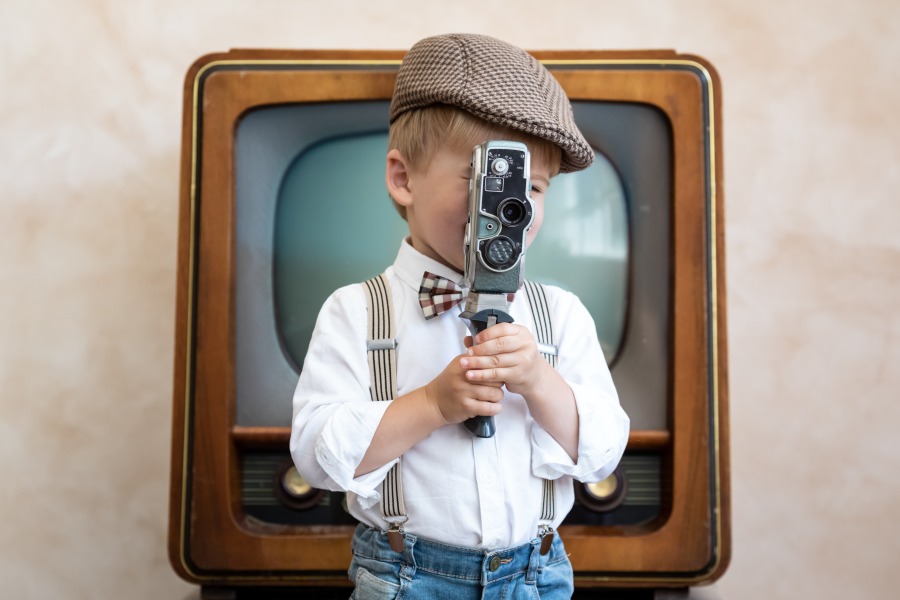 Are GoPro cameras easy to be used by kids?

GoPro cameras are known as very easy to be used by everyone, and for kids, they are easy as well. Since they are safe and very durable, they are a great choice when it comes to kids too, also they include simple features. Don’t worry at all, because they are easier to be used than you can imagine!

What can a kid do with a GoPro camera?

What can be better than a kid himself or herself to record or take pictures of their own childhood? The action cameras help this fact a lot because they in a way record just as the children see from their own perspective.

So, as you can see, in this article are mentioned three types of GoPros for kids, and two other types of action cameras, in general! Each one of them has its great features that make the cameras unique or special in their own way.

The cameras that are mentioned, even though used by lots of professionals and many adults, can easily be used by kids as well.

With the durability, waterproofness, ease of use, and great video qualities, they all are great for your kids. They can live and as well record any moment that they want! I really hope this article will help you choose the best GoPro for your kids!