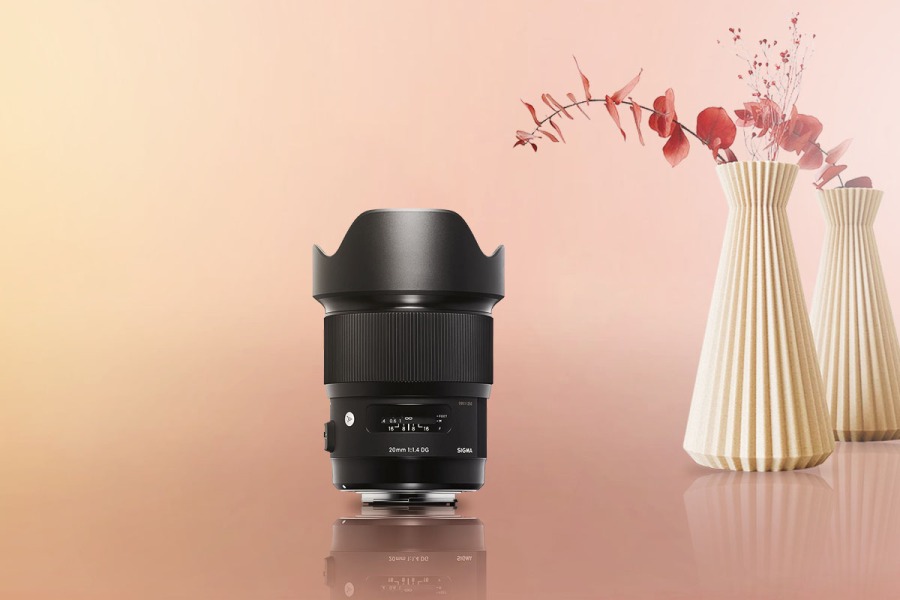 Canon EOS Rebel T7 is a DSLR camera that comes from the EOS Rebel series, which is one of the best series ever launched by the Canon brand.

The Canon Rebel T7 features the amazing 24.1 MP CMOS APS-C sensor and the great Digic 4+ image processor. What is special about the design of the Canon Rebel T7 is its grip. The Canon Rebel T7 owns some rubber parts on the side of it and it brings comfortability even f you use it for a long period of time.

Both pictures and videos come in high quality and they come with magnificent clarity!

There is also another thing that shouldn’t be left unmentioned! The Canon Rebel T7 has an image stabilizer that is fully built-in and it works perfectly fine even if you have shaky hands; it won’t show any blur on your pictures or videos.

Now, something that you would need to use this camera with is the lenses! In this article, I will tell you which is the best lens for Canon Rebel T7. You will find the top five picks that include different listing names, you can understand better what those lenses are the best for.

Without further ado, let’s take a closer look at my top picks.

Sigma is a very well-known brand in the industry of lenses in general, whereas the ART line from Sigma is dedicated to photography as an important art form, and on this series, Sigma added some of the greatest lenses that will help you bring the artistic part of your pictures. This is a prime lens. Sigma also claims that this is the worlds first 20mm prime lens.

This Sigma prime lens has a very compact build and it is well done, but still, you may consider being aware that the lens is not resistant to weather conditions and you should be careful when using it. The dimensions of this lens are 4.37 x 3.31 inches and its weight is 1.42 pounds.

It owns a super multi-layer coating, and the elements that are added to this lens are two aspherical elements, two FLD elements, and five SLD elements.

As a standard prime lens, it owns a fixed focal length which is 20mm, and the aperture is a rounded one with 9-blades that provides a perfect bokeh effect on your pictures! There is also the aperture that works at f/1.4.

The focus is driven by the Hyper Sonic AF Motor and it is very accurate. However, you can also use the focus with a manual override; meaning that you can adjust it in any way you want. The full magnification ratio is 0.14x. One thing that i don’t like about this lens is that it does not have any kind of image stabilization. However, since the Canon Rebel T7 has built-in image stabilization, you won’t have any problems.

Definitely a great lens for the Canon Rebel T7. 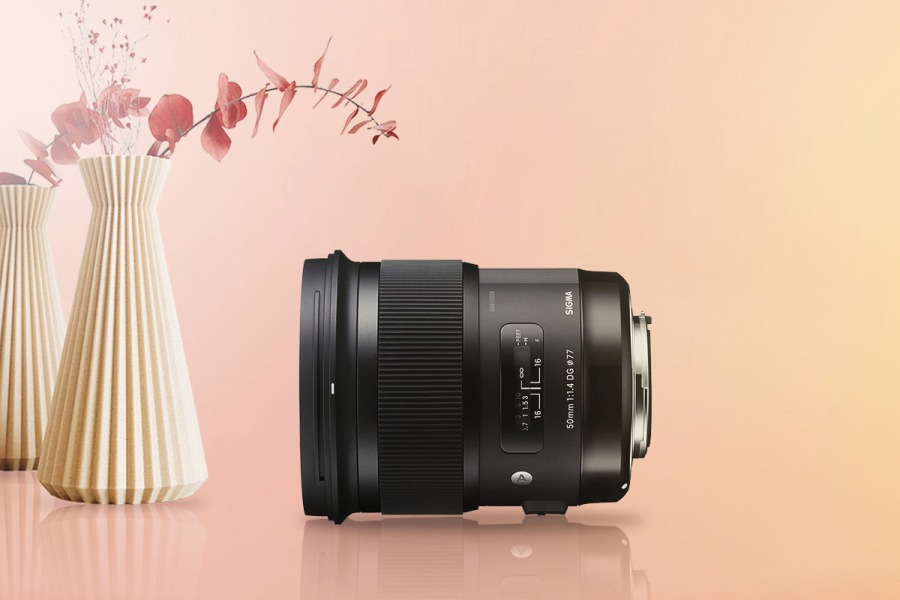 Another Sigma lens for the Canon Rebel T7, again from the Art series. This lens differs a bit from the other one mentioned above because of the focal length, but still, some other things make them different from one another.

Measuring 3.94 x 3.35 inches and weighing 1.8 pounds, this lens is very well built but it is not resistant. Based on what I listed this lens best for, I don’t think that there will be a problem since, in a studio, you won’t deal with anything that may destroy the lens.

The coating that is added to this lens is also a Super-Layer. This type of coating fully suppresses flare and ghosting by not letting any reflection on the lens. It also owns one molded glass aspherical element and three special low dispersion elements.

Just as the other lens already mentioned above it also owns a fixed focal length that in this case works at 50mm and an aperture that works at f/1.4. Even though the aperture is the same as the first one, there is a difference when it comes to the focal length.

It is again the Hyper Sonic AF Motor that drives the focus of this lens, and it does the job quite well. It brings a near-silent focus, which is very fast and super accurate when it comes to tracking. 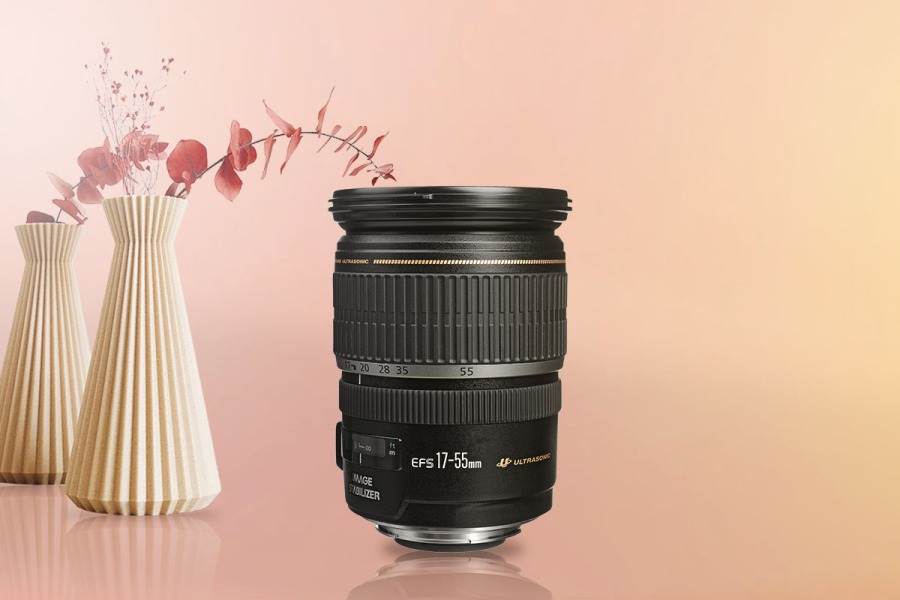 What could be better for the Canon EOS Rebel T7 than a lens that is designed and made especially for Canon DSLR cameras! It is an amazing wide-angle lens that does a perfect job even in the darkest environments where you may be taking pictures because it has a great performance in low-light, just as titled.

Being a little bit bigger than the other lens mentioned above, it has a body that measures 4.37 x 3.31 inches and its weight is 1.42 pounds (basically the same size and weight as the first Sigma lens that I mentioned as the first one).

The coating that anon added to this lens is the Super Spectra and it has two types of elements. UD elements that are two in number and aspherical elements that are three. The coating and the elements combined do a great job when it comes to reflections, ghosting, and flare. they work combined in order to help you capture clearer pictures.

As you can notice, the focal length of this wide angle lens is not fixed and it is basically a lens that allows zooming in and out. The focal length works from 17mm to 55mm. As for the aperture range, this lens has the most common aperture that is added on lenses, the f/2.8.

The focus works via the Ring-Type Ultrasonic Motor AF System and it is known as the most precise focus that also works in the fastest way possible. this wide angle lens also owns an image stabilizer. It is an optical one that doesn’t allow any blur on your pictures. The added image stabilization in this lens definitely plays a big role in ranking it among the other lenses here. It’s image stabilization is great!

This is a great zoom lens that gets the job done pretty well. If you want to shoot subjects far away, the zooming capabilities of this zoom lens will get the job done perfectly. 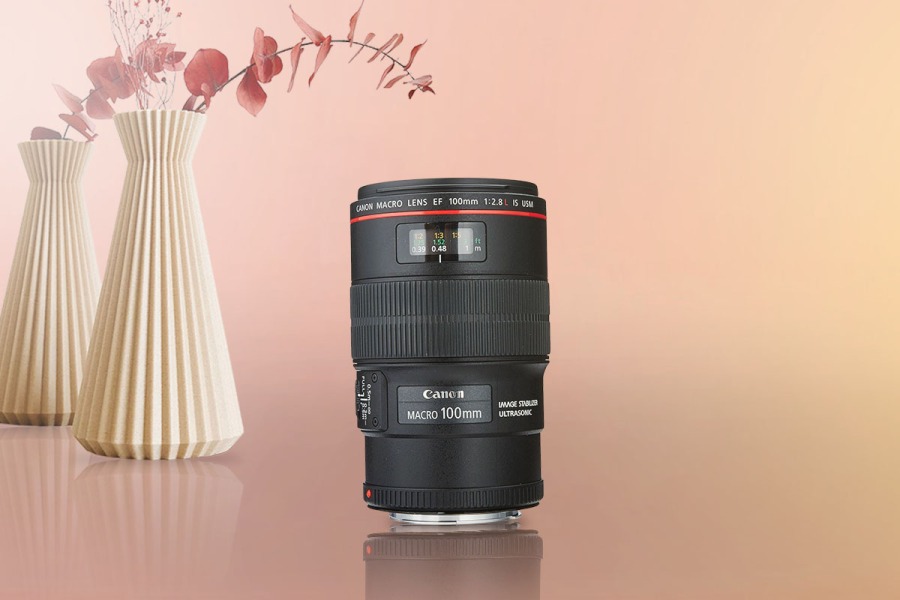 Here goes another lens that is specifically made for Canon DSLR cameras. It is an amazing lens and it stands in between mid-telephoto macro lenses. As you can notice, I listed this lens as the best for macro photography, because it really does a great job when used for that particular type of photography.

The full body of this lens measures 4.84 x 3.07 inches and it weighs about 22.08 ounces; it is lightweight and a great travel companion. This lens has a full weather-sealed construction and it is resistant to dust and moisture; meaning you can use this lens whenever and wherever you want to.

The coating that this lens owns is a Super Spectra, and it has only one Ultra-Low Dispersion element. On this lens, Canon added an amazing optical image stabilizer that helps a lot during pictures and mostly when recording videos. It doesn’t allow any blur within.

The focal length works at only 100mm, which means that you cannot zoom in or out. But still, when it comes to macro photography it is more than perfect. The aperture that this lens works with is f/2.8.

As long as the focus is concerned, it is driven by the Ring-Type Ultrasonic Motor AF System. When you use the focus you will notice that it works in the best performance ever! 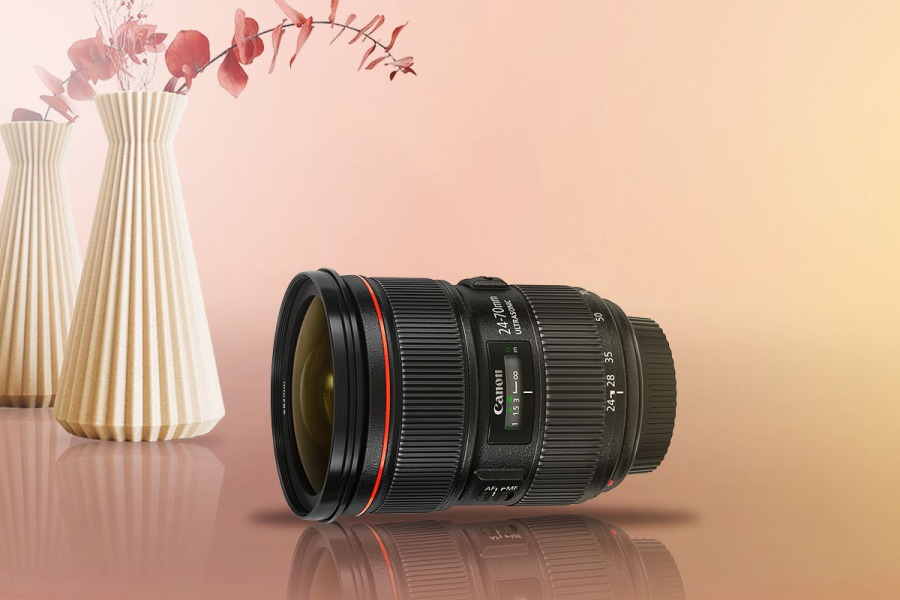 As the last lens in this article, I’ve chosen again a Canon lens! What can we do though? Canon really knows how to deal with lenses about their cameras, just as the Canon Rebel T7. So, this lens is listed as the best overall and it totally deserves that name! It really does a perfect job for anything that you might use it for! What you should know about this lens is that it is a little bit pricey.

This lens is a very durable one! When I say durable I am based on this lens’ ability to withstand any weather condition since it is fully weather-sealed. It can easily resist moisture and dust. When it comes to its dimensions, this lens measures 4.45 x 3.5 inches and its weight is about 1.77 pounds.

Fluorine Coating is the most famous coating that lenses can own and it is added to this one, along with a Super Spectra Coating. There are as well added three aspherical elements, two UD elements, and one super UD element.

Moving down to the focal length, the lens has the ability to zoom in or out from 24mm to 70mm, while its aperture is circular and it is f/2.8. Based on the focal length and the aperture, I listed this lens as the best overall since it does a great job in any type of photography, the circular aperture works perfectly when it comes to portrait photography!

As you all know, the Ring-Type Ultrasonic Motor AF System is one of the most used focus systems on Canon lenses, and it cannot be missed on this one as well. It works just as it is supposed to, perfectly fine. It’s an amazing lens for group photos.

A Few Words about the Focal Length and Aperture on Lenses 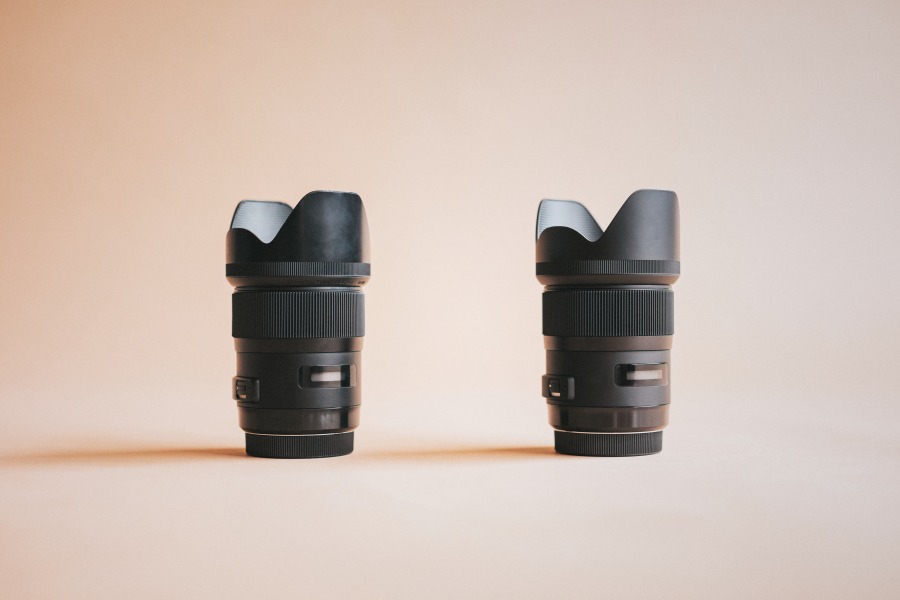 The focal length and the aperture of a lens are the lenses’ most important things, that can be noticed immediately whenever trying to find lenses in general. However, understanding these two important features is a bit complicated because the numbers that are added may confuse you a little bit.

Starting with the focal length; it is basically the distance that is found between the lens and the image sensor of the camera that you are using (in this case Canon Rebel T7). There are different focal lengths on different lenses, and they all come measured in millimeters. The focal length is also related to the focus ability since by the focal length you can find the magnification ratio. The job of the focal length is to tell you how much of a scene you are capturing on a picture and it also tells the ability to zoom in and out. If you notice a lens with two numbers regarding the focal length, you can zoom in and out, but if there’s added only one number (meaning a fixed lens), you cannot zoom.

So, here it is! The best lens for Canon Rebel T7! I tried to find some of the best ones and listed them what they are best for so you won’t have a problem choosing to use any of them with your Canon Rebel T7, for any particular thing that you may need.

What I would like to mention, is that many lenses work with many types of cameras too. However, if the camera that you own is not a Canon Rebel T7, I’ve already written some other articles regarding the lenses that work perfectly with Canon M50 or if you own a Canon T3i I would advise you to check out some of the greatest lenses for your Canon T3i.

I cannot help but mention that there are some lenses for Canon cameras to take landscape photography!