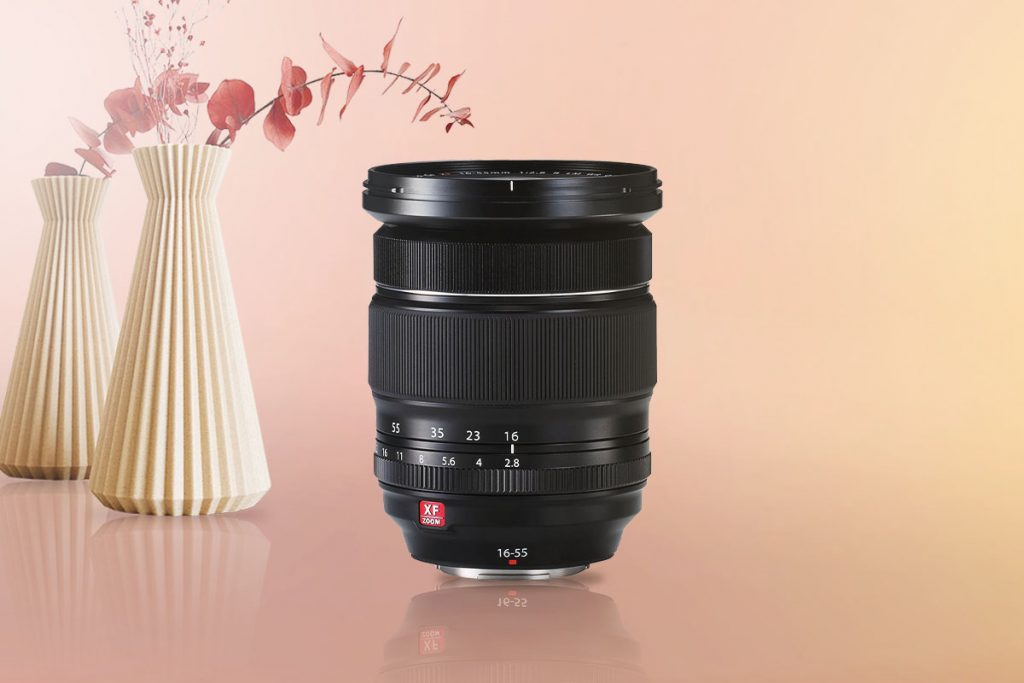 Vlogging is one of the best and the coolest ways to share something with your “audience”. In simpler words, the name vlog stands for a video blog or video log, in which you can share whatever you want to on a video format.

Lenses are the most important things or accessories that you can purchase, and it is related to vlogging as well. If you have already chosen one of the greatest cameras for vlogging, in order to complete the full gear, in this article, I have chosen to list some of the best lenses for vlogging.

I’ve found the full five best lenses for vlogging! They come from different brands, so you can choose based on what type of camera you use.

Without further ado, let’s get straight to the lenses that chose!

Starting the list with a Fujifilm lens, which already tells that it is made specifically for Fuji X-Mount cameras, from the Fujifilm brand. This lens is a great standard lens that is used by lots of photographers.

As a whole, this lens measures 4.17 x 3.27 x 3.27 inches and weighs about 1.44 pounds. Even though it may be a little bit heavy, the lens makes up the situation by being resistant to dust and any weather condition (WR on its name meaning weather-resistant). It is basically a lens that could work anywhere.

The coatings that Fuji added to this vlogging lens are Nano-GI and HT-EBC. Both of the coatings that are added improve the performance of the lens, and they help reduce the reflections that may be caused while taking a picture. When it comes to the elements, it has three ELD elements and three aspherical elements; for chromatic aberration and color accuracy.

You can already see on its name that the focal length of this vlogging lens works from 16mm to 55mm, and it has an aperture that works at f/2.8.

The autofocus that this vlogging lens owns is accurate, fast, and very silent. It works driven by the Twin Linear Autofocus Motor, which is a system that is added in most Fuji lenses. The magnification ratio that it can bring to you is 0.16x. 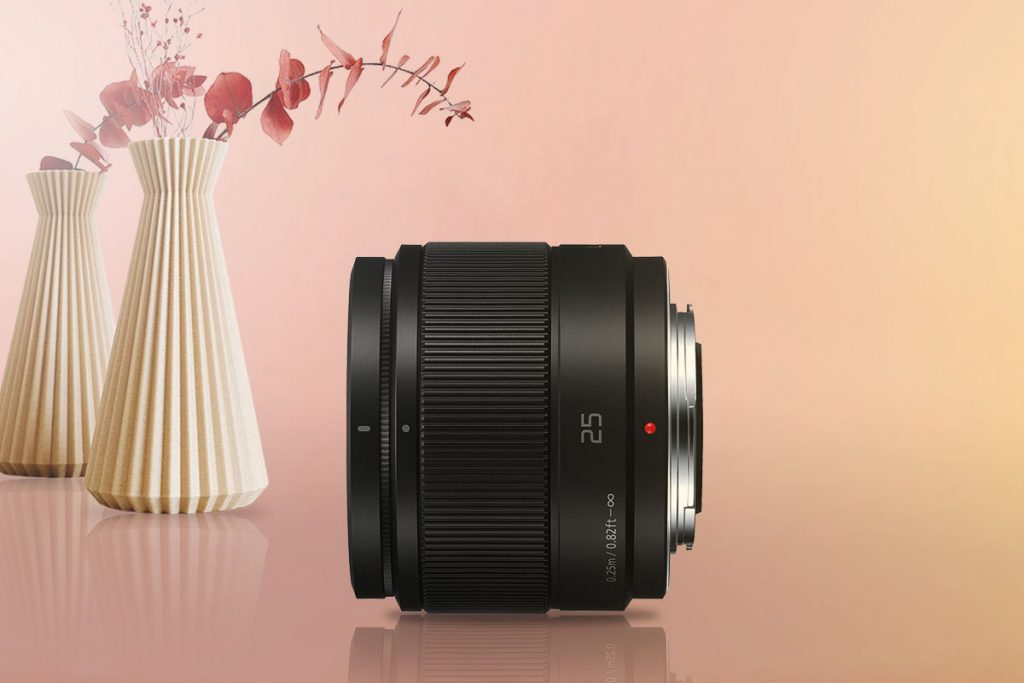 From Fujifilm, I would like to go on and mention another brand of cameras in general, Panasonic! As you know Panasonic cameras are great ones and the most famous series of cameras on this brand are the Panasonic Lumix. Here goes a vlogging lens that will work perfectly fine with those cameras from the G series. It is again a standard lens.

The full body of this Panasonic Lumix G lens measures 3.23 x 3.23 x 4.41 inches while it is super lightweight at just 7.8 ounces. The lens is sturdy enough to be used wherever you want, but still, you may want to be careful while using it during rain because it is not resistant like the one already mentioned.

In this vlogging lens, we deal with one type of coating the Nano Surface coating. A coating that fully reduces the flare and ghosting. There are two types of elements; one Ultra-High Refractive Index element and two aspherical elements. The elements help the lens achieve an amazing illumination and sharpness in pictures.

Via the Stepping AF Motor, the focus is very smooth and near-silent. It works great when taking pictures and recording videos. The magnification ratio that it provides is 0.14x. 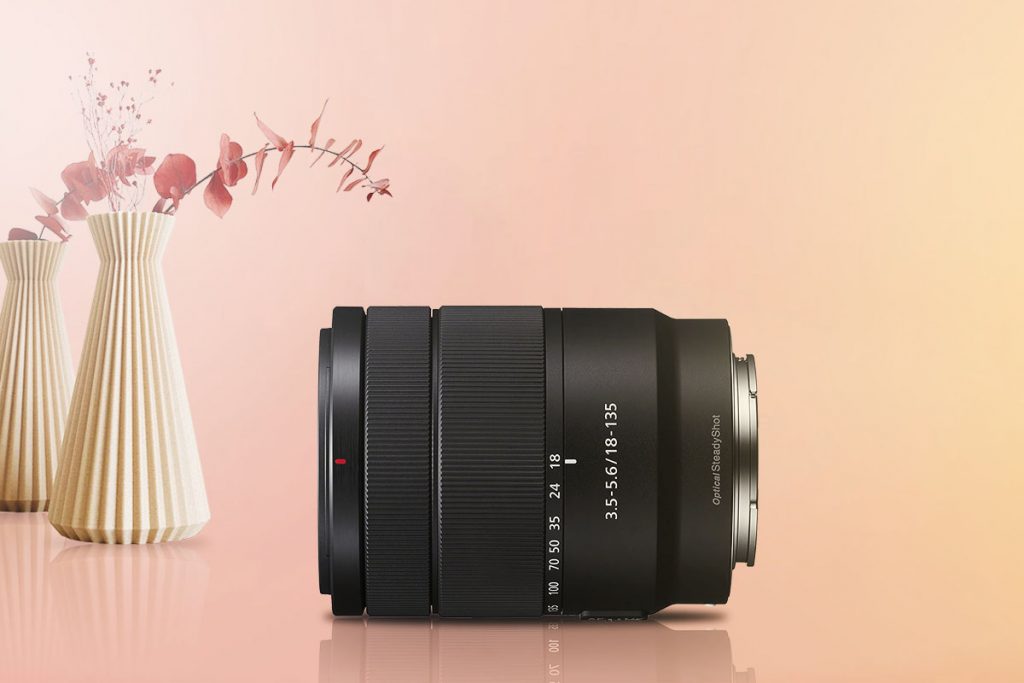 What if you own a Sony camera? Well, here I chose an amazing Sony lens, that does a perfect job with different types of Sony Alpha cameras. It is a three-in-one lens since it is known as a wide-angle lens, a telephoto lens, and a normal lens.

Measuring 2.75 x 3.5 x 0.03 inches and weighing 11.5 ounces, this vlogging lens is known as the lightest in weight, with an amazing portability feature. You can carry it around wherever you go. Even though small and lightweight, the lens is made of polycarbonate and it is a very sturdy one.

The focal length of this Sony lens starts from 18mm as the minimum, while the maximum focal length that it can achieve is 135mm. When it comes to the maximum aperture, it works at f/3.5 and f/5.6.

You must have heard about the OSS! For those that didn’t, OSS means Optical SteadyShot. It is an amazing Image Stabilization that fully minimizes the shake and helps you bring videos with no blur. 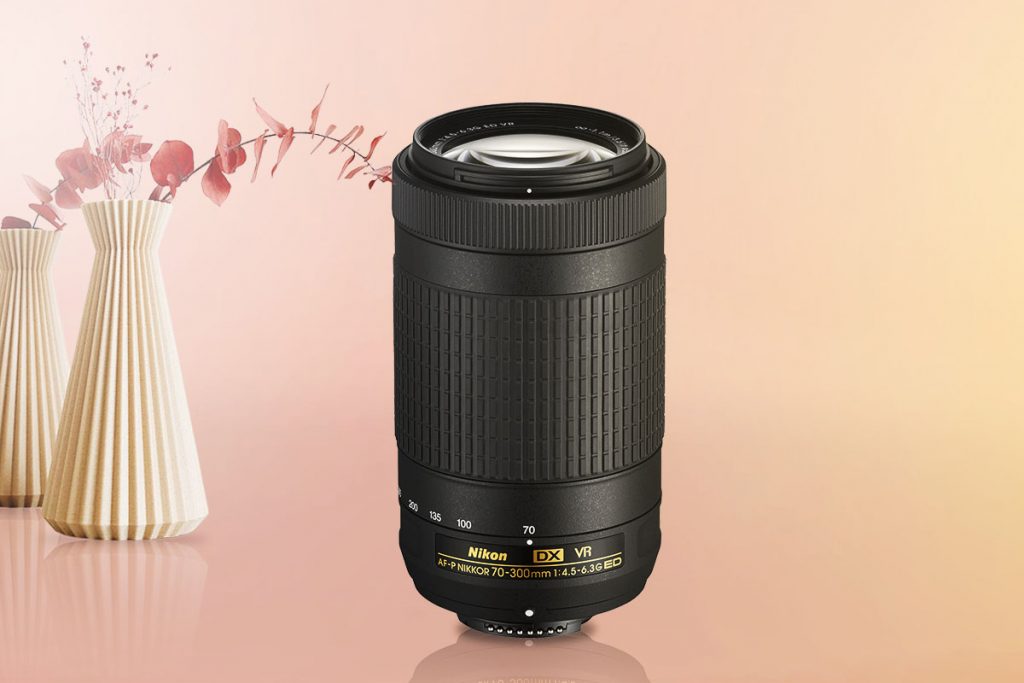 Next on, in the list appears the greatest choices regarding the best lenses for vlogging from Nikon. This lens is a telephoto zoom lens, which is used by many professionals all over the world. It is one of the best fits for Nikon DSLR cameras.

The coating that this zoom lens has is the Super Integrated Coating which is in charge of fully reducing the ghost or the flare while you are taking pictures, and it helps you capture the clearest pictures ever. The element that is added is one Extra-Low Dispersion element.

The focal length of this zoom lens as seen in its name works from 70mm and goes up to 300mm. The aperture as well comes with a range and it works at f/4.5 and f/6.3.

The autofocus of this Nikorr lens is fully driven by the amazing Pulse Stepping Motor. It is one of the greatest autofocus systems, and it is very accurate and known for its super-fast speed. The magnification ratio that this vlogging lens can bring to you is 0.22x.

With the vibration reduction (VR) that this vlogging lens uses as image stabilization, you can freely take pictures and record videos because there is no blur to be seen.

If you are looking for a zoom lens for vlogging, then this is a great vlogging lens. It has a superb image quality and great image stabilization. Definitely recommend it to everyone. 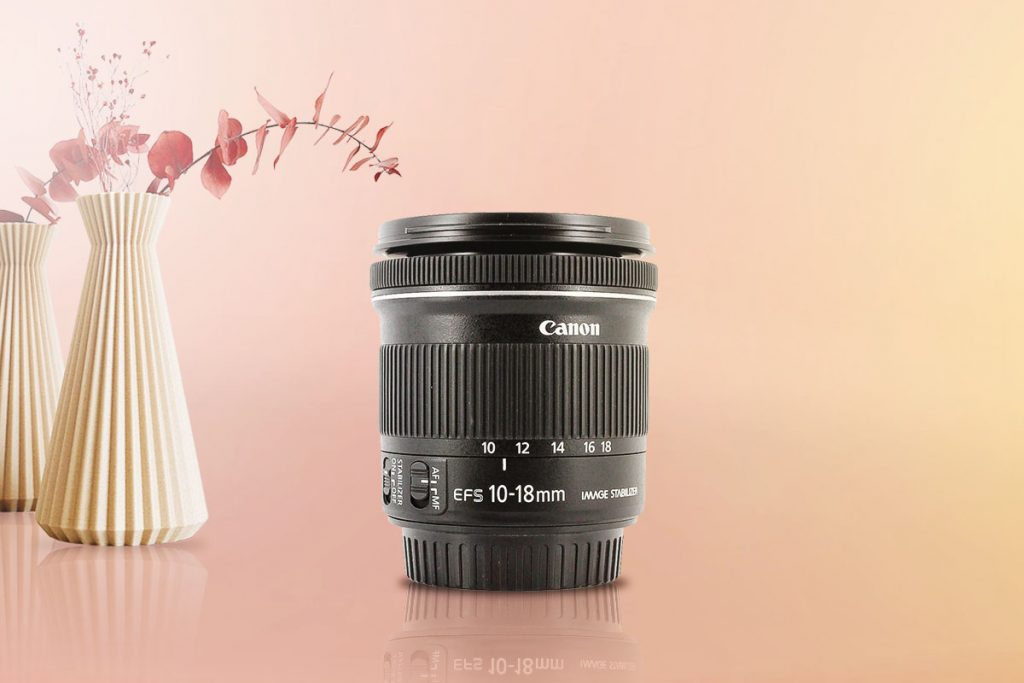 Coming at the last but not the least lens, an amazing ultra wide-angle lens that comes from the famous brand, Canon. The compatibility of this vlogging lens varies since it works more properly with the Canon cameras that own an APS-C sensor. I can confidently say that this is the best wide angle lens you can get for vlogging.

This Canon lens is very compact and very well-built. It measures 2.83 x 2.95 x 2.95 inches while it weighs only 8.5 ounces. It is a small and lightweight lens that easily becomes your best friend when you travel.

The Super Spectra Coating that is added to this canon lens helps reduce the flare and ghosting and it is one of the most used coatings from the Canon brand, on their lenses. The elements found on it are two; one UD element and one aspherical element.

When it comes to the focal length of this canon lens, being an ultra-wide-angle lens, it owns a focal length that works from 10mm to 18mm, and its maximum aperture works from f/4.5 to f/5.6.

The system that drives the focus on this vlogging lens is the STM Stepping AF Motor, which does its job perfectly fine, and the focus is not only accurate but also very fast, and when in the video it owns a tracking feature. The magnification ratio of the focus is 0.15x.

It owns a great Optical Image Stabilizer, which is one of the best ones when it comes to vlogging since it doesn’t allow any blur to be seen in your videos.

Definitely a great vlogging lens that will perform well in any situation.

What is vlogging, and how does it work?

As mentioned at the beginning, a vlog is basically a type of blog and on it, you will find different videos of people that talk about a particular subject.

What are the types of vlogs?

Is there a difference between blog and vlog?

Even though they sound and somehow are the same thing, a blog and a vlog have an important thing or a key difference that makes them totally different from one another. In blogs, you find written content of different topics, while in a vlog, you will only find video recordings of a particular topic.

Do I need a lens for vlogging?

As some of you may already know the lens plays a quite big role during recording videos of any type, and almost for everything. A vlogger would want the best video quality while recording so that when posting it, it can be seen in the clearest way possible by the audience.

The simplest answer is yes! I would recommend you use a lens while vlogging.

What lenses and cameras do vloggers use?

As for the lenses, on the list of the lenses that I mentioned above, you can notice that most of them are wide-angle.

I chose them since all vloggers all around the world, mostly use wide-angle lenses. They can capture more scenes on a particular video or just a simple video.

What are the types of lenses that every photographer should own?

The number of lenses that can be found in the market is really uncountable! However, if you need advice, there are some types of the most important lenses that every photographer (beginners and professionals) should own:

How to Become a Vlogger?

There is no such rule that says you should do this or that! However, there are some things that people who became vloggers tell! Those things include:

Find the Thing that You Do Better

You can not start a vlog without knowing what types of videos you will share on it, right? There must definitely be something that you can definitely do better, and on those things are included the types of vlogging that I mentioned above.

What is left to do is to start recording your videos, or if you have some already recorded, even better!

After choosing what you are going to do, the next thing that is left out to be done is create your channel! Vloggers always tend to find specific names for their channels, and you should do that too!

Be original when choosing the name, and name it fully relatable with what you are going to post.

In order to create an audience, you should definitely be active on your channel and post regularly on it. That way, people who watch your videos will notice that you are trying to bring out the best of yourself!

Checking the comments and replying to some of the comments that are questions or anything else means that you are in an interaction with your audience, and it is the way of showing that you care about their opinions!

Even though there can be some critics, try to improve yourself based on them!

Nowadays, the best marketing site worldwide is social media! Share your videos on social media so that you can gain an enormous audience, and basically, you can become famous!

Vlogging is one of the most popular things nowadays! It allows people to share what they do, and the part that I like about vlogging is that everybody can share their talent!

I hope that this article will help you find the best lens for vlogging!

Above I mentioned that there is a huge number of types of vlogging in general, and on them I mentioned motovlogging! It is a very famous vlogging which is mostly recorded with an action camera and to make the job easier for you I’ve prepared an article which contains some impressive action cameras for motovlogging. Or, if you are not into vlogging but instead you are a dancer and would like to record your dance moves, let me introduce you to some of the greatest cameras used for dance videos.