Perhaps you’re looking to purchase an Olympus camera. That’s an excellent choice, regardless of what others may say.

Just because Olympus isn’t quite ready to compete with the big dog’s Sony, Canon, and Nikon, doesn’t imply that it is a bad choice.

Along with its friend, Panasonic, Olympus sits in the budget/mid-range spectrum of the cameras, which mostly satisfies entry-level and hobbyist photographers.

If you’re seeking the best cameras Olympus has to offer in 2022, you’ve come to the right spot.

In today’s article, I’ll cover what I feel are the Best Olympus Cameras. 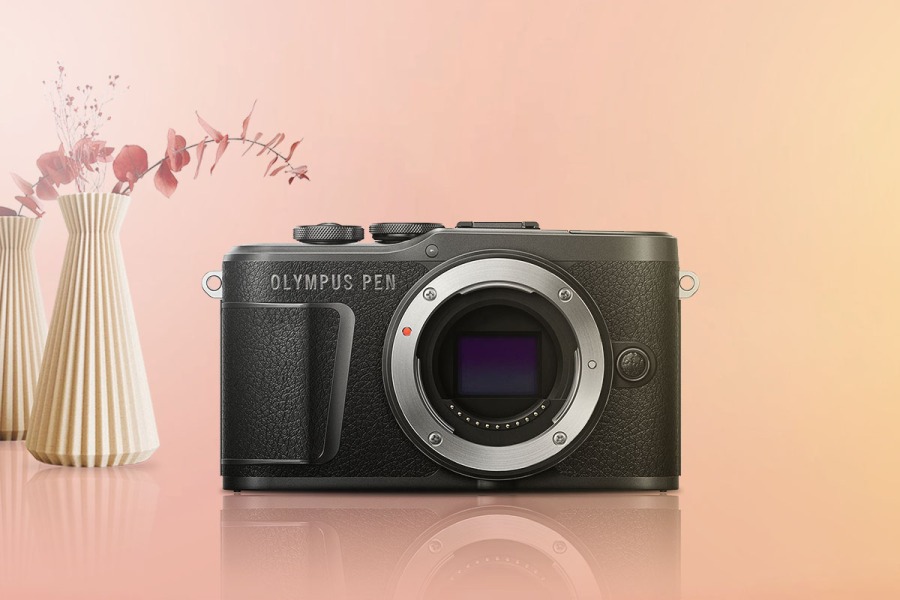 The PEN-PL10 is the successor of the E-PL9, a compact camera with a lot to offer, and it’s the first camera on the list for beginner Olympus users.

Things are shifting due to the arrival of the PL10, which will cover what its brother could not.

The Olympus PEN E-PL10 is a brand-new entry-level compact-mirrorless camera that has to offer a lot for the price it comes with.

It is available in white, black, and brown colors, and it looks quite similar to its predecessor, the E-PL9.

The camera is ridiculously small; Olympus claims it’s lighter than a bottle of water – in other words, something most people will take with them on a daily basis.

What I particularly like about this is the 3-inch LCD screen; it is something that would appeal to nostalgia merchants. The screen can be turned outwards, then up, out, around, and down to face the subject for those inevitable selfies.

It has an old version of a 16MP image sensor behind the hood, but you will never notice or feel that the image quality is poor. The PEN E-PL10 has in-body image stabilization to help with blurry pictures when shooting in low-light environments, and it doesn’t forget to include 4K video content, either.

It has a 350-shot battery life rating, which is the same as its siblings, the E-PL9 and E-PL8. 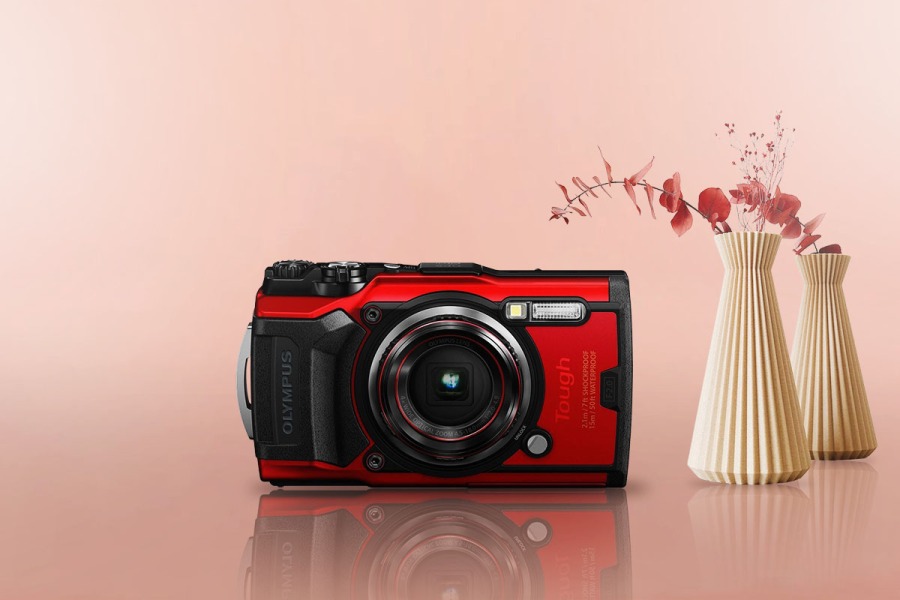 You simply can’t hate the upcoming camera, and in a way, this camera is what keeps Olympus alive and at high echelons. No offense to the rest of the cameras from Olympus.

After the success of its predecessor the TG-5, the TG-6 maintains the brand’s tradition of being the best underwater camera in its class. It is marketed as the “ultimate everything-proof” device. I can go as far as say the best underwater camera to ever exist. Smartphones “pledged” to remove the point and shoot cameras from the game, but they can’t hold a candle to the TG-6.

Its name is even imprinted with the word “tough”, how cool is that. The TG-6 is freezeproof down to -10°C, crushproof up to 100 kg, and most importantly, submerge proof up to 45 meters. It also has a dual protective glass for excellent anti-fogging on top of all those resistances. Tell me about a smartphone that can do this? The punishment this camera can endure is just insane.

The TG-6 has the same 12MP sensor as its sibling, which isn’t groundbreaking but isn’t bad either; great quality pictures are promised.

What’s astonishing is that for a compact camera designed for underwater use, it can take 4k videos at 30 frames per second or 1080p at 60 fps.

The battery is rated for 340 shots, however, the GPS and Wi-Fi functions will drain the battery faster. Olympus was kind enough to incorporate a USB charging port on the camera, which makes life a lot easier for us. 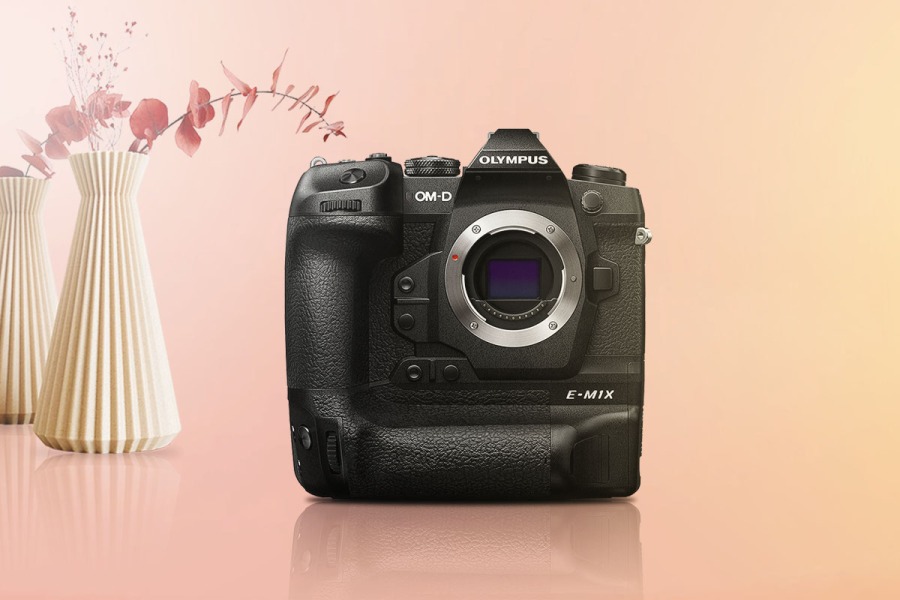 The next camera on the list is a mirrorless camera that disproves full-frame users. The Olympus OM-D E-M1X is a high-end mirrorless camera designed for sports and wildlife photographers that strive for speed and durability.

If you saw this camera for the first time, you would be confused. It has a large camera body with a Four Thirds sensor that is quite small.

The grip is a fixed feature of the camera, just like the one on the Nikon D5. However, this camera is mirrorless, which is a little strange. Two batteries can be inserted, and the grip features all of the necessary controls.

It is the largest micro-four-thirds camera released to date.

Even though the camera is enormous, the large grips are perfectly curved, making it quite pleasant to hold, especially when using longer, bulkier lenses. One of the most impressive aspects of the M1X’s build quality is its excellent weather sealing.

Nonetheless, it is an innovative camera that has been well received by professional photographers.

Under its hood, it employs the same 20-megapixel sensor and image processor, but this time there are two of them. While the image quality is remarkable for a Micro Four Thirds camera, there aren’t many changes or enhancements from its siblings.

While it is primarily advertised as a still camera, it is also capable of recording great video content. It can easily shoot in 4k and it is as feature-rich as some flagships that specialize in videography. 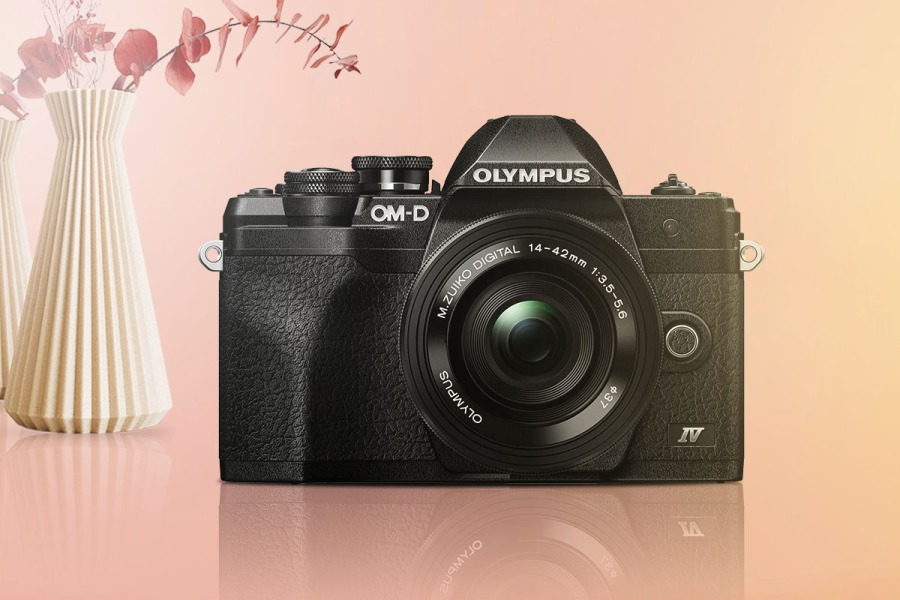 The second option is pretty much the Olympus PEN E-PL10, but better. With the release of the Olympus E-M10 Mark IV, there are a number of improvements, that not only make this an interesting upgrade if you’ve got the Mark III or an earlier E-M10 but also make it much more in line with what the other OM-D models offer.

The Olympus OM-D E-M10 Mark IV is primarily made of plastic. However, it appears to be well-made and sturdy, with metal pieces used where necessary, such as the frame and brackets for the tilting touch-screen.

Nevertheless, the vintage styling and ergonomic controls are still present.

It has a 2.36 million-dot OLED viewfinder and a 20-megapixel Live MOS sensor, which is an improvement over Mark III’s 16-megapixel sensor. A Micro Four Thirds sensor will never be able to match the image quality of a full-frame camera, but it still remains quite acceptable.

Moreover, it can shoot 4K video at 30/25/24fps for up to 29 minutes, with video benefiting from the camera’s built-in in-body image stabilization to keep footage steady and blur-free. If you want more frame rates you can go Full HD at 60 FPS. and at a lower resolution of 720p at 120fps.

The camera’s battery life is estimated to be around 360 shots, which is typical for a camera of this category. 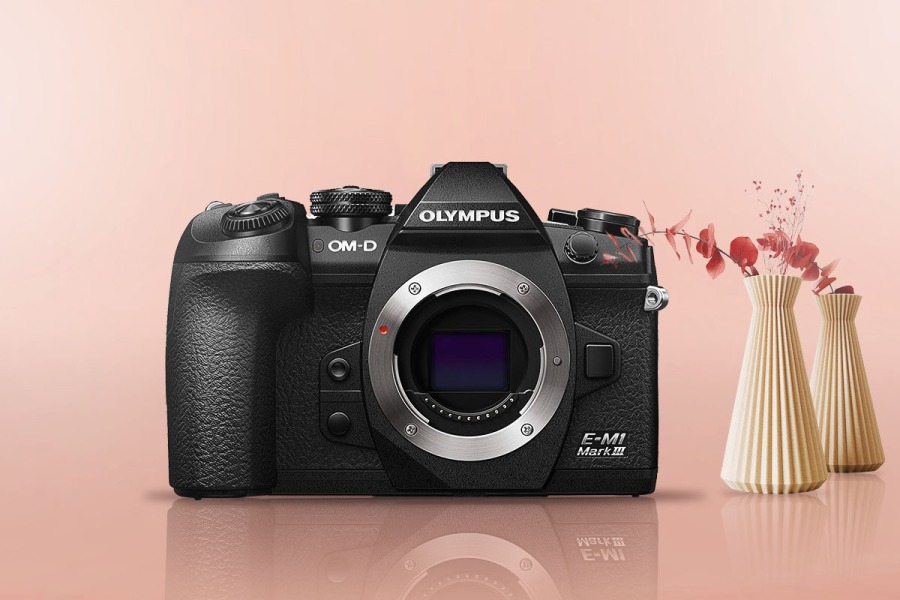 Last but certainly not least, we have the E-M1 Mark III and why I have it listed as the best overall is due to being a mix of both the E-M1X and E-M10.

If you were to take the M1X and shrink it down in a compact form factor you would get the E-M1 Mark III.

Photographers prefer a micro four-thirds camera because of its compact and lightweight form, which makes it instantly more fascinating than its larger sibling.

Although it is smaller than some DSLRs rivals, it still has a large, deep handgrip and balances well with lenses, including telephoto ones.

It comes in only one color, black, and is composed of professional-grade magnesium alloy with lots of dust and splash protection.
It has a 3-inch LCD panel that swings out to the side so you can see it from the front, and it’s sharp and bright thanks to the 1,040,000 dots.

The E-M1 III has a 20MP sensor, which is still one of the greatest four-third sensors, if not cameras, on the market.
In terms of recording, it is easily capable of 4k content.

The battery life is quite impressive, I can’t lie, it can go through 420 photos. This alone makes it a great camera for photographing weddings.

With all that being said, you can see why this is probably one of the best olympus cameras out there. 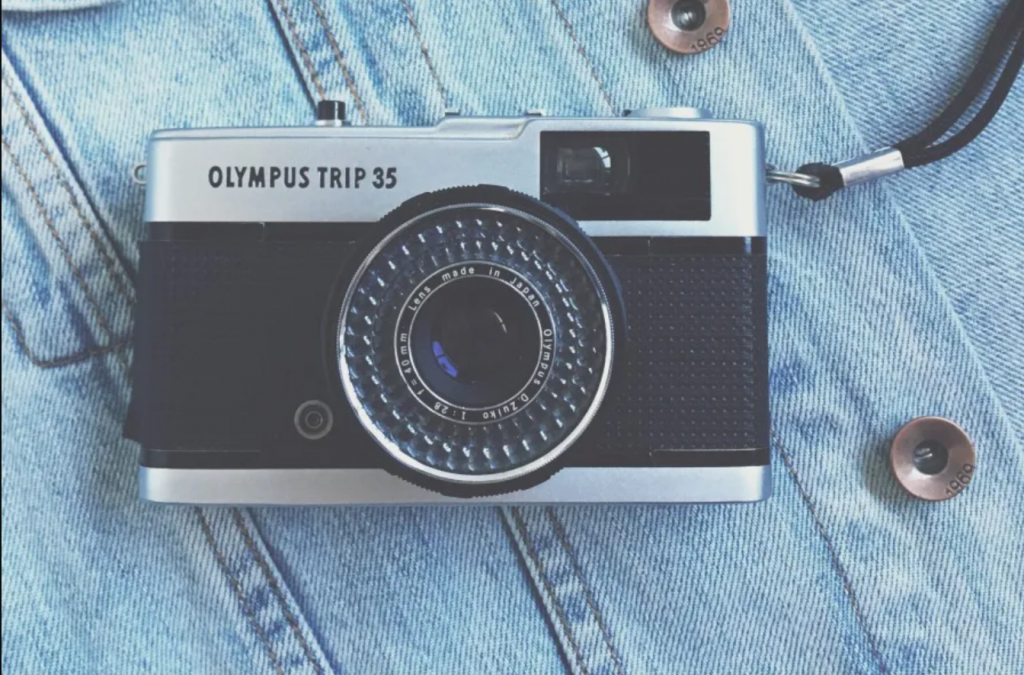 When buying a camera, there are a few factors to keep in mind, so you don’t end up making the wrong decision.

The image quality is unquestionably the most important factor to consider.

You’re buying the camera to take amazing pictures, therefore a camera with a good sensor and as much MP as possible is the way to go.

It’s pointless to buy the camera for its other features if the image quality doesn’t meet the expectations.

A camera with good recording capabilities is always desirable, regardless of whether you are a videographer or photographer.

Instead of your everyday stills, you might wish to shoot some nice footage. A video capture would also be favored over a photograph in some situations.

I’m not saying it to be cinematic grade, but Full HD would do.

Aside from image quality, the build or design of the camera is the next most important factor to consider.

No, the camera should not only be attractive, but it should also be durable enough to withstand a few blows. If at all possible, some form of weather coating should be applied to protect it from unexpected rain and harsh weather.

A compact form factor would be the next thing I would like for the camera to have since a compact camera, without a doubt, provides excellent portability and makes travel a breeze.

Different features are the next thing you’d like the camera to have.

While some cameras may have more features than others, they may make things worse since they don’t achieve their full potential, some may have fewer features, but they are all at their best.

As a result, make sure your camera is both feature-rich and effective.

I wasn’t sure if I should include this section because the price is a factor in everything we buy, not just cameras.

We all know that cameras aren’t cheap, and even a budget option will set you back a few hundred dollars.

If you’ve decided to buy an Olympus camera, don’t be hesitant to spend the money, it definitely offers unbeatable value for the money. 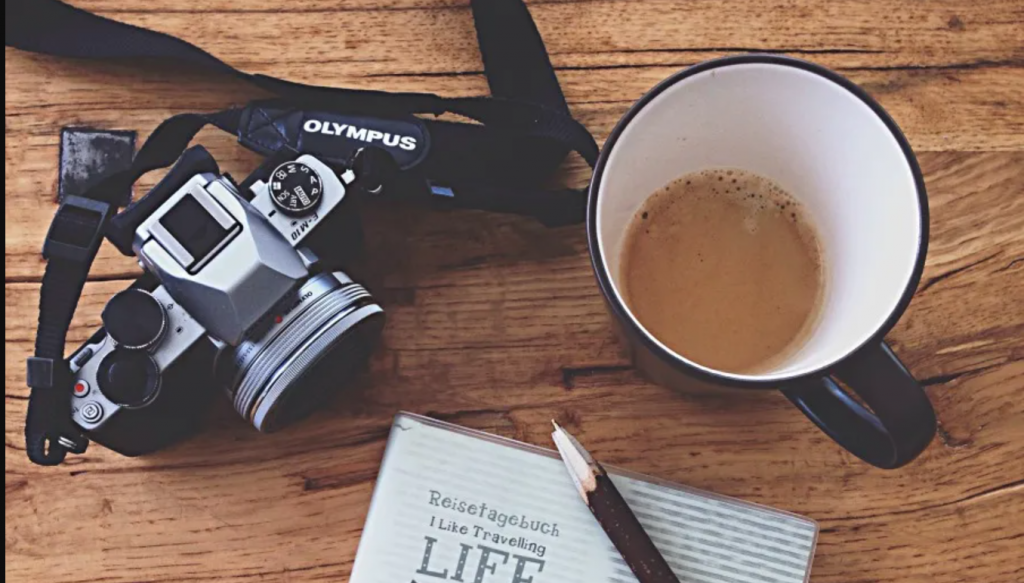 It must be the value that they provide for the money. They come at a wallet-friendly price point while ticking many requirements a photographer needs.

Should a Professional Photographer Use an Olympus Camera?

I can’t think of a reason why not.

There are professional-grade tier Olympus cameras that are favored by many photographers, especially those who are in fields like wildlife and sport/

Are Panasonic cameras better than those made by Olympus?

I’m not sure how to respond to this because it mostly boils down to personal preferences. Both brands have their flaws and virtues, but there’s no denying that Panasonic has recently released some excellent cameras.

Is it worth buying an Olympus camera?

Yes, especially If you want to get into the photography world. I would highly recommend starting with an Olympus camera, whether that’s a mirrorless or compact one. The Olympus camera is an excellent way to get started and learn the fundamentals of photography, importantly, you do it without breaking the bank.

I’m positive that I’ve covered most of the Olympus cameras that will be useful to you.

Just make sure to do your research before purchasing a camera, and by that, I mean any camera, not just Olympus.

The first step is to decide the type of photography you will be performing and then select a camera, lens, and other accessories.

This concludes today’s article; I hope it was helpful in buying the best olympus camera.

If you enjoyed what you’ve read thus far, you’ll find some more reading material below.

If you are done with the Olympus cameras, you might check out some amazing Canon cameras, also some decent Canon zoom lenses.

If that’s none of your concern but you want a lens for your Olympus, you might check out some Panasonic lenses that will work on your Olympus just fine.

If you are wondering how long a mirrorless camera can last, feel free to read it out.