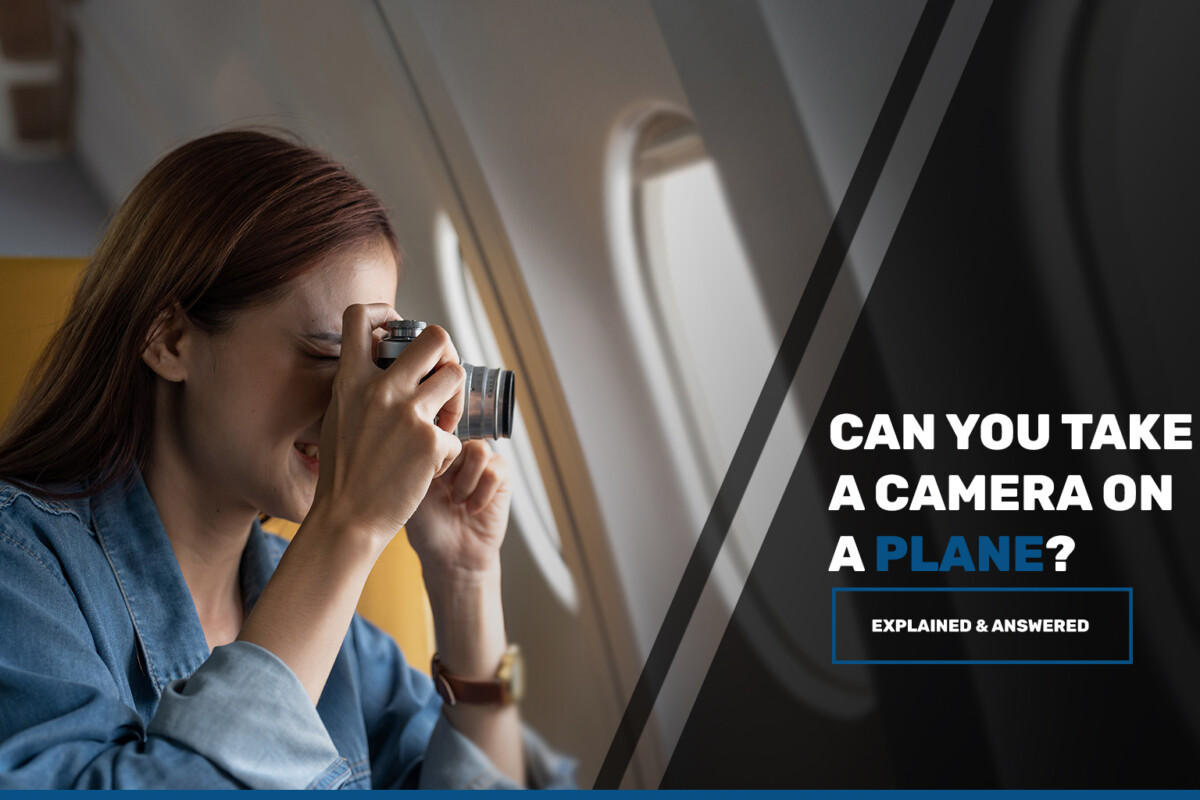 Are you going on a trip and wondering if you can take your camera on the plane? In this post, we’ll look at the rules and regulations that apply to cameras and other photographic equipment aboard planes.

While we’ll go over this in greater detail in the coming sections, it’s crucial to remember that whether or not you can bring a camera on a plane depends on the airline and its policy. So, can you take a camera on a plane? Let’s find out!

Can You Take A Camera On A Plane & What To Consider

Yes, you can normally bring a camera on a plane, but there are certain things to think about before carrying it as carry-on or checked baggage.

To begin, ask about the airline’s specific policies regarding photography equipment. Some airlines may impose size or weight restrictions on carry-on bagage, as well as limitations on the type of camera or lenses that can be brought on board.

Second, think about the type of camera you have. Due to size or weight constraints, professional photographic equipment such as large SLRs or several lenses may need to be checked in.

Finally, if you’re traveling with pricey photographu equipment, consider obtaining supplementary insurance or packing it in your carry-on luggage for extra security.

Furthermore, be aware of TSA guidelines and restrictions regarding the transport of batteries and other camera accessories, and ensure that they are properly packaged and stowed.

Generally speaking, taking a camera on an aircraf is often permitted, but it is critical to check the airline’s specific restrictions, evaluate the type and size of your equipment, and be aware of TSA standards and laws.

Also Read: What Are The Equipments You Need For a Photography Studio?

3 Ways To Pack Your Camera Before Traveling By Plane 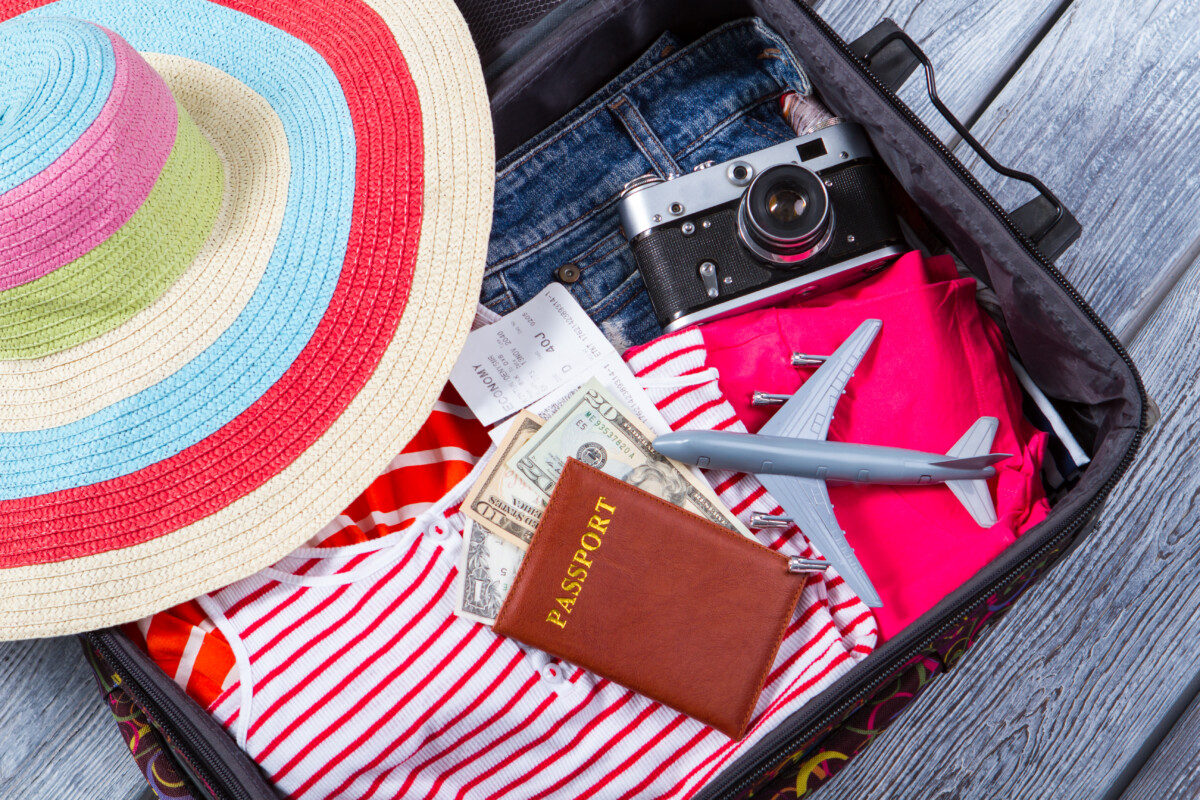 When flying with a camera, its critical to pack it securely to prevent damage during shipment. Here are three methods for packing your camera safely before traveling:

In terms of the lens, it is dependent on the lens itself. If the lens is detachable, you can remove it and pack it separately, but if it isn’t, you should leave it on the camera body.

It is critical to remember that the lens is a fragile component that can easily be destroyed if not properly preserved. As a result, utilize a padded compartment or tightly wrap it in bubble wrap.

Camera Equipment That You Cannot Bring On A Plane 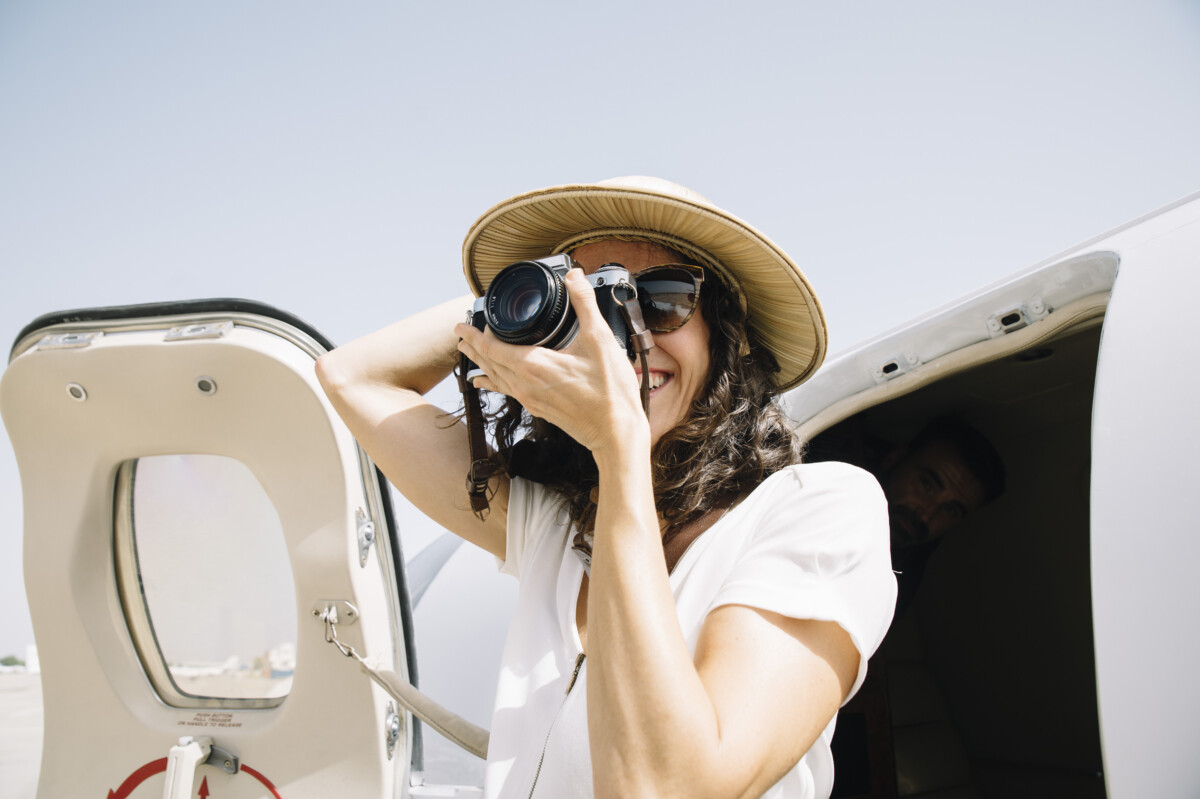 While most photographic equipment is permitted on planes, there are several limits and products that the TSA and airlines prohibit. Here are some examples of camera equipment that you are not permitted to bring on a plane:

Flammable liquids: Film developing chemicals, such as those used in classic film development, are combustible and are not permitted on planes.

Pressurized containers: Spray cans of cleaning chemicals or compresed air for cleaning camera equipment are not permitted aboard planes.

Hazardous materials: Fireworks, flares, and sparklers are not permitted aboard planes. This covers any devices containing lithium metal or lithium-ion batteries, such as portable power banks, because they are dangerous materials.

Large drone or UAV: Large drones or unmanned aerial vehicles (UAVs) are not permitted as carry-on or checked baggage on airlines. Small drones may be restricted by some airlines.

Lastly, one other thing that I dont believe you’ve planned on taking is replica firearms, such as those used in film or photograpy, and they are also not permitted on planes.

TSA Rules Regarding Cameras On A Plane

For traveling by plane with a camera, the Transportation Security Administration (TSA) has certain restrictions and instructions. Here are three crucial rules to remember:

Does A Camera Bag Count As A Carry On?

It is necessary to confirm the airline’s exact carry-on bagage policy, including size and weight restrictions. Camera luggage may be subject to additional restrictions on some airlines.

It’s also worth noting that the TSA has size requirements for carry-on luggage, which must not exceed 45 inches (114 centimeters) in length and must fit in the overhead binn or under the seat in front of you.

Also Read: Do I Need Some Kind of Degree To Be A Photographer?

Personally, I have never had a problem bringing a camera with me on a plane. Although I have had many frequent discussions about it with other friends that traveled in some countries in Europe.

For example, I had someone tell me that they weren’t allowed to bring their camera on a plane when he traveled to Germany, and it was a German airline that didn’t allow it. Either way, for  the most part in most airlines I doubt you’ll have a problem with this.

If you want to go at it in a smart way, it’s easy enough to check the latest TSA regulations, and make sure to consult or declare to the airline you’re traveling with that you’ll have a camera with you.