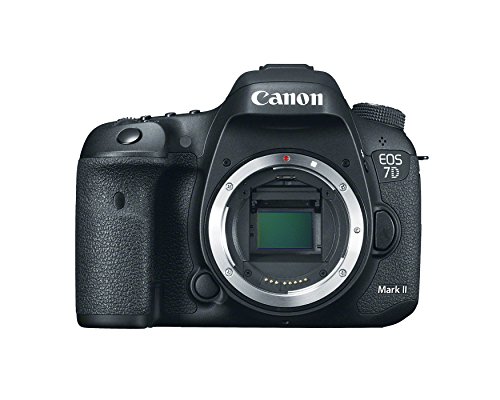 Since you’re reading this article, then I take it you’re a photography enthusiast, and you’ve come to the right place. No matter if you’re changing from some other type of camera to DSLR, or you just want to get a DSLR camera, or a second camera, these two remarkable DSLRs check all the boxes of how a good and decent camera should be like.

It’s not only performance that makes them special, but it’s also the unique set of features which can be also found in more premium cameras used from professionals worldwide, for either commercial applications or other videography and photography purposes.

However, don’t let anyone fool you by saying that they come at an affordable price or something like that, they’re really expensive but we’re about to see if they pay the debt fully or partially in features and performance.

I will review both cameras, whereas I’ll also make a head-to-head comparison of both, and reveal even their slightest details and differences. Now, as I’ve always recommended, before purchasing a camera, make sure you know for what you’ll use it, is it still photography, portrait photography, landscape, sports, action, videography, wildlife, and so on. By knowing this, it’ll be easier for you to know which camera meets your requirements the most – the Canon 7D Mark II or the Canon 5D Mark III.

Based on what features these cameras offer, we’re going to be able to divide them on what purpose they serve the most, and which one outperforms the other in which situation and aspect, so let’s get started, shall we? 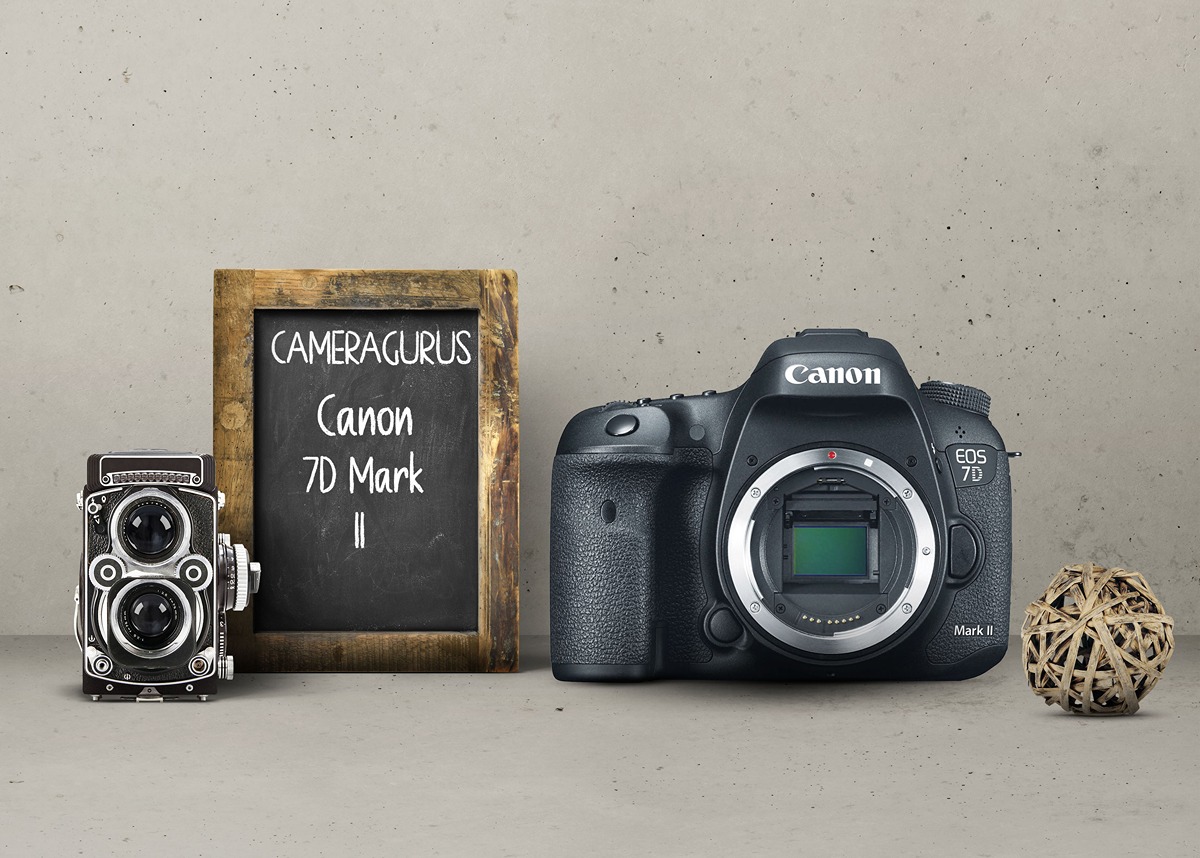 The Canon 7D Mark II is a uniquely constructed DSLR camera which is the successor of the original 7D. It comes with plenty of improvements, while due to its features and performance, it has become a top-option for photography enthusiasts worldwide. There’s really nothing bad about this camera, of course from my perspective, so let’s crack this open to see if this camera is good for you or not.

First, let’s start by pointing out some interesting facts about the design.

For those of you that have used the previous model, the original 7D, this one boasts a similar design, construction, and button layout. It measures 148.6 x 112.4 x 78.2mm dimensions and 910g, which makes the camera suitable for those traditional photographers. In addition, I also like the magnesium alloy body which comes along with weather sealing, thus, making it perfect for wildlife, since it can withstand different weather conditions.

On the back of the camera, you’ll see a 3-inch 1,040,000-dot LCD screen, however, for those hoping for touchscreen capabilities, you won’t get that here. Also, another important thing to mention that the screen has a fixed design, which means it doesn’t tilt or rotate in any direction, and we all know a flip-out screen can really be useful in some situation where you have to shoot from different viewing angles and positions, so the manufacturer could have done a better job here.

Regarding the optical viewfinder, I’m really happy that it offers 100% of the field of view, while on the top, there is an electronic level that works independently of the AF points.

There’s really a lot we can talk about the design, such as the textured spots and so on, but I think we’ve covered the most important parts.

Now, when it comes to performance, this particular camera has a 20.2MP sensor with a native ISO range of 100-16,000, while if you combine these remarkable specs, you get a high-speed continuous shooting of up to 10.0fps, pretty impressive right?

Moving on, the autofocus system is also something that needs attention, since it was greatly improved from its predecessor, featuring a 65-point AF system with all of them being cross-type, you’ll get some serious tracking performance even with fast-moving subjects across the entire frame. But that’s not all since the Canon 7D also includes EOS iTR AF and Al Servo AF III autofocus technology, which means that you get a selection of six shooting scenarios to tailor the AF system, which results in impressive detail and sharpness with moving subjects.

When it comes to video quality, just like other DSLRs, the 7D can record Full HD at 1080p, while you can do that in MOV or MP4 at up to 60p in NTSC mode or 50p in PAL. But there’s more, for those serious videographers, there is an HDMI port available which provides a clean uncompressed feed to external recorders, and there are more ports available for added versatility, such as the microphone and headphone for better sound recording and monitoring. As you can see, this camera is indeed well-equipped with everything you could ever need.

In terms of connections, there’s a Wi-Fi Adapter W-E1 included which enables wireless communication with smartphones, tablets, and computers for remote operation and image transfer.

Simply put, if you’re using a cheaper camera, and you want to upgrade to a DSLR, then the 7D would be the ideal choice since it is pretty much good in every aspect, whether it is photography or videography, with this camera, you have plenty of features and a good performance for both. Nonetheless, it’s also a great camera even for people that are just starting out, due to the easy-to-operate button layout and the user-friendly interface.

The 5D legacy has been and still is a highly-rated line of cameras. Professionals, as well as people with commercial application purposes, recommend this camera due to its feature-packed full-frame capabilities along with the plethora of features that can accommodate even the most demanding customers on the market.

The 5D Mark III comes with a weatherproof body and an eye-catching design. It has a rubber-like coating on the finger grip which enables the camera to provide comfort, while the contours on the front and rear also aid in terms of comfortability. However, unlike most people, I also find these textured spots as extra points to the overall appearance of the design, not only comfort.

Other important details when it comes to the design is the live view/video switch on the back of the camera, which is easier to reach now unlike its predecessors, while there are also a couple of new buttons included such as the buttons for Picture Styles, Multiple Exposure, and the HDR modes.

Same as our first model, the 7D Mark II, the 5D Mark III also has a 3.2-inch screen with 1,040,000-dots, and same as the 7D Mark II, here also you get a fixed screen design, which means you won’t be able to tilt or rotate the screen for shooting from different angles. There are no touchscreen capabilities here as well, so if you were after those features, then these cameras are probably not your best choice.

However, let’s not get more into the specifics and see how can these cameras truly perform.

Now, as for the autofocus system, the 5D Mark III performs remarkably with its 61-point high-density reticular AF system, while up to 41 of them are cross-type points, so in terms of tracking, you won’t have to worry about anything because the camera can maintain focus even with fast-moving subjects.

But what I like most about the 5D Mark III is the in-camera HDR recording, which is also one of the main selling points of this camera, due to the fact that it can record and merge three shots to produce a high dynamic range image, pretty impressive right? To be more precise, you can record all three shots as well as the processed HDR image, while other than that,m you can also shoot raw and JPEG images simultaneously and end up with 7 images, while also being able to process the three raw files yourself if you wish.

However, the camera does have some drawbacks when it comes to connectivities, for example, it doesn’t have Wi-Fi for uploading photos directly to the internet, no GPS location tagging, and no built-in flash. Instead, there’s only Wireless Communication Technology using the Wi-Fi adapter, which is convenient, but the manufacturer should have done more considering the price and considering the fact that these features have become pretty common even in low-cost DSLRs.

Overall, the 5D Mark III is a reliable camera which outputs an impressive image quality, while I recommend it most to the people looking for a DSLR for portrait photography, still photography, and landscape.

As we got the comparison table out of the way, by now, I believe you have enough arguments to support your decision. All and all, both these cameras are great, they come at a similar price, while they also share similar specs and performance, however, they surely differ in terms of photography purpose.

I would recommend the 7D Mark II to those people looking for a DSLR camera for wildlife and action, due to the impressive autofocus system which truly enhances the overall performance of the camera.

As for the 5D Mark III, it is more suitable for still photography, portrait photography, and landscape due to its 22.3MP Full-Frame CMOS sensor which delivers stunning image quality with dazzling colors, vibrancy, sharpness, and detail.