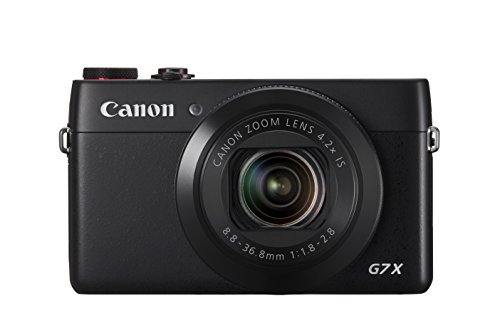 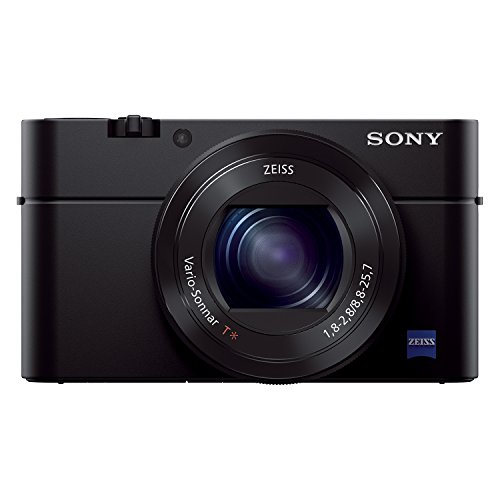 For this article, we have two compact digital cameras which have been a popular option among enthusiast photographers for years, and due to their performance and capabilities for image quality, they have remained as a top-option to this day.

It will be really hard to compare these two cameras since they both come at a similar price, nonetheless, we will try to point out their biggest differences, or their smallest, based on specs and features.

As for our first camera, the Canon Powershot G7 X, it is a premium high-performance camera that takes all the most sophisticated, impressive and exciting features into one compact package. Having a large and light-grabbing high-sensitivity CMOS sensor, this camera runs the latest generation DIGIC 6 Image Processor for better rendering in low-light photography, while boasting an impressive ISO range of 12800. There is really a lot to talk about this camera, but we’ll get back to that in just a few minutes.

Okay, but what about the Sony RX100 III?

This is also a compact digital camera just as we mentioned in the beginning, which combines the 20.1MP image quality, a built-in electronic viewfinder, brighter and wider ZEISS lens, and the compact size into one package which is crafted to elevate a photographers experience to a whole new level. However, due to the plethora of features, we wouldn’t recommend this camera for people who are just starting out, instead, this camera can accommodate semi-professionals, and professionals who are looking for a second camera to complement their interchangeable lens model.

What are a few things you should consider before buying a camera?

Well, it always depends for what you need the camera for, it may be landscape, portrait photography, sports, wildlife, and so on. Make sure you this, afterward, based on the features that the camera delivers, you will know which one can meet your requirements the most.

I’ve said it before, I’ll say it again, price doesn’t necessarily mean that one camera is better than the other, it’s always important to look out the features that the camera delivers, because the price can be high due to the built quality, and not the features within, I’m just saying.

However, let’s get more into the details, and see why one of these cameras can be the perfect addition to your job, travels, or hobby. 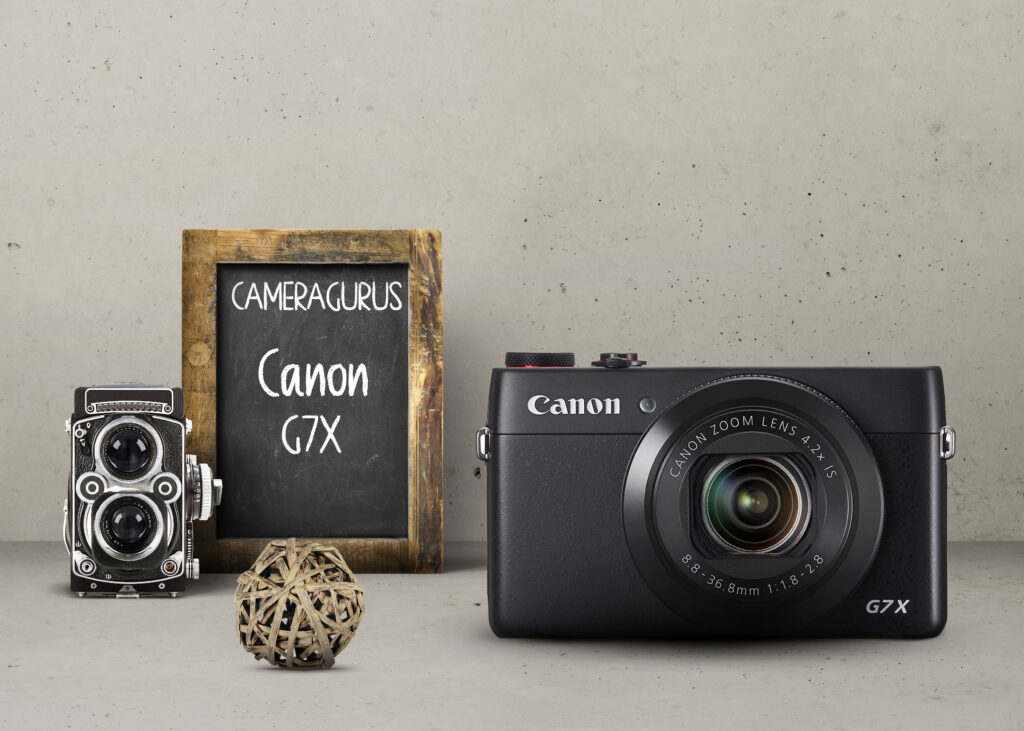 This remarkable camera has a spot among Canon’s premium range of compact cameras, while it is also pocketable which makes it a great addition for people who travel a lot. Hobbyists, enthusiasts and other people who love cameras, they want to express themselves through photography, and it is the perfect way to share your moments with other people.

The Canon G7 X is made specifically for that, having a large CMOS image sensor and a fast lens, while it also boasts a metal body with a 1.0-type back-illuminated 20.2 Megapixel CMOS sensor, an f/1.8-2.8, 4.2xlens with 9-blade aperture, full manual controls, shooting mode and exposure compensation dials.

As you can see, this camera checks all the boxes of all the things you would need, including a plethora of other features that we’ll mention in a bit.

You’ll be happy to know that this camera has an LCD touchscreen with 1,040K dots, built-in pop-up flash runs a DIGIC 6 processor just as we mentioned in the beginning, has Wi-Fi and NFC connectivity, and so on.

Once you start talking about the features of this camera, you can’t really stop because there are a lot.

To get more into the specifics, this camera has an ISO range of 100-12800, while it also boasts HD movie recording, a 14-bit RAW image capture, 31 AF points, focus peaking function, and what’s also great, is that it features 6.5 fps burst shooting and a lens control ring.

In terms of the design, we mentioned that this camera features a metal body, while it enables the camera for a solid feel and sturdy construction, the G7 X feels very well made indeed. In addition, the external controls deliver the right amount of stiffness and resistance, while they are also large enough to be easily and quickly accessed in the heat of the action.

Personally, I consider this camera to be great for traveling due to the compact size, and it can fit almost anywhere, a trouser or shirt pocket, wherever you want.

The Large multi-aspect 20.2 megapixel CMOS sensor is able to capture images at either 3:2, 4:3, 16:9, or 1:1 aspect ratios, however, it still keeps the same angle of view even if you shoot RAW images. Furthermore, the 1-inch sensor helps to add-up a better image quality, while it is most suited for low-light, greater depth-of-field, and greater dynamic range, all the things that other standard compact cameras at this price range struggle to deliver.

Other than that, the G7 X has a very good exposure compensation dial on top, however, there’s something I’m really disappointed at, Canon has not included an optical viewfinder in the G7 X, while some other rivals at this price range have one, thus, I think the manufacturer could have done a better job here.

Overall, this is a great camera for travelers, but it can be also used for other purposes due to its features and capabilities. It has a fair and reasonable price, and it definitely delivers great value for the money. 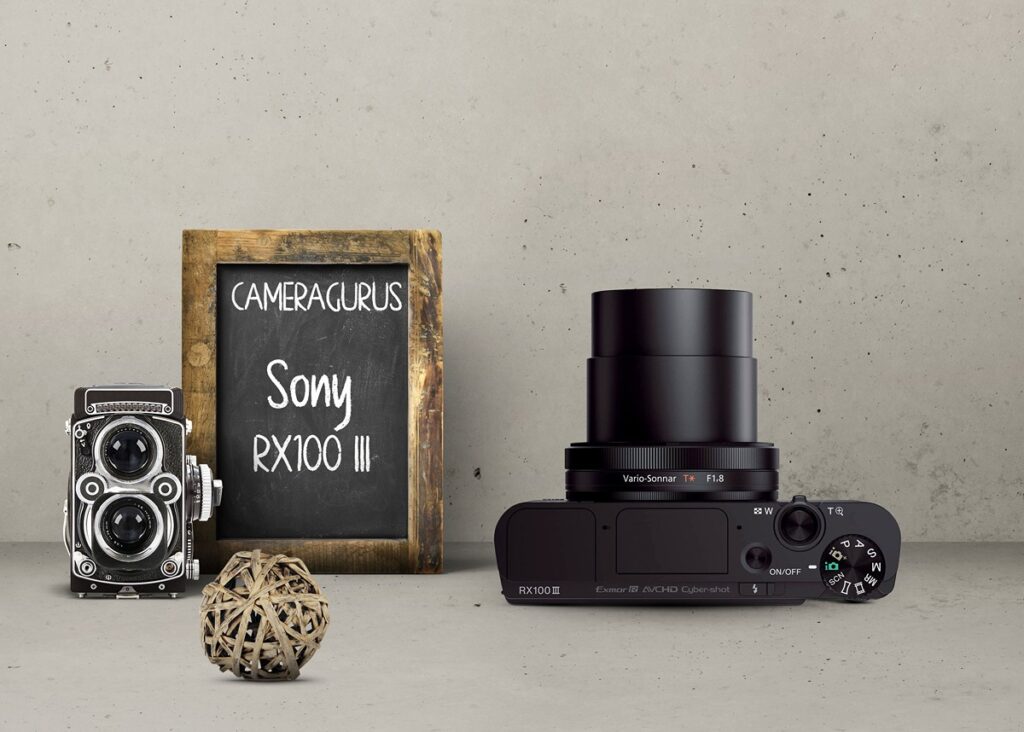 Now, to start off the right way, let’s just point out that unlike the Canon G7 X, the Sony RX100 III has an optical viewfinder, despite the fact that it is a pocket-sized compact camera. Not only that but also a high-quality sensor that combines with a processing engine that makes this camera perfect for enthusiast photographers, even though it already is a popular option to this day.

It has the same 20.1-million pixel count and Exmor CMOS sensor as its predecessor, the Mark II, however, it does have a new Bionz X processing engine that enables sensitivity to be set in the range of ISO 125-12,800 with 25,600 available if you choose Multi-frame noise reduction mode.

For your information, Bionz X is three times faster than Bionz, while if you compare it to the Canon G7 X, it is a lot better. In addition, this also brings the benefit of Sony’s diffraction reducing technology, while it also enables the camera for improved area-specific noise reduction.

The lens is also impoved due to the fact that the RX100 III’s lens now it is equivalent to a 24-70mm f/1.8-2.8 in full-frame terms. You will also appreciate the wide-angle end which makes the camera an ideal choice for shooting in confined spaces or for landscape and street photography.

Speaking of the focal length, let’s not forget to mention that now, that large maximum aperture throughout the focal range will make the camera more usable in relatively low light, without having to push the sensitivity level.

When it comes to video shooting, this is another area where the Sony RX100 III outperforms the Canon G7 X, since the video is created from full-pixel readout at 50Mbps for better image quality, while even though there isn’t a 4K video output, you can still take 4K stills via an HDMI micro lead for better quality, for instance on 4K TVs.

Moreover, as it is usual for digital cameras, Wi-Fi connectivity and an NFC chip are also included which will help for connection with NFC enabled smartphones and tablets.

Construction-wise, due to the metal chassis, the camera boasts a sleek appearance and provides the user with a solid feel which makes it comfortable to hold, and it can be used one-handed as well.

Before we end, let’s also mention that the LCD screen delivers clear, sharp details, while the cameras’ EVF consists of a sensor that is able to detect when the camera is held to the eye, then it actives it and turns off the LCD. However, Sony hasn’t done a good job with noise control, more precisely, when you view the images at 100%, the results are good, but not as impressive or rivaling as other cameras at this price range. However, at normal viewing size, you won’t notice anything.

All and all, for all those looking for a well-rounded camera that covers pretty much everything and comes with a pocket-sized construction, then this would be your ideal option.

As you can see, it is really hard to differentiate these two cameras, since they are pretty similar in specs, as well as in terms of features, however, there are a few areas where the Sony RX100 Mark III beats the Canon G7 X. Let’s take as an example the fact that the Canon G7X doesn’t have an optical viewfinder, while the RXIII 3 has one.

An optical viewfinder can really improve the camera’s performance significantly, either way, depending on what you’ll need the camera for, we think that it is easier now for you to choose the one that meets your requirements the most, knowing what both of the cameras are capable of, what they can do, and whatnot.

Although, if you want to know the answer to which one of these cameras is better, the answer is Sony RX100 III, it is a feature-rich camera that would be a perfect addition for semi-professionals, and professionals as a second camera to go with.