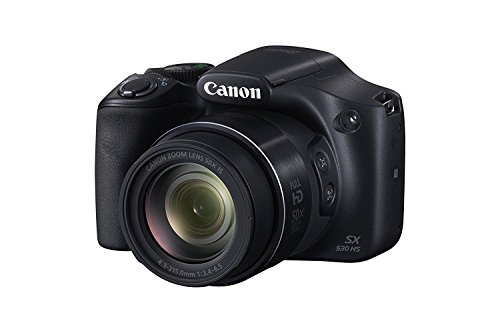 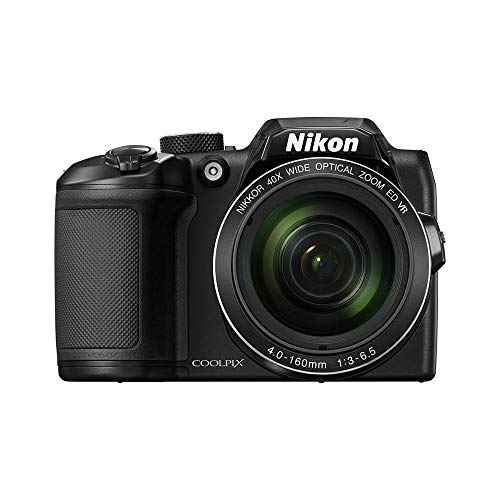 The Canon Powershot SX530 HS and the Nikon Coolpix B500 are excellent small-sensor superzoom cameras that would be an excellent choice for photographers that have an active lifestyles and their hobbies simply ask for having cameras of this caliber.

Namely, sports fans, bird photographers, journalist or enthusiast who love to travel a lot and capture every moment of their journey would benefit a lot by having such cameras, and throughout the years, both, the SX530 HS and the B500 gained a truly remarkable popularity which by default, has to mean something!

Our duty is to reveal the secrets behind their success, so, let’s get straight into the action and find out what’s so special about them and which one should be a better choice for you! However, keep in mind that they are very similar to each other, and this means that we will not easily provide the right answer, since we will have to reach every key aspect of the camera. 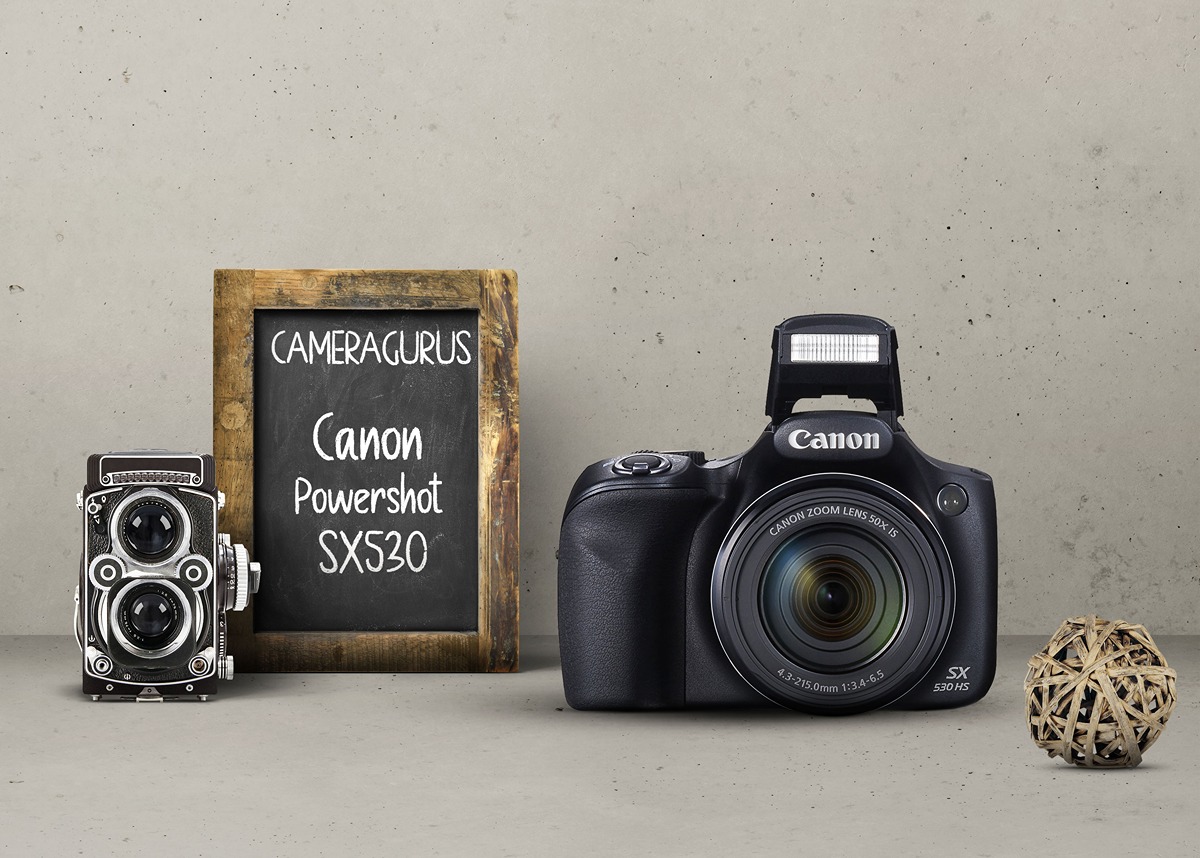 The Canon Powershot SX530 HS, or simply the SX530 HS measures 3.2 x 4.7 x 3.5″ (HWD), weighs around 15.6 ounces and sports an attractive, black-finished body that employs a deep handgrip with textured coating that will aid a lot on the comfort you will feel while having this camera in your hands!

On the top plate, you can notice the presence of the Control wheel, zoom rocker, shutter release and the standard Mode dial, while on the left side of the lens barrel, there are two more buttons including the Framing Assist function which I absolutely favor mainly because of the fact that you won’t lose track of the subject once it is zoomed in because this button will ensure that the field of view of the lens will remain widen as long as you’re holding the button. The other button turns on the focus lock system and it comes handy because it works in a cooperative way with the lens stabilization.

If you take a look on the rear part of the body, you will notice that the left part and the top plate are clean, and that the controls are neatly positioned on the right side, including a four-way controller with a center function as well as dedicated controls for the Focus mode, flash output, ISO, exposure compensation and button for recording videos.

The central part holds a 3″ display with a 461k-dot resolution that will provide you good viewing angles, but unfortunately, you won’t have an option to adjust it because it is fixed.

In terms of the connections, the SX530 HS employs a mini HDMI port, AV-output, mini USB port for plugging into a computer, single memory card slot that supports SD/SDHC/SDXC memories, and it is both, Wi-Fi and NFC enabled which is awesome, since all you would have to do in order to have a quick and effective transfer of your captured content would be to download the Canon Camera Connect app!

Speaking of the performance, the SX530 HS will unlikely disappoint you due to the fact that it is powered by a DIGIC 4+ image processor and 16MP CMOS sensor that outputs a truly remarkable performance, decent continuous shooting rate of only 1.8 fps, iso range of 100-3200 and an impressive 50x optical zoom and Intelligent IS that will let you achieve great results once you start capturing photos!

While testing for bridge cameras in the $300 price range, the Canon Powershot SX530 definitely stood out from the rest, and it managed to score great in all fields we tested it in.

In addition, this camera keeps a very good job at keeping the noise as low as possible. Namely, at ISO 800-1600, the noise is there, but it isn’t that heavily pronounced to overcome the details and the overall quality of the images, whereas at ISO 1600 the blur starts to overcome the image and reaches its peak at the ISO3200, hence, I’d recommend you avoid this level.

Moving on, if you’re shooting in optimal light, then good news for you! The SX530 HS outputs exceptionally accurate colors along with rich details even if you shoot from a very close distance, while during the night, if you prefer capturing photos of your city, pictures look indeed satisfying, and I think that you won’t find any remarks!

Before we move to the next section, I’d also like to note that the built-in flash is pretty strong and it can reveal numerous details that surround the object you intend to capture, and so far, I’m satisfied with this camera.

Finally, the SX530 HS lets you record Full HD videos at 30fps in MP4 format, and here, I think that Canon should have made this model to support 60fps capture because, at 30fps, you are fairly limited for doing any serious editing.

Otherwise, the footage is mostly sharp, but still, you may notice the presence of the rolling shutter which may appear during quick camera movements. 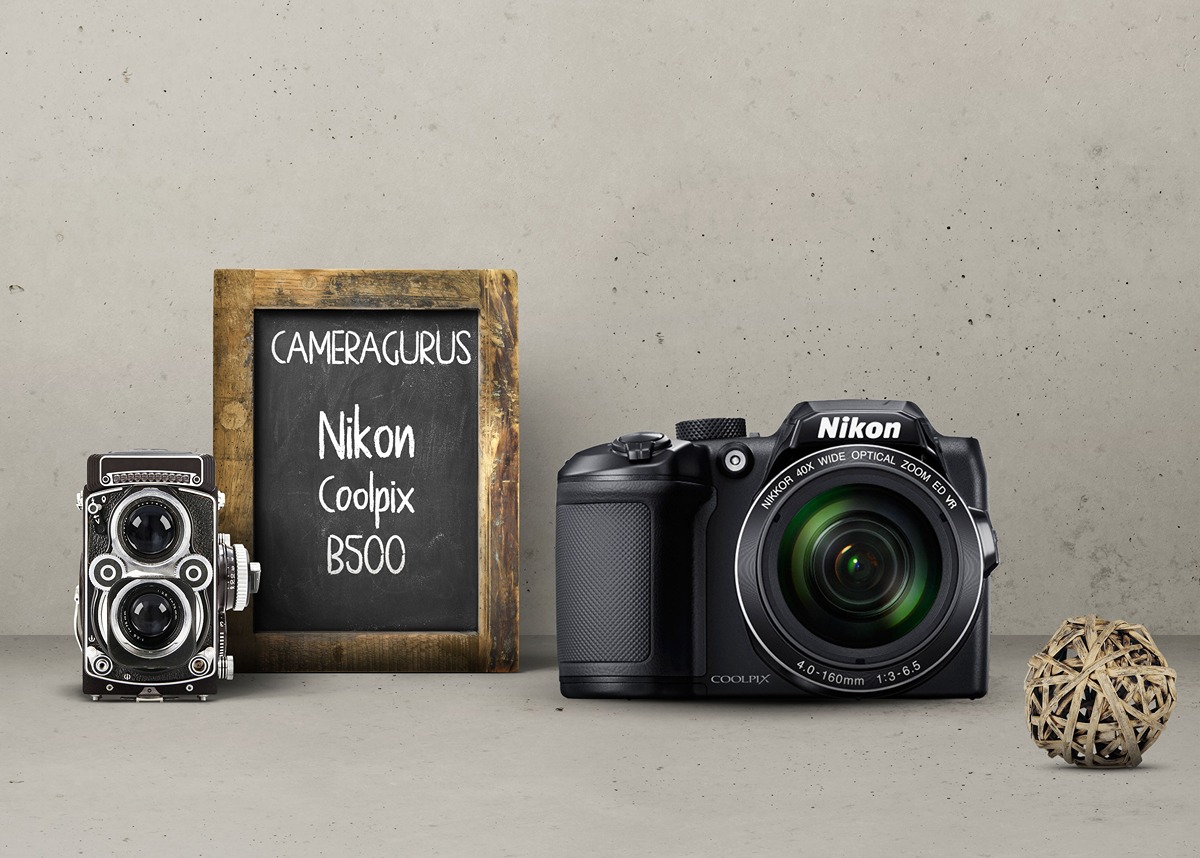 The Nikon Coolpix B500 features a black-painted, plastic chassis that measures 4.47 x 3.08 x 3.73″, weighs approximately 1.19 pounds and it is relatively larger in comparison to the SX530 HS, however, this doesn’t mean that it isn’t comfortable to shoot with because Nikon made a plan here. They’ve implemented a large hand-grip that houses a good amount of rubber and has a textured pattern on it with the intention to make you have a steady, yet comfortable hold during your shooting sessions.

Moreover, the control layout is designed with a higher level of intuition in mind, and each of them is positioned in such a way that you can easily access and tailor the camera according to your preferences.

Namely, on the top-right, there is a mode dial that lets you enter the Exposure compensation mode, the Macro shooting, Video recording, and each of them is labeled with text, signifying their purpose and clearly, you will unlikely face difficulties while doing adjustments.

On the rear, the right side holds a 4-way controller with an OK button that sits in the middle which is surrounded by 4 mode buttons of which you can take advantage any time you want.

On the left, you can find a handsome, 3″ 921k-dot tilting LCD screen which I absolutely favor mainly because of the fact that you will be able to adjust its position and achieve better angles which by default, will offer you numerous advantages once you start capturing. Here, the Coolpix B500 proves itself as better option in comparison to the SX530 HS who lacks such flexibility, since its screen is fixed.

But, as was the case with the Canon SX530 HS, this unit lacks a viewfinder as well, but thankfully, the tilting screen will offer you a crystal clear view regardless if you’re shooting in bright sunlight or not!

Moving on, the connections are composed of an HDMI micro connector, Hi-Speed USB, and it is Wi-Fi, and NFC -enabled as well, however, in comparison to the SX530 HS, this camera has a built-in Bluetooth support, hence, you will have more connection options and here, the Coolpix B500 is a bit better.

In practice, especially in good lighting conditions, this camera can output exceptionally quality imagery that will have vibrant colors and great saturation, but what’s also great is that you can completely rely on this camera if you prefer to get closer to the subject and capture because the results are indeed strong. However, I’d advise you avoid the digital zoom as much as you can because you will instantly notice that the quality is disappearing.

Since it comes at a good price, has great zooming capabilities and it’s good for traveling, we decided to include it in our budget bridge camera buying guide.

Also, images taken at ISO 1600 and 3200 should be avoided as well because they have a painterly look which is caused by the image smoothing which puts an accent to the noise as well.

Finally, you will be limited to record 1080p videos at 25/30 fps and if we compare it to the SX530 HS, here, although both of them output strong footage, they lack 4K which can be a problem for some photographers.

In the end, I have to mention that I’m glad that I’ve made a detailed overview regarding these cameras, because although they are very similar to each other, they have many different things that make them be unique and tough to get the right answer fast.

That’s why, I’d suggest making a head to head comparison because that’s the only and the right way for you to understand their differences and select the one that you think would suit your specific preferences.

For instance, the SX530 HS has a manual focusing, larger tele length ( 1200mm vs 900mm), larger optical zoom ( 50 vs 40) and weighs less than the Coolpix B500. What both of them share in common is the lack of weatherproof sealing and that both of them are Wi-Fi enabled.

On the contrary, the Nikon Coolpix 500 has an articulating screen which offers more advantages if you compare it to the SX530 HS who lacks this benefit.

If you ask me, I would go for the Nikon Coolpix B500 because it is a better all-around option and costs less than the SX530 HS, hence, you will unlikely regret the decision if you ever manage to purchase it!