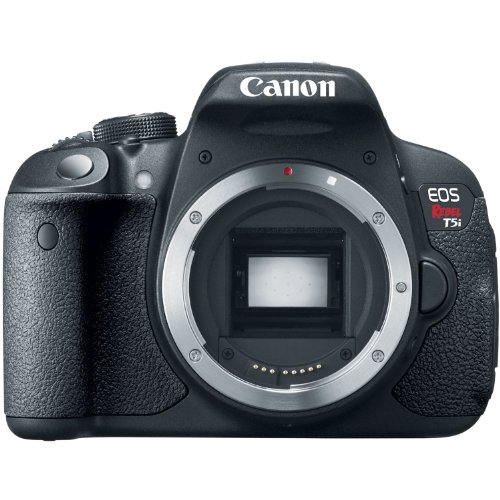 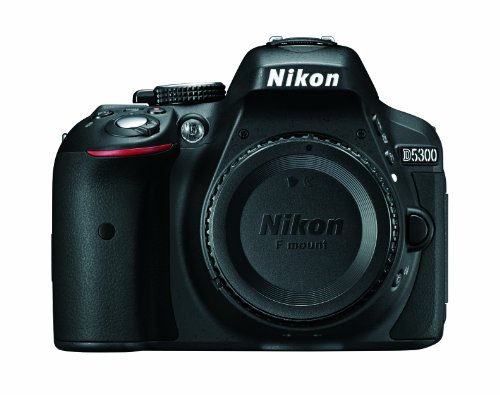 The Canon EOS Rebel T5i (also known as 700D) and the Nikon D5300 have been revealed to the public on March 2013 and October 2013 respectively. But, even though both cameras are DSLR, they have their own pros and cons that should and are going to be revealed in this article. Keep in mind one thing though, these cameras since their launch date and all the way up to 2019 are still considered as reliable and are still in demand by hundreds of customers.

Which one is better? This is one of the numerous questions that I’ve received throughout the past month, well, today, I’m going to answer this question as good as I can, so let’s dive into action right away and begin reviewing both products! 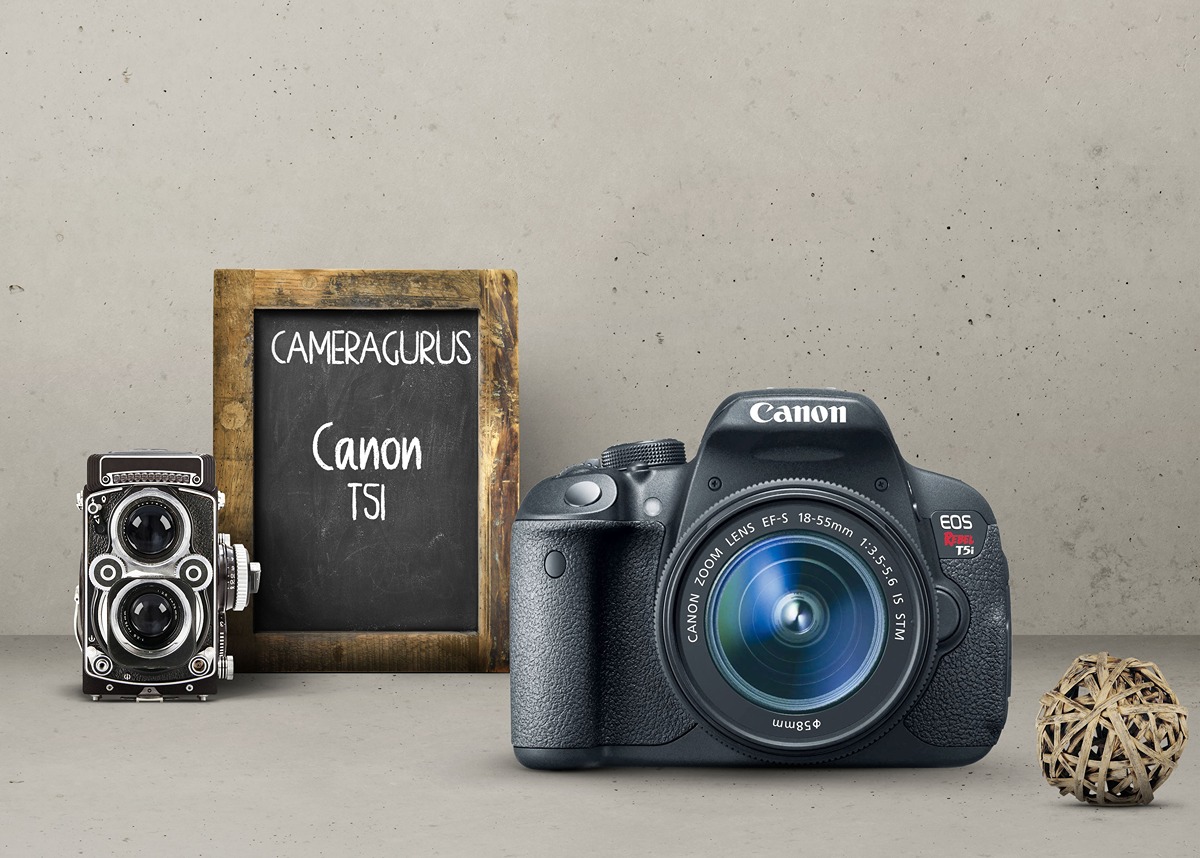 The Canon EOS Rebel T5i looks classy, and if you’ve had an opportunity to shoot with T4i, you will instantly notice that both cameras share almost the same look which of course, isn’t a bad thing.

This model measures 3.9 x 5.2 x 3.1″ (HWD), weighs approximately 1.1 pounds without a lens, and to be honest, these dimensions are nothing new in the entry-level DSLR camera world.

In addition, the body is made of plastic, but what’s interesting is that once you take this camera in your hands you will unlikely feel flexing or creaking like is the case with most of the entry-level cameras on the market, and what’s even better is its enlarged grip which will allow you have comfortable shooting sessions for a longer period of time without any problem!

Moreover, the control layout is well-organized and most of them are placed around the top part of the unit, including a control dial, ISO button, etc, while on the rear, you can find more buttons that sit above and next to the 3″ articulating LCD 1,040k-dot touchscreen!
The display looks bright and without any doubt, you will like it because your sight will always remain clear even if you’re shooting videos under direct sunlight!

Slightly above, you can notice the presence of the optical viewfinder which, unfortunately isn’t special at all. To be honest, shooting through it feels a bit strange and I really think that Canon should’ve done a better job here!

Connections-wise, the T5i integrates USB 2.0 port, composite video/audio output, microphone, an SD card, an HDMI output, and it lacks Wi-Fi and Bluetooth, so, the only thing you can do for transferring photos and videos would be to take advantage of the USB cable.

Now, let’s briefly explain its internal components and what you can expect from this camera in practice.

First of all, this model combines 18MO APS-C CMOS sensor, has a 9-point AF system, ISO range that starts from 100-12,800 but you can expand it up to 25,600, a DIGIC 5 image processor and a continuous shooting capability of 5 fps which is quite good considering its price tag and the fact that this camera has been around the market for a couple of years.

For your information, the T5i does a great job in handling the noise throughout the ISO range, starting from the ISO 800 that outputs clear imagery with minimal noise, the ISO 1600 which is great as well, but, be aware that if you tend to reach higher ISO options this would lead to an increased noise. At ISO 12,800, details and the overall sharpness of the image is kind of loss which is normal though.

Otherwise, the color representation is accurate and details are preserved pretty well at lower ISO, and I think that you will be satisfied.

If you’ve been thinking about the video quality, I’d like you to know that the Canon EOS Rebel T5i records Full HD 1080p videos at 30/24 fps, 720p videos at 60 fps, and 540×480 videos at 30 fps. The results are pretty good in my opinion, especially if you record in bright daylight because the color rendition is excellent for the price as well as the overall definition of the details. 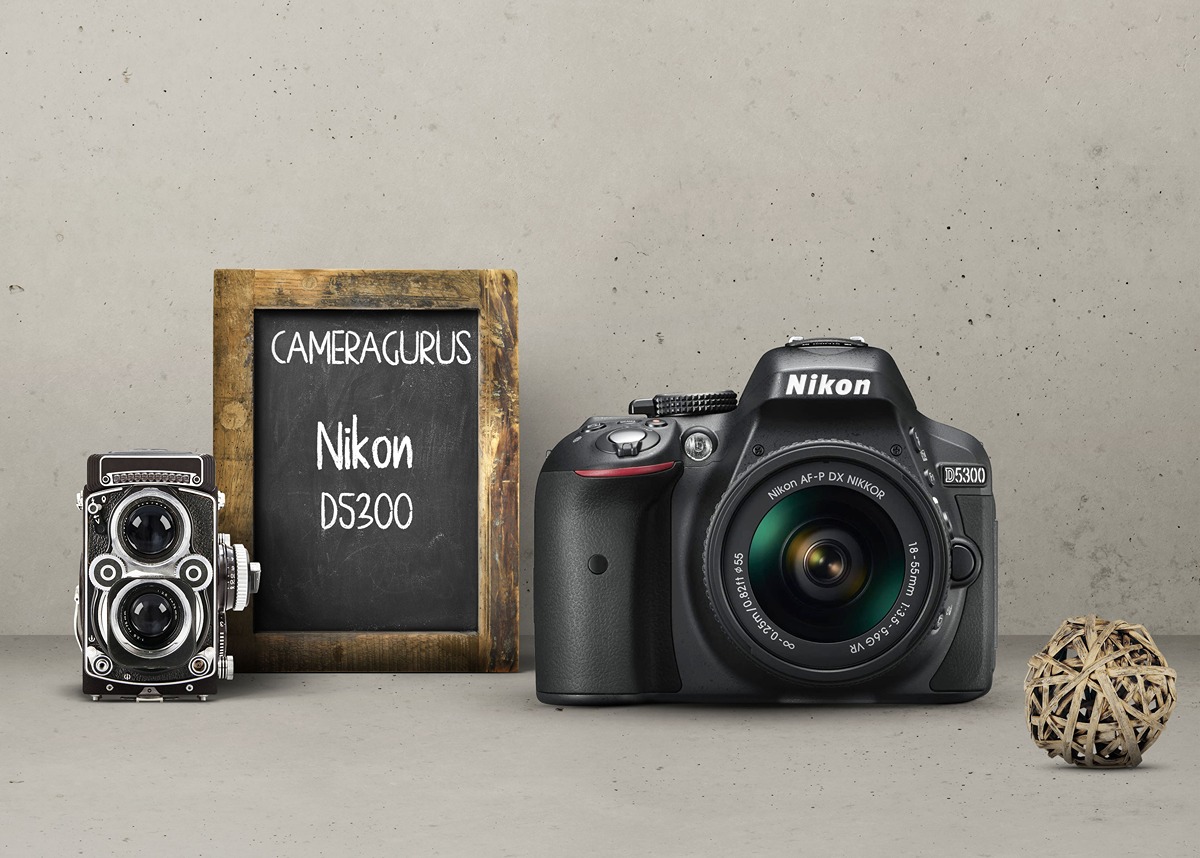 As was the case with Canon T5i and it looks that reminds me of its predecessor, the same thing can be said about Nikon D5300 because in general, this camera looks nearly identical to the D5200, but of course, with some changes that signify that this is a newer model.

Furthermore, the D5300 features a polycarbonate construction that is accompanied by an exceptionally intuitive layout control that consists of 15 buttons, two switches and three dials, and if you’re a beginner, you may find this number terrifying. Well, it isn’t really like that because within a very short period of time you will learn all of its controls, and you will find out that they are incredibly easy to use and learn.

On the top, you can find a built-in flash that reveals itself from the top of the viewfinder with a simple press of a button, as well as a standard hot shoe of which you can take advantage in order to use various flashes.

On the rear, aside from the controls that occupy mostly the right part of the body, you will find a 3.2″ vari-angle LCD screen with 1,037k-dots that will surely provide you with a clear sight during your use, but, keep in mind that if you position yourself under a direct sunlight, the light may interfere with your view, a bit negatively.

Above the screen, on the usual position, there’s an optical (pentamirror) viewfinder that has a magnification of 0.82x, and once you start shooting, and if we compare it with its predecessor, this model is a bit boosted which is awesome.

Moreover, the Nikon D5300 beats Canon T5i in terms of connections mainly because of the fact that it is WI-Fi and GPS-enabled, which as you already know, these capabilities are extremely handy when you’d like to transfer your images and videos to your smartphone or tablet! The other connections include an HDMI output, Type-C mini0pin HDMI connector, Hi-Speed USB, sand microphone input which is surely a great addition.

Speaking of the performance, the D5300 utilizes a 24MP sensor with no optical low-pass filter, has a 39-point autofocus system ( with 3D tracking and 3D matrix metering), native ISO range of 100-12,800 that is expandable up to 25,600, an EXPEED 4 image-processing engine and a continuous shooting rate of 5fps. When we combine all these things into one piece, without thinking twice I can say that this camera is an indeed versatile performer!

If you shoot in low light, I’d like to inform you that this camera performs nicely most of the time, because there are three levels of noise reduction including low, normal, and high, which can contribute a lot in maintaining the quality of your imagery throughout the ISO range.

For example, if you shoot with ISO 6400, I’d recommend you choose the “Normal” noise reduction mode because it makes a balance between the definition of the details and the noise reduction, while if you shoot through ISO 1600, you will notice nearly undetectable noise. On the higher levels, the noise becomes more appealing, so try to avoid if you can.

The overall quality of the images is fantastic regardless of the lens you’re using, and I don’t know how, but Nikon did an excellent job in correcting the exposure and white balance in bright and dim light conditions!

In the end, you likely have enough arguments to support your decision, whether you favor Canon T5i or Nikon D5300, and even though I will briefly name their advantages, feel free to choose the one that suits your preferences the most, because both cameras are quality for their price!

Personally, I’d go for Nikon D5300 mainly because of the fact that it has better AF, more MP (24 vs 18 respectively, it is Wi-Fi enabled and due to its versatility, especially when it comes to recording videos. But, this is not a perfect camera, and my remark is regarding the lack of touch sensitivity because if Nikon has implemented it, I think that this camera would be a way better.

On the other hand, Canon EOS Rebel T5i has a touchscreen which is an advantage, and the ISO range is basically the same, however, Nikon clearly wins the race because of its internal components.