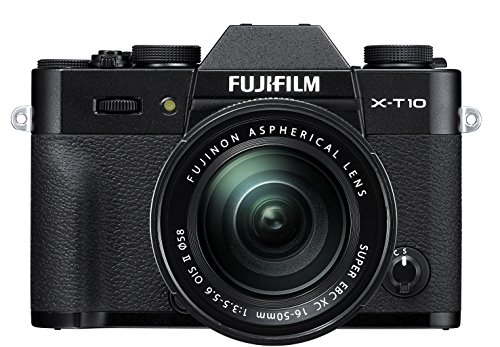 As it is normal for most people, not everyone wants a sophisticated camera, whereas mirrorless cameras have been the salvation and the escape for people who’ve been looking for an easy-to-use and operate tool for their photography or videography.

Now, I’ve explained this in many of my reviews, but for those who don’t know, unlike a Digital Single Reflective Lens camera, more precisely DSLR, mirrorless cameras don’t use a reflex lens, but instead, the light goes directly through the electronic viewfinder. For some of you that are wondering, why isn’t a DSLR camera called a mirrored camera, well, it’s simply because mirrorless cameras came second in line, whereas DSLRs came first.

Often, photography is the escape from the real world, and for most people, it’s not just a hobby, it’s a way of living. Having the right camera and the right equipment for it, you can even take wavelength shots of light invisible to the human eye, including UV, infrared, and radio. Details are the most important part of photography, and capturing those details will require a good camera, which is why I decided to make a head-to-head comparison about these two cameras, in order for you to find the one that meets your requirements the most.

I’ll try to keep it simple, explain the most important parts, mention their most important differences, and point out the most appealing features between the Fuji X-T10 and the Sony A6000, so let’s get started, shall we? 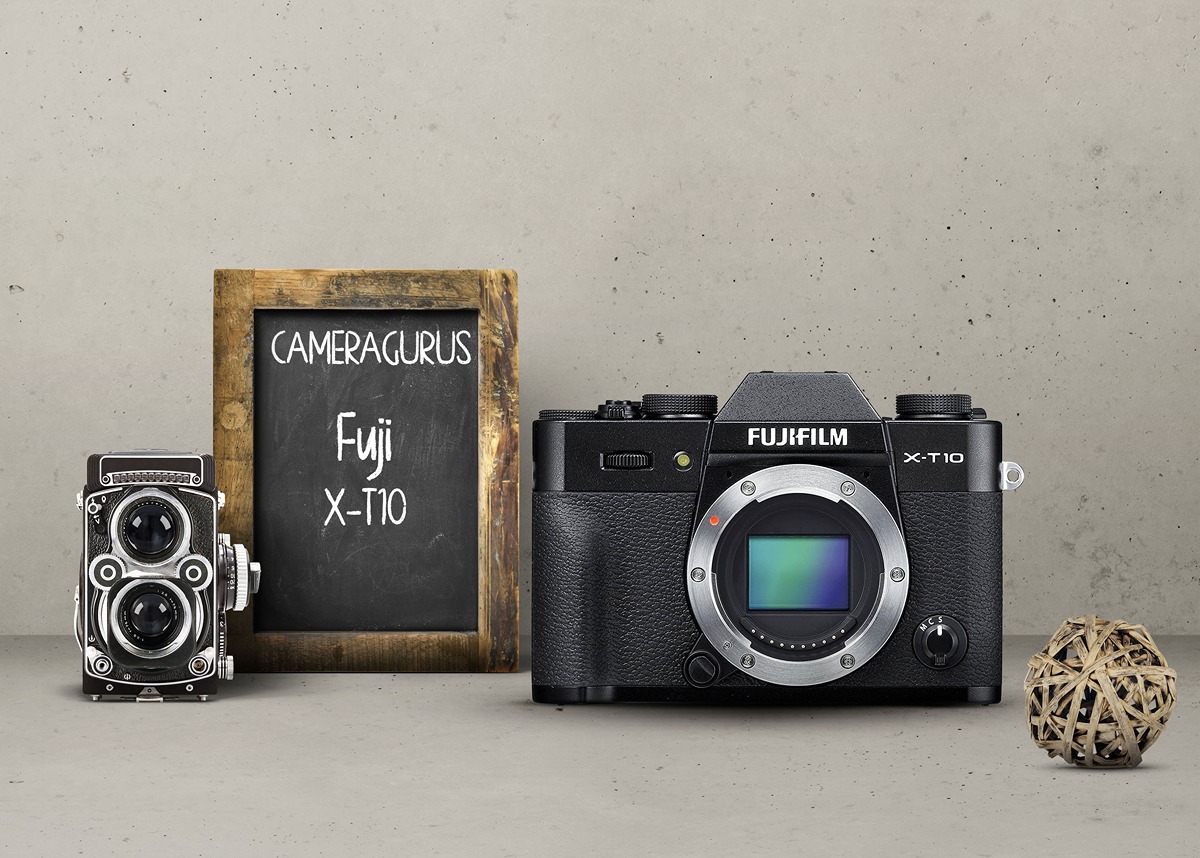 The Fuji X-T10 is one of the best macro travel cameras out there, and it achieved a 10/10 rating in our macro camera comparison article.

The Fujifilm X-T10 is a uniquely designed camera which comes with a plethora of premium features, and fast-paced performance. It’s been a popular option among enthusiast photographers for years now, and due to its specs and the ability to deliver stunning images with vibrancy, sharpness, and detail, it has remained as a top-option to this day.

Now, to start off the right way, first, we’ll point out some interesting facts about the design, and then, later on, we’ll jump to performance and specs, so let’s get to it, shall we?

Design-wise, the Fujifilm X-T10 it’s the smallest camera that offers a pretty high-end construction that uses a magnesium alloy shell similar to other high-end models that come at way more expensive prices. However, take in mind that this camera is not waterproof, so we don’t recommend using it in rainy conditions. Other than that, the Fujifilm X-T10 has a decent grip, which feels nice and offers remarkable comfort, while the textured spots on the body add extra points to this, plus some extra points to the overall appearance of the camera.

To continue, let’s also not forget to mention that Fujifilm X-T10 has a 2.36-million dot OLED EVF, while it’s really impressive since it offers 100% field coverage, which means that you won’t be missing any details within the frame, from the subject. When it comes to the screen, it offers a 3-inch 920k-dot panel which comes with pretty standard features, however, for the price, I think that the manufacturer should’ve implemented touchscreen capabilities, nonetheless, I’m also satisfied that the screen tilts, which means that you can shoot from different angles and viewing positions, which is pretty useful in some situations.

The Fujifilm XT10 features a 16-megapixel X-Trans APS-C sensor, which is okay, but not what I’d expect for the price, while it has a powerful processor and an incredible autofocus system that enables the camera for continuous shooting speed of 8 frames per second.

Since we mentioned the autofocus system, this particular camera is great for both still photography and for moving subjects, featuring a total of 77 contrast detection and 15 phase-detection AF points, these specs are plenty for most of your needs.

When it comes to video recording, the Fuji XT-10 can only record at Full HD 1080p, however, if you were hoping for 4K video, this camera is not capable of that, while this is something that I’m truly disappointed at because, for the price, the manufacturer could have done a better job.

Before we end, let’s not forget to mention that the Fujifilm XT10 has Wi-Fi connectivity with remote control from a smartphone or tablet, so as you can see, this camera pretty much offers everything you could ever need.

Overall, even though I find this camera to be a bit expensive for what it can actually do and how it performs, I still think this is a good mirrorless camera. It has plenty of useful features, and the performance overall is pretty decent.

Now, as for our second camera, we have the Sony A6000. I’ve done a couple of reviews about this product, whereas I’ve also made head-to-head comparisons about it, but if you haven’t read any of those, then let’s make another review where I’ll compare this camera to the Fuji XT10, and which one delivers more value for money.

The Sony A6000 comes with a relatively lower price than the Fuji XT10, it is a remarkable mirrorless camera which packs some serious specs and a plethora of premium features. I’ve seen many people who are just starting out using this camera as their first photography tool, which is also why I recommend it to every novice user, photography enthusiast, and hobbyist.

In terms of the design, the Sony A6000 comes in a compact, small and lightweight construction yet durable enough to withstand years of usage. Due to its size, this camera has been a top-option for travelers worldwide, and even to this day, if you search about it, you’ll see many people recommend this camera for photographers that travel a lot. It has a metal solid and sturdy body, while the rubber grip has a significant size that delivers exceptional comfort and allows the camera to be operated one-handedly, while this rubber grip also gives a great look to the overall aesthetics of the camera.

Now, even though this camera comes at a cheaper price compared to Fuji XT10, it definitely has a better LCD screen, boasting a 3-inch flip-out design with 921,000 dots which comes in handy in situations where you have to take shots from a tough angle or something similar. But, similar to Fuji XT10, this one also doesn’t have touchscreen capabilities, while this can be pretty disappointing for some customers since this has become a pretty common feature even for entry-level cameras.

Moving on to the performance, this particular camera has a 24MP sensor with a native ISO range of 100-25600, and a boosted ISO sensitivity of 51,200. Thus, the combination of these remarkable specs allows for impressive continuous shooting speed of up to 11 frames per second, while if you compare this to Fuji’s 8fps shooting speed, it’s definitely a whole lot better.

Furthermore, the autofocus system is also something to be acknowledged, featuring a 179-point AF system, with this camera, you’ll have incredible tracking which means the camera can keep the focus even with fast-moving subjects, while for the most part, this also enables this camera to be perfect for sports, portrait photography, videography, action, wildlife, and so on.

Since we mentioned videography, let’s just point out that the Sony A6000 doesn’t have 4K capabilities, but it can record at FHD 1080p at 24p/60p/60i frame-rates, while it delivers stunning details with sharpness and vibrancy. For more convenience, there is also an option included which lets you save uncompressed clean-screen video files and transfer them to other external devices, but of course, via the HDMI connection.

In terms of connections, the Sony A6000 has a built-in Wi-Fi as well as NFC, while this is also an area where the Sony A6000 outmatches the Fuji XT10. Thus, you can transfer and share your files whenever you want, easier than ever while the connection with compatible smartphone devices or tablets. However, that’s not all, since you can also do all of that using another method. Basically, there is an app called Camera Apps, which is great for people who want remote access to their camera, but first, you’ll have to download this app on your smartphone.

To conclude, the Sony A6000 delivers great value for money, and it is the perfect compact, mirrorless camera for travel, sports, action, wildlife, and portrait photography. So, if you find yourself in one of these categories, then don’t hesitate to purchase this camera because you simply can’t go wrong with it.

We already mentioned the fact that Sony A6000 delivers more value for money, but there’s more to it since Sony A6000 even has better specs than Fuji XT10. Nonetheless, they are both great cameras to go with, whereas their prices mainly differ due to their built-quality, while in terms of features, they are mostly the same, but when it comes to performance, I must say that the Sony A6000 is a tad ahead.

Even though we got the comparison table out of the way, we’ll still point out their most major differences, such as the 16MP vs 24MP sensor, the native ISO and the boosted ISO differences, and the autofocus system. If you didn’t notice already, Sony A6000 outperforms Fuji XT10 in all of them, which comes to our saying, the price doesn’t really mean much if you know what features are you after for more.

This is something anyone should consider before purchasing a camera, make sure you know for what you’ll use it, is it videography or photography, is it sports, or is its events, and things like this. By knowing these, you can make your camera buying process a lot easier, because you already know for what kind of features are you after, and you know what to look, whereas, in this article, we’ve stated why is Fujifilm better for still photography and for landscape, and why is Sony A6000 better for sports, wildlife, events, weddings, portrait photography, and so on.