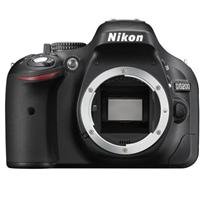 This time, I will be reviewing the Nikon D3300 and Nikon D5200 which are two entry-level DSLR cameras that have been going around for a while, the D3300 appeared in January, whereas, the D5200 in January 2013. Even though there’s nearly a year difference between them, they are very similar to each other and share multiple things such as the inclusion of an APS-C sensor.

Now, let’s get started and find out which one should be a better option for you, however, keep in mind that the battle’s gonna be very intense!

The Nikon D3300 is a fairly compact and lightweight camera considering the fact that we are talking about a DSLR camera because it measures 3.9 x 4.9 x 3″ (HWD) and weighs around 15.2 ounces without a lens! It’s a good option for those that are starting to go to college and need a beginner camera for film school.

In addition, although its body is made of a polycarbonate, the plastic feels smooth and thanks to its deep grip that is covered with a textured surface, this camera is comfortable to shoot with and it won’t cause you to feel fatigued even if you’ve been operating with it for a long period of time.

Aside from being a comfortable and lightweight camera, the D3300 is also stylish and honestly, I like its matte-black body that employs a red accent that surrounds the area below the shutter release button.

Since I’ve mentioned the buttons, I’d like to inform you that on the top-center, you can find a hot shoe, while on the right side, there is a single Mode dial that offers you an access up to 10 different modes, while slightly below, there are three buttons that surround the shutter release button which also acts as an On/Off button.

On the rear, the control layout is very simple, since on the left, you can find an array of buttons, single AE-L/AF-L button that sits on the top, as well as a couple of more buttons that are set on the right-handed side in a kind of compressed fashion.

The top-center part of the camera when you view from the rear, holds a decent-sized, pentamirror viewfinder that has a magnification of 0.85x, up to 95% of coverage, and to be honest, it is of an average quality, but since you may be a beginner if you’re reading this article, I really doubt that you may find some remarks since shooting through the viewfinder is pretty good.

Moreover, slightly below, there’s a 3″ 920k-dot LCD screen that outputs sharp visuals and this definitely comes handy especially if you opt to record videos or playback the pictures or videos you’ve already taken. However, my only remark is regarding its flexibility, since it is fixed and therefore, you will be unable to adjust its position and shoot from multiple angles.

In terms of the connectivity options, the D3300 packs a USB/AV port, an HDMI port, single card slot that supports SD/SDHC/SDXC memory cards, and sadly, it doesn’t have a built-in wireless support, so, you won’t be able to transfer your content via Wi-Fi/NFC/Bluetooth.

Performance-wise, this model incorporates a 24.2MP CMOS DX-format sensor, 11-point AF with 3D tracking, burst shooting speed of 5 fps, an ISO range of 100-12,800 which is expandable to 25,600 and runs on an EXPEED 4 image processor that minimizes the occurrences of noise throughout the ISO range and ensures that the images and videos are going to look exceptionally good! I even used it as my camera for stop-motion photography, and it performed well.

For your information, the D3300 is quite a strong performer that knows how to handle the image noise in both low and high-light situations, however, once you reach the ISO 3200 and push upwards, the noise starts to appear more, but specifically at ISO 3200, it isn’t heavily pronounced so, up to this point the results are great! What’s even cooler is that this camera has a built-in noise reduction system. But, keep in mind that the more you rely on it, the more decrease in terms of sharpness you’ll have in a return.

At the highest levels, as expected, the luminance noise does overtake the image quality, so, I would suggest you avoid ISO 12,800 – 25,600 because images are indeed unusable!

Otherwise, results are great in my opinion!

Last but not least, do not hesitate to record videos as well, because aside from being a photographer, you can try yourself as a videographer from time to time! As a matter of fact, the D3300 records 1080p videos at 60 fps, and the overall footage quality is definitely sharp for such an affordable unit! 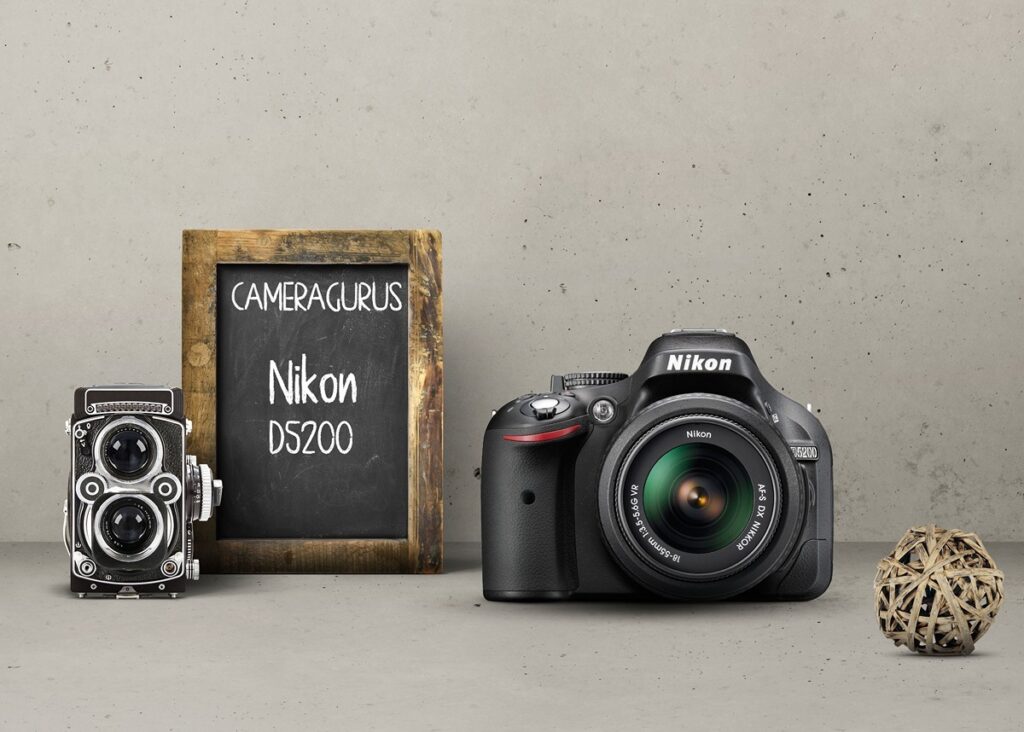 The Nikon D5200 looks nearly identical to the D3300, if you take a look at its matte-black body that is followed by a red accent which is set at the same location, however, the main difference can be recognized at the sides, because the D5200 is slightly more rounded.

If we take a look at the dimensions, the Nikon D5200 is very similar to the D3300 because it measures 3.9 x 5.1 x 3.1″, and weighs approximately 1.1 pounds without a lens, and when we add the fact that it is also made of plastic that feels solid, I can easily say that both cameras are fairly compact considering the fact that they are DSLR and both of them share a solid built construction.

Moving on, the D5200 has a deep, rubberized grip as well, which is surely a great addition because the photographer will always have a comfortable hold and the camera will stay steadily in place which is kind of cruicial in the world of photography.

When it comes to the control layout, the D5200 houses a standard Mode dial with a switch that turns on the integrated Live View mode, as well as a couple of more buttons that are identical to the D3300. To be more precise, the shutter release button is positioned at the natural position where you should expect, and it is surrounded by three buttons, same as the D3300, while at the center, there is a hot shoe.

Once you take a look from the rear, you can instantly notice the difference in comparison to the D3300, because on the left-handed side there aren’t buttons at all, because most of them occupy the top and the right part of the body.

At the center, there’s a large, pentamirror viewfinder with up to 95% of coverage and a decent magnification of 0.78x which will help you achieve great results because you can instantly lock onto a target and capture everything you wish.

Slightly below, there’s a tilting, 921k-dot LCD screen that will allow you adjust the position according to your preferences, and since it outputs well-defined visuals, without a doubt, I can say that the D5200 beats the D3300 at this point!

When it comes to the connection ports, the D5200 employs an HDMI port, USB 2.0 port, microphone jack, AV output and as was the case with the D3300, this unit lacks Wi-Fi as well, hence, the result is a tie.

Speaking of the performance, the Nikon D5200 utilizes a 24MP DX-format CMOS sensor, has a 39-point AF system with 9 cross-type focus points, continuous shooting rate of 5 fps, an ISO range that stretches from 100-6400 which is expandable up to 25,600 and runs on an EXPEED 3 processor that facilitates fast processing speeds with the intention to provide exceptionally strong results.

Namely, the D5200 outputs strong and satisfying results even at its highest native sensitivity level of ISO 6400, but in my honest opinion, the best results can be achieved up to ISO 3200, because at this stage, the color accuracy is nothing but excellent, and details are wonderful when viewed from any aspect. This stands for JPGs by the way.

Given the opportunity that you can also capture RAW imagery, I can easily say that even at the highest ISO values, the D5200 remains superb and keeps the luminance noise at the satisfactory level for the photographer which is awesome!

Also, the D5200 is great for capturing videos thanks to its ability to record 1080p videos at 30fps/60i, and what’s great is that the footage looks delightful because it is filled with numerous details and the color accuracy is really, really good!

Until now, I’m sure that you already have a clue that both cameras are excellent options for the novices who want to find their way in the world of photography, while maintaining the expenditure to the minimum, since both cameras are easily affordable for thousands of customers on the market.

Before we announce the winner, I’d like to make a quick head to head comparison of both products, and where one of them beats the other and vice-versa in order to help you shape your decision and make it be as accurate as possible!

On the contrary, the D5200 packs an articulating screen which clearly, deserves more credits, has 28 more focus points ( 39 vs 11), has 8 more cross-type focus points ( 9 vs 1), and has a timelapse recording capability.

In my honest opinion, I’d go for the D5200 because it shows to be the overall winner of this head to head comparison.