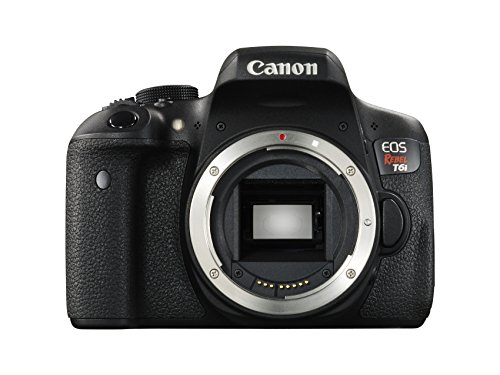 Canon and Nikon are both highly-rated camera brands which have been providing customers worldwide with advanced cameras, while sporting a variety of features with high-res, APS-C-sized megapixel sensors, etc.

For this article, both the Nikon D3400 and the Canon T6I are entry-level cameras which have their differences in price, as the Canon T6I tends to come at a significantly more expensive cost, however, the price doesn’t have to be the thing that can tell which one is the best, as it is for some cameras, they come at relatively lower-costs, but still boast features of a premium camera.

Both of these cameras will perform exceptionally good, in whichever scenario day-to-day shooting or for more advanced use, however, we do think that the T6I has a couple of extra features compared to the Nikon D3400, even though you might not need them or use them, they’re still there.

Since we pointed out that this Canon camera has a couple more features than the Nikon D3400, let’s just state that canon has gone from offering lightweight compact cameras, fixed lens flexibility to DSLRs and mirrorless cameras with state-of-the-art features. Therefore, Canon’s range of cameras offers everyone the possibility or a route to creativity, and a way for people to express themselves using only one tool, the camera.

You might think that we’re fans of Canon in this article, but truly, we make our comparisons without leaning on the other side, but instead, providing you with the most precise and accurate information that we can.

Okay, let’s not leave out Nikon, because Nikon is just as good and reputable as Canon, if not more. It is one of the world’s best-known brands, with highly-rated cameras which is not a surprise since almost any photographer or video filmmaker out there uses Nikon. Nikon cameras mostly come in three types, DSLRs, mirrorless cameras, and compact cameras, either way, depending on what you need, no matter what you choose, they are all remarkable.

Now, let’s start reviewing both cameras, while at the end, you’ll also find a comparison table in which we’ll see the basics specs of both cameras. 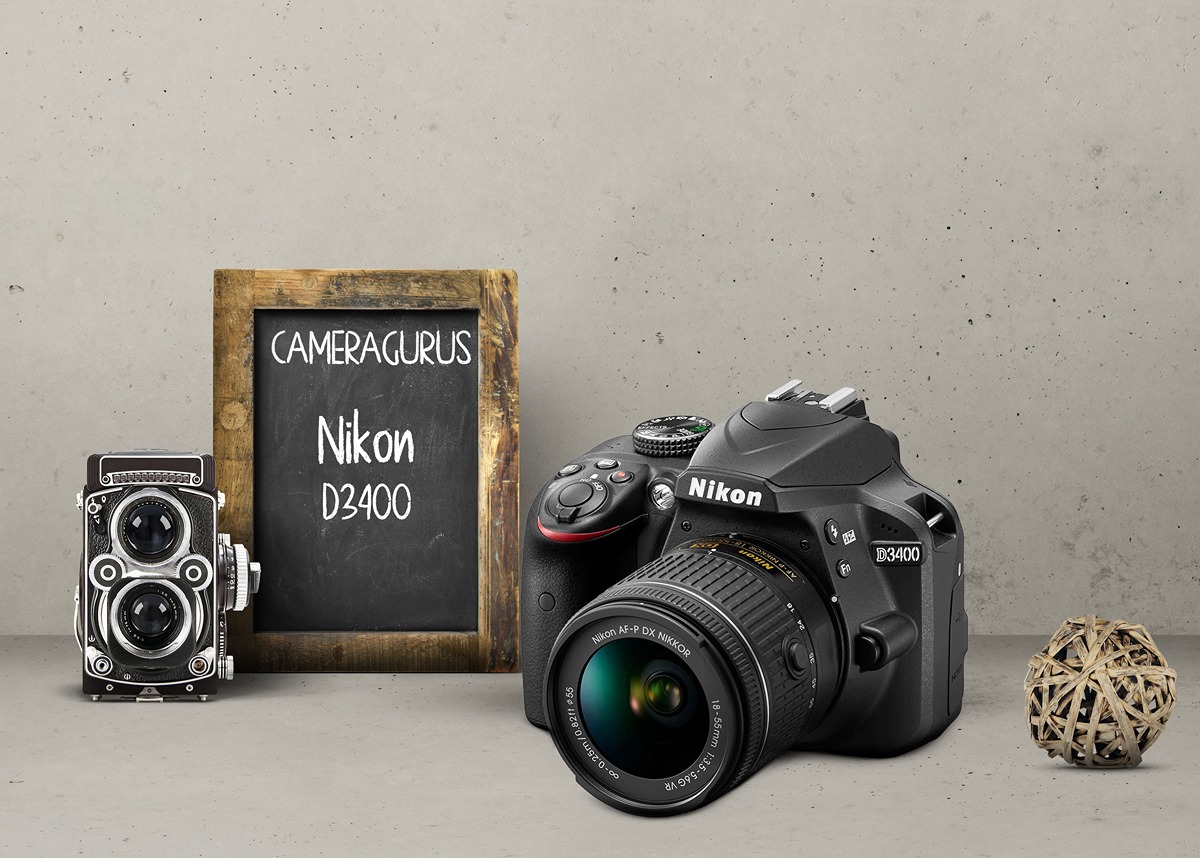 Just as we mentioned, the Nikon D3400 is the brand’s most popular entry-level DSLR which is compatible with lots of Nikon’s lenses, while it also offers the user will full control over such things like exposure and focus.

We personally think that this camera is perfect, especially for the design that it boasts since it is simple to use and has a small enough construction which makes it a perfect choice for people who travel or want to take their camera anywhere.

So, design-wise, just by its small construction you can tell that this camera is lightweight, however, you will still have enough grip to get hold of the camera, while there will also be enough space on the rear in order for you to place the thumb without touching any of the controls. You might find this not that much of a big deal, however, if you are a camera enthusiast and you’ve tried different cameras, you probably know that not having space for the thumb on the rear can really be annoying, and you simply click on controls by accident the whole time.

To get more into the specifics, the D3400 features a 24MP sensor, and as it is an entry-level camera, this is the most common pixel count across interchangeable-lens cameras out there.

Additionally, what’s really impressing is that the sensor inside the D3400 doesn’t have an optical low-pass filter, which basically means that it captures more detail than it normally would, resulting in crisp subjects even when you view the images at their full size in Photoshop or some other software.

Other than that, this particular camera works over a reasonably wide sensitivity range of ISO100-25,600, which translates to a one-stop expansion over the native ISO12,800 range, for instance like its predecessor the D3300.

What I also like about this camera is that it’s paired with Nikon’s EXPEED 4 processing engine, thus, it allows 5fps burst shooting along with Full HD video recording with an impressive 60p.

For some camera enthusiasts, this may not be their ideal choice, since unfortunately, the Nikon D3400 doesn’t have 4K video capabilities, either way, 4K video shooting is not a common feature for entry-level DSLRs, so don’t get disappointed.

Furthermore, the camera features an 11-point AF system that has a single cross-type point in the center of its array, while the maximum sensitivity is down to -1EV. Therefore, you have the option to make the camera focus continuously on a subject, this also includes Nikon’s 3D tracking technology, while the camera can also continue to autofocus in live view and when recording videos as well.

But that’s not all, manual focus also plays a part in this camera’s features. It is selectable through the menu and can be optimized using the ring which you can find at the very front of the camera’s kit lens.

Moreover, one last thing to mention before we end is that Nikon hasn’t included Wi-Fi inside the body, but don’t worry, since wireless image transmission is still possible, and there’s a feature made specifically for this, it is called SnapBridge. You will still have Bluetooth to deliver images straight to smart devices, which is great for an entry-level DSLR.

The Nikon D3400 is the ideal option for entry-level photographer and video shooter, which comes at a relatively low-cost without sacrificing quality or performance. 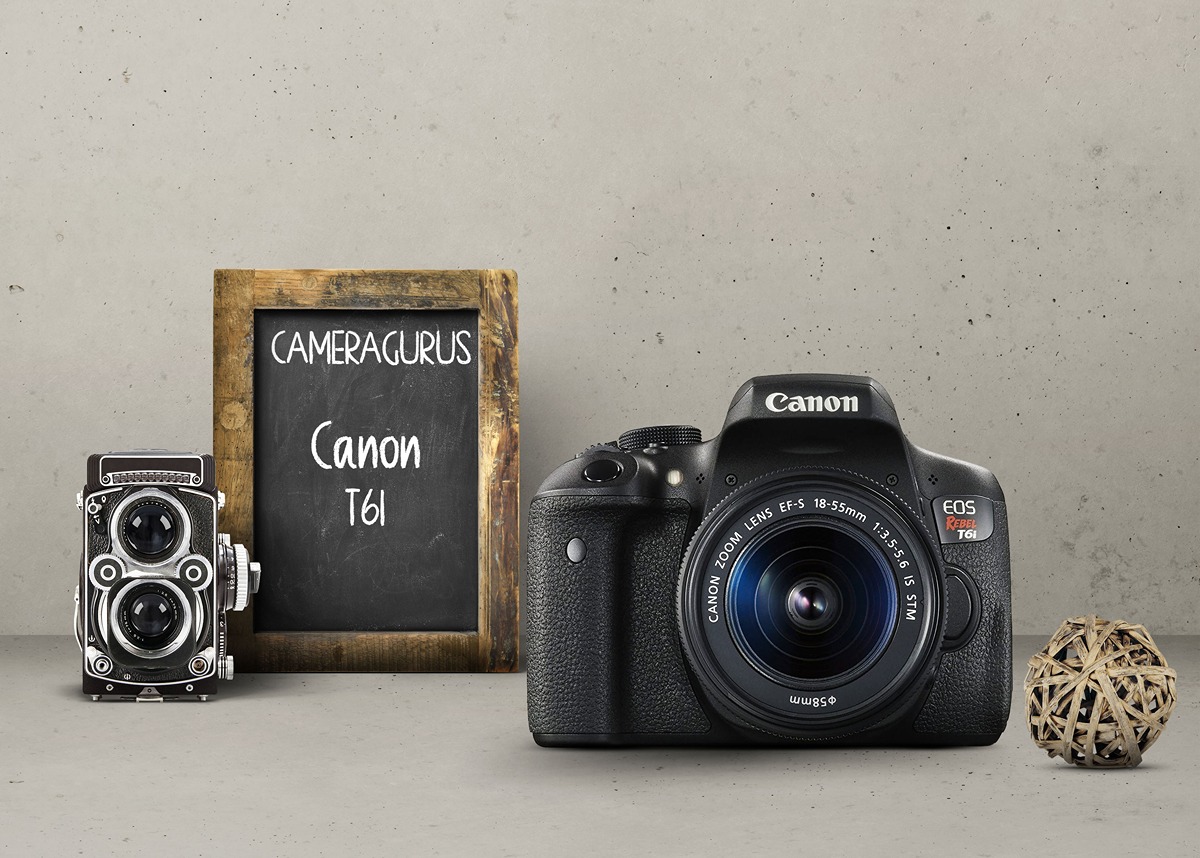 Just to start off, the Canon T61 is the greatest entry-level DSLR camera that you can find, of course, that’s just our opinion, but you’ll find this to be true by the end of this review.

As it is something we usually do at the beginning of our reviews, let’s just point out that some interesting facts about this camera’s design. It boasts an aluminum allow and polycarbonate construction along with a glass fiber chassis that gives the camera incredible durability for an entry-level DSLR.

Apart from that, you’ll also be surprised by the textured coatings on the deep grip that you can find on the front and the small thumb bridge on the back, which allows the camera to be a lot more comfortable and safe when you hold it in your hands, preventing accidental drops of some sort.

Compared to our first camera, the Nikon D3400, this one comes at a more expensive price, however, just like we pointed out in the beginning, the Canon T6I has some extra features that the D3400 doesn’t.

To get more into the specifics, the T6I features a new 24.2MP APS-C CMOS sensor combined with a new 7560 pixel RGB + IR metering sensor which results in more accurate metering.

The phase-detection system which composes images in the viewfinder is fast and accurate, yes, this camera has also included an optical viewfinder for which we’ll take about later in this review. To get to the point, this camera would also make for a perfect choice for sports or action shootings.

Something that is common in most DSLRs, the Canon T6I uses a 19-point phase-detection AF, which compared to its predecessor, the T5i, it has come a long way since the Canon T5i used the 9-point AF system. Other than that, this particular model also has an impressive ISO-range of 100-12800, and expandable to up to 25600.

However, similar to the Nikon D3400, the Canon’s 5fps continuous shooting remains the same, along with the 1080/30p video.

As it is a DSLR camera, the Canon T6i has included an optical viewfinder, which shows 95% of the scene, so take in mind that you will need to take care of composition if you want to avoid including unseen elements on some edges of the frame.

All and all, price is also one of their many differences between the Nikon D3400 and the T6i.

Overall, the Canon T6i is an incredible camera that is capable of delivering superb image quality, however, with a relatively higher price than the Nikon D3400.

As we reached the end of this article, we can’t really decide which camera is better than the other, however, if you are someone who takes features of the camera into serious consideration, then we must say that the T6i is richer than the Nikon D3400.

Just like we mentioned in the beginning, these camera’s also differentiated on price, as the Canon T6i comes at a relatively higher price than the Nikon D3400, it pays the debt in features.

If you want to get an entry-level DSLR that comes at an affordable price yet it still has some impressive features and remarkable performance, then the Nikon D3400 might be the ideal solution for you. But take in mind some things, this camera doesn’t have built-in Wi-Fi, nor a touchscreen LCD, so if you’re someone who is looking for such features, then this might not be your best choice.

However, if you’ve saved money, and you’re looking for an entry-level feature-rich DSLR, then the Canon T6i is the perfect tool for you, due to many things such as the built-in Wi-Fi, the Flipout screen, the touchscreen LCD, the improved autofocus, the new image processor, etc.

All and all, depending on what your requirements are, and for what you need the camera the most, you can still find the Nikon D3400 to be better than the Canon T6i, for example, if you need it for day-to-day shooting, or if you’re a traveler, the Nikon D3400 is the best option since it has a very lightweight construction. So, in other words, they are both great camera’s to start with.