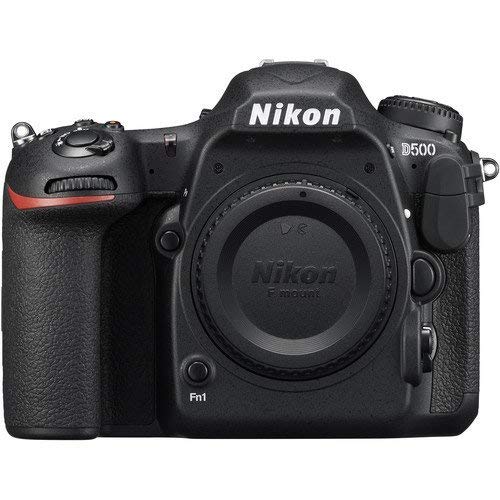 If you are a photographer who wishes to upgrade your photography to a whole new level, then one of these cameras would be the perfect addition for you. I’ve previously done reviews about these two cameras, nonetheless, we haven’t compared them yet, so for the sake of this article, I’m going to go through every details, spec, performance or feature and point out even their slightest differences between them.

They are both great DSLRs to go with, while they also tend to have a more expensive price, but that’s doesn’t really matter since they pay the debt fully in performance, specs, and features, while from my perspective, I’ve previously used the Nikon D500, and I still use it in some cases, I can safely say that it’s one of the best cameras I’ve used, and it truly delivers great value for money.

By the end of this article, I’m pretty sure you’ll have enough arguments to support your decision, whether you should go for the D500 or the Nikon D750, however, no matter what you choose, you won’t go wrong with any of them since they both share similar specs, well mostly, while they differ in some features.

I will also provide you with a comparison table after we finish with the reviews, where you’ll be able to see some of the most important specs and features, and which one outperforms the other in which case. Okay, so let’s not wait for any further and dive straight into the topic to see what these cameras are truly capable of. 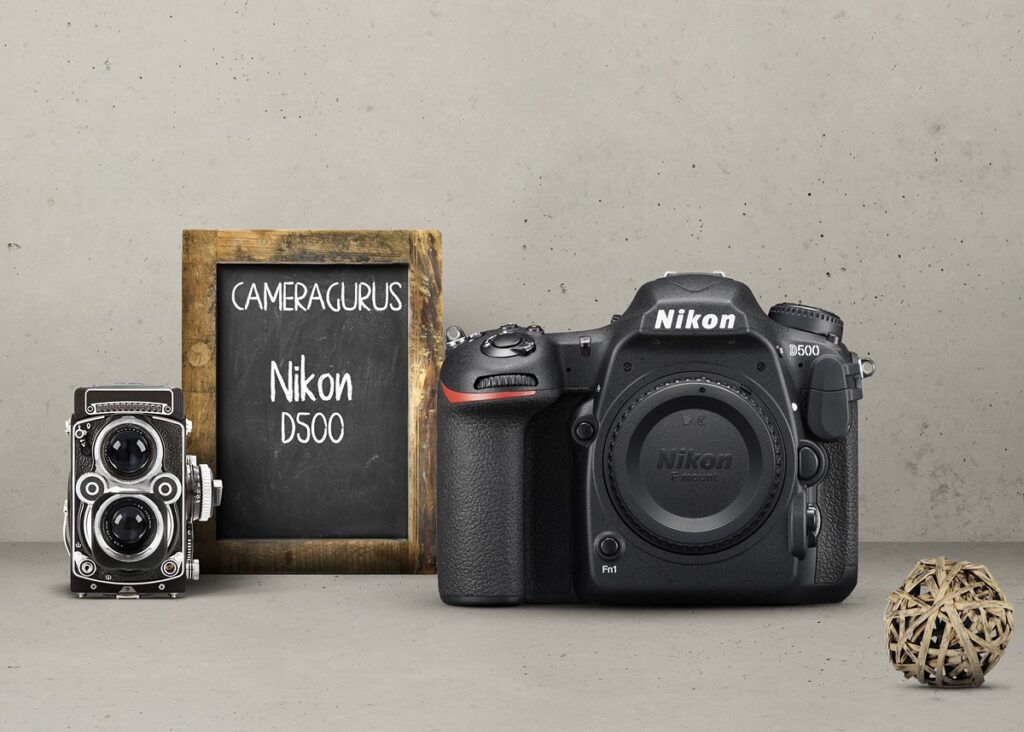 Despite the fact that this camera was released almost 4 years ago, still, it doesn’t really make a difference because it has the latest technologies with a plethora of premium features built within. Just as I mentioned, it’s one of my favorite DSLRs out there, and I’ve been using it for quite some time, so let’s see if it suits you.

Before we start, it’s important that you know for what purpose you need the camera for, is it photography, videography, commercial applications, or something else. Therefore, make sure you check if the features that the camera offers are compatible with what you’re intending to do with the camera. Okay, now, let’s start with the design, shall we?

Design-wise, this particular camera features a sleek construction along with a metal chassis which brings up a modern yet striking camera design. I’ve been using it since it came out, and I can pretty much conclude that it packs incredible durability, it can withstand years of torture and usage and it will still work like brand new. As for the handgrip, for my hands which are particularly large, I find it comfortable to hold the camera, while it can also be operated one-handed since all the controls and the button layout are decently placed so they can be reached easily.

To continue, what I also like is the LCD screen which boasts 3.2-inches and it has 2,359,000-dots, which means that it delivers dazzling image details, it is vibrant, and it performs well in outdoor light as well. For more convenience, the LCD has touchscreen capabilities, but it can also tilt, so for those of you that are used to scrolling through images or navigating through the menu using the touchscreen, you can do all of that with the D500. Thus, since we mentioned that it can tilt, it means that you can take shots from different angles and viewing positions, while for videographers, this is a very essential feature to have.

Okay, but what about performance?

For starters, it has a 20.9-megapixel sensor while it runs the EXPEED 5 image processor, thus, if you combine these into one piece, the camera can output a continuous shooting speed of 10 frames per second. That’s really good news since this fps rate is currently being used for many commercial applications, so basically, the D500 has pretty high-end specs.

However, that’s not the best part, since the autofocus system is also something that really needs attention. The Nikon D500 has a 153-point AF system with 99 cross-type points, which means that the camera has incredible tracking abilities and it can maintain focus with fast-moving subjects with ease. Regarding the ISO, the D500 features a native ISO sensitivity of 100-51,200, while it can also be boosted to ISO 1,640,000. Even in low light conditions, you’ll still get stunning results due to the remarkable ISO, in other words, there’s really nothing you could ask more when it comes to this incredible and powerful DSLR.

Now, in terms of video recording, aside from Full HD 1080p, the D500 can also record in 4K UHD video at 3840×2160 at 30/25/24p. This in combination with the autofocus system, along with the fast performance makes the camera perfect for wildlife, action, sports, events, and so on.

Before we end, let’s not forget to mention that there’s also a built-in Wi-Fi, Bluetooth that allows you to share or transfer files easily within seconds, but of course, using a smartphone device or tablets.

To sum up, the Nikon D500 has everything a photographer and a videographer could ask for, it is the perfect upgrade if you want to elevate your photography to a whole new level, it comes with high-end performance and some serious features. 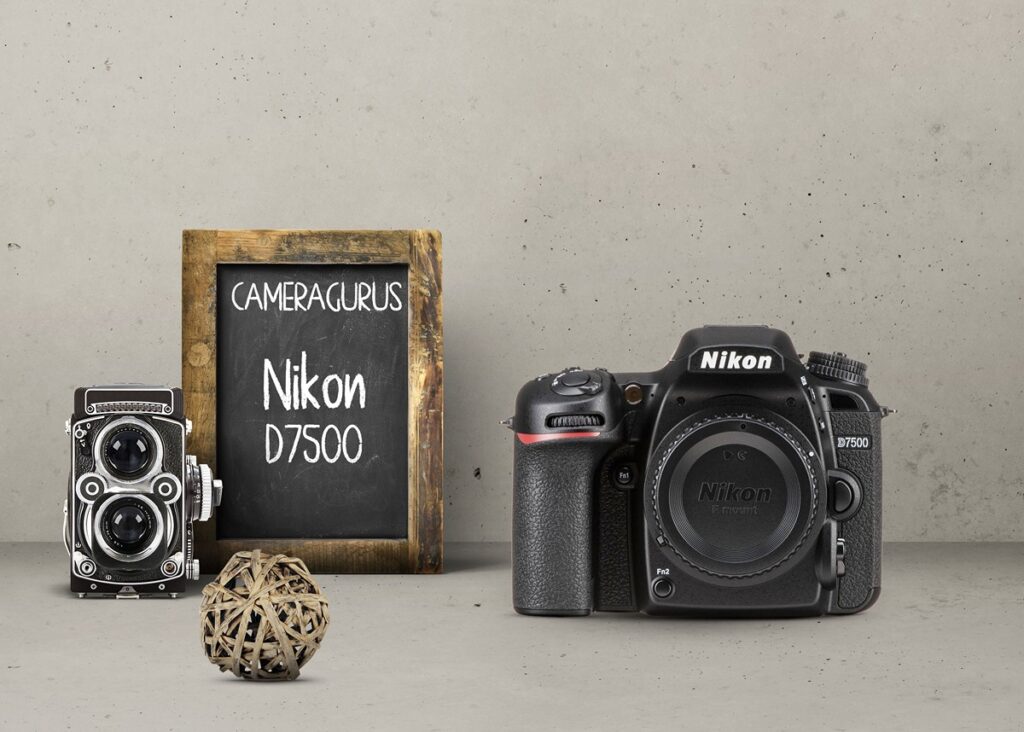 The Nikon D750 has been a popular option among many professionals and photography enthusiasts for years now. It is a full-frame DSLR that delivers stunning image quality with plenty of details, sharpness, and vibrancy, while it also packs some of the most high-end features out there, but we’ll talk about those later in this review. First, let’s start by mentioning a couple of interesting facts about the design.

In terms of the design, this particular camera boasts a compact and lightweight design which makes it preferable for travelers, while the slim construction covering the whole front part is made of carbon-fiber-reinforced thermoplastics. There’s plenty of things we can mention about the design, including the rear magnesium alloy part, which when combined with the front, brings out a ruggedness and nimbleness that suits the camera well.

Other than that, I also really like the handgrip, it has a decent size, while the textures on the sides deliver exceptional comfort while holding the camera, and apart from that, they give a great look to the overall appearance.

To continue, the 3.2-inch 1,229k-dot LCD screen is also pretty impressive since it delivers great details and it can be previewed even in outdoor light. But there’s some bad news about the LCD screen, even though it has a tilting design which is great for videographers, the camera still lacks touchscreen capabilities, which means for those that are used to scrolling through images or navigating through the menu with touchscreen, then maybe this camera is not the ideal choice for you.

Nonetheless, there are plenty of other features and things that can change your mind, starting with the 24.3-megapixel full-frame CMOS sensor, the EXPEED 4 image processor and the native ISO sensitivity of 100-12800. Basically, if you combine all of these specs, you’ll get a continuous shooting performance of 6.5 frames per second, which is good, but not as good as D500’s 10-frames per second continuous shooting speed. Since we mentioned the ISO, with the help of these specs, you also get to boost the range to 51,200, which means that you’ll have enhanced definition and reduced noise at high ISO.

Regarding the autofocus system, yet again, it’s pretty impressive but it’s not as good as D500’s AF. To be more precise, the D750 has a 51-point AF system with 15 cross-type points, while it can track and maintain focus without any problems even with fast-moving subjects, but if you are a serious videographers and if you were to choose between these two cameras, I would suggest you go for the D500 since it has better specs for this aspect.

Also, what I like about the D750 is the optical viewfinder which allows for 100% field coverage that can be rarely found in many DSLRs. This is a very important thing because you don’t want to miss out on any details when you shoot your shots, not even the small corners that miss out if you have a field coverage below the 100%.

Another thing that the D750 lacks is the 4K video, which again brings up what we said about this camera, it’s not the perfect addition if you’re a videographer. However, it can shoot full HD 1080p while it also has a dynamic range sensor that can be upgraded with the built-in HDR shooting, and you also get a plethora of creative effect to choose from to add more elements to your work, such as the Selective Color, Color Sketch, Miniature Effect, and more in real-time to both still and HD videos.

In terms of connections, the D750 has built-in Wi-Fi, so you won’t have to worry about sharing or transferring your images with other compatible devices such as smartphones or tablets.

In the end, the Nikon D750 is a great camera for photographers, but it’s not the perfect choice for videography. I really like the 24MP full-frame sensor, as well as the creative effects which save you the time of editing your work post-shooting. If you decide to do with this camera, then we also recommend you get a lens for your Nikon D750.

As we reached the end of the article, and as we got the comparison table out of the way, by now, I believe you have enough arguments to support your decision.

It’s pretty obvious which camera is better for what, but for the sake of the article, I’ll try to divide them by usage.

The Nikon D500 is the perfect all-rounder, it’s great for photography, but it is even better for videography, which makes it perfect even for commercial applications, wildlife, sports, action, and so on.

On the other hand, the Nikon D750 has a full-frame 24.3-megapixel sensor, which makes the camera ideal for still photographers, portrait photographers, landscape shooters, and so on. All and all, the D750 delivers great value for money, but if you’re after a camera that can shoot 4K, then maybe this full-frame DSLR is not the ideal choice for you.