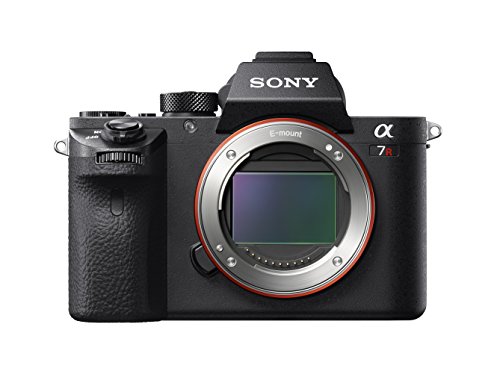 It is interesting to see the advancement in technology we have seen from mirrorless interchangeable lens cameras. Ten years ago, if you have said that a mirrorless camera can compete with a DSLR camera, people would laugh at you, but here we are these cameras deliver exceptional performance and are pretty much the future. Well, of course, they are not as reliable and powerful workhorses as some DSLRs, but they are closing the gap with each release.

Nikon is known for its digital single-lens reflex camera prowess, especially in the entry-level market, however, the company has some pretty serious options in the prosumer market as well. Their full-frame models have been pretty amazing and have delivered top of the line performance, and have been the go-to cameras of a large number of professionals. Sony, on the other hand, was also a great lineup of DSLR models, however, the company has put an amazing focus and dedication in their mirrorless interchangeable lens models, and they have brought a pretty solid lineup from the entry-level market to the high-end professional cameras. Nothing short of amazing from both companies.

Today we are going to compare two amazing cameras, a full-frame DSLR from Nikon’s lineup and a full-frame mirrorless interchangeable lens camera from Sony’s lineup, both pretty high-end premium models. It will be very interesting to see how these two cameras from different natures will compete with each other, as their differences make them attractive against each other.

Our first candidate is the Nikon D810, a full-frame digital single-lens reflex camera released in June 2014. It was designed as a semi-professional camera that could perform at a professional level, and it is a pretty capable model, that can shoot I a wide range of scenarios. It is one of the most powerful cameras in the market without a doubt.

Moving on we have the Sony A7R II, a full-frame mirrorless interchangeable lens camera, released in June 2015, so there is a one year advantage between. This was designed for the professional market, but since then the manufacturer has released two newer versions and the price has dropped a little, and it comes as one of the most attractive cameras in the market, capable of doing everything excellently.

Let’s take a closer look at both of these cameras. 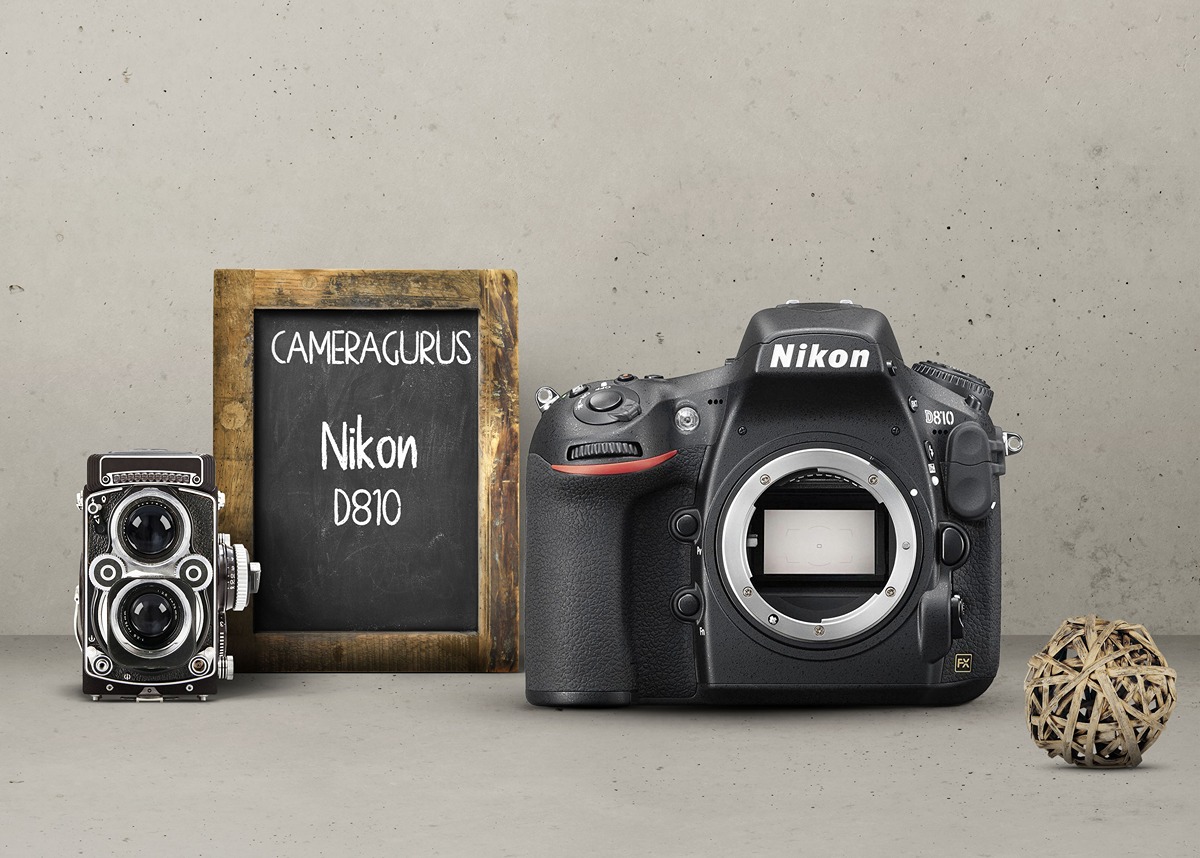 The Nikon D810 is one of the best cameras in the market, despite being released about 5 and a half years ago now. It still is a workhorse, delivering amazing pixel count, great burst shooting speeds at full-resolution, it lacks an anti-aliasing filter which is excellent, a perfect image processor, build quality for the ages, and tons of other features that make this camera a solid choice for professionals and semi-professionals. I even use it for stop-motion photography!

In terms of aesthetics and design, the Nikon D810 resembles very closely to its predecessors, which is not a bad thing per se. It has a large size this camera however, measuring 5.6×3.2×4.8-inches in total and has a weight of 2.16-pounds making it not a perfect choice for those that seek a compact or travel camera. The manufacturer has improved some things though, for example here we get a more pronounced and deeper handgrip and a more intuitive thumb grip on the back. It is worth mentioning that the device has a full-magnesium alloy construction that is also weather and dust sealed, resulting in an ultra-durable body.

The Nikon D810 has a great optical viewfinder that also has an OLED panel on top to display more information, such as exposure and such, and it has a 0.7x magnification. It also has a built-in flash that works good, and as a professional camera, it has a wide range of controls and dials that give you the excellent creative freedom to choose from. The 3.2-inch LCD screen has a better resolution compared to its predecessor with 1,229K dots, which results in better sharpness, but it is not touch-responsive.

In the autofocus department, the Nikon D810 uses an ultra-capable Multi-CAM 3500FX phase detect system, that uses 51-points of which 15 are cross-type sensors. This system works flawlessly for still images, landscape photography and sight shooting, however, it can also shoot fast-moving subjects adequately. It also utilizes a 91,000-pixel RGB metering sensor to track subjects amazingly, and what is more interesting it can even track faces, thanks to Nikon’s 3D tracking technology.

The Nikon D810 is equipped with a full-frame 36.3MP CMOS sensor with no anti-aliasing sensor delivering an amazing amount of details and images. It is also paired with the company’s Expeed 4 image processor, which deliver better image quality, on top of that it has a native ISO range that spans from 64 to 12,800 and through it, captures perfect photographs, and manages to eliminate noise adequately and naturally.

This camera can shoot 5 frames per second with full resolution and it is very sensitive as well at retaining detail and color. While this doesn’t make this camera great for wildlife and action photography, it can quite comfortably hold itself in those situations. Coupled with the battery life of about 1200 shots, this camera is a truly professional landscape photography camera. 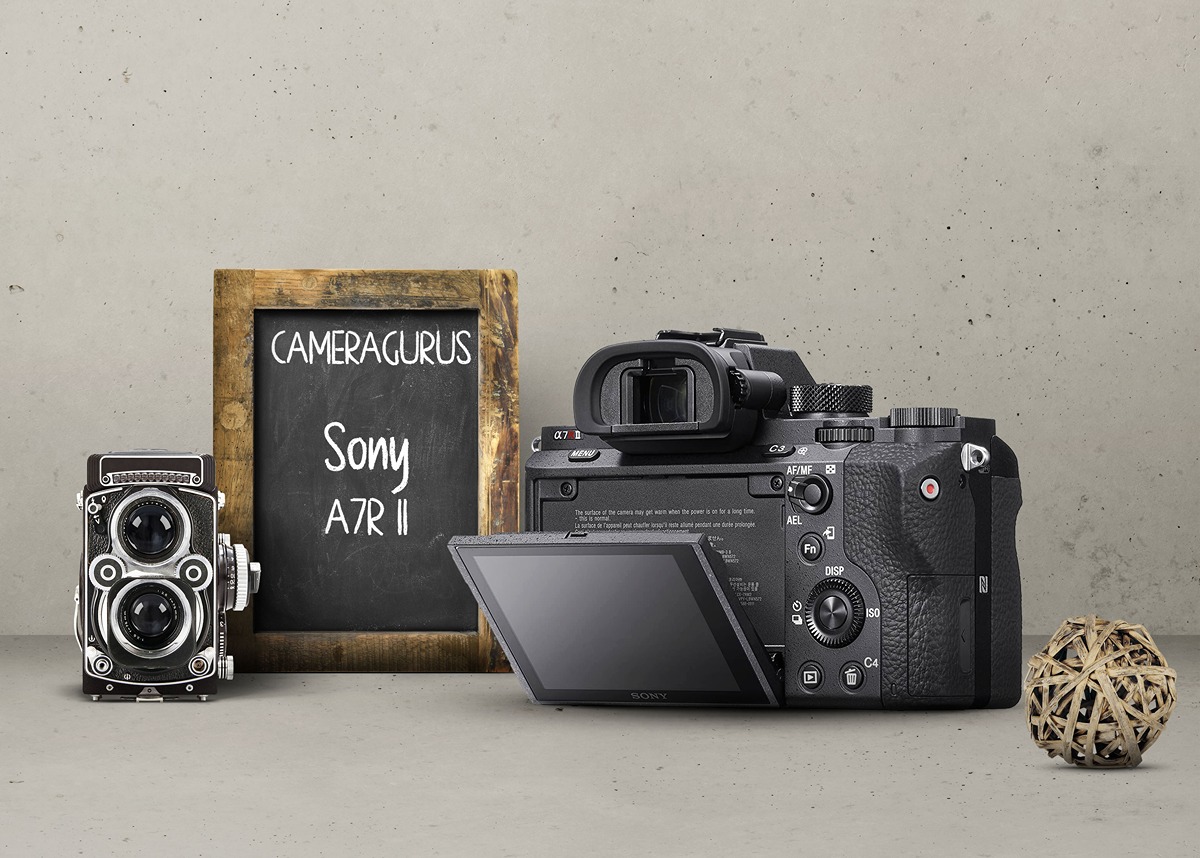 In 2013 Sony released the first full-frame mirrorless camera with autofocus, the A7 basic, the video focused A7S and the high-end premium top of the line model A7R, and since then the company has not looked back. It has established itself as one of the boldest camera makers in the market, and it has delivered perfect mirrorless models since then.

The Sony A7R II is the second in their series and it is a perfect professional camera for landscape and portrait photographers. It has one of the best autofocus performances in the market, and it is still capable of shooting great video. While the lens options are not as rich as we would like, there are some solid options out there, and when you consider that this compact camera has a very high-resolution sensor and amazing image processor, you simply cannot compete with Sony’s mirrorless prowess.

Sony A7R II like all the cameras in the A7-line has the retro vintage SLR design of the eighties, but at the same time has a pretty futuristic vibe to it that makes it ultra attractive. It comes in a pretty compact shape measuring 5×3.8×2.4-inches in total and weighs about 22-ounces in total, which compared to the Nikon D810 is a featherweight. Just like the D810, the Sony A7R II also has a full magnesium alloy body that is weather and dust sealed and is extremely durable. It is worth mentioning that this time around the grip is pretty deep and the body is very balanced, meaning that you can attach heavier lenses without feeling any imbalance.

The buttons and dials on this camera are very intuitively placed, and mind you there are a lot of customizable buttons on the body, 10 to be exact, giving you a tremendous amount of creative freedom. The OLED 2.4 million dot electronic viewfinder was perfect for delivering an accurate presentation of the scene, and it is one of the best in the market. The 3-inch tilting touch-screen display is extremely responsive and makes selecting focus points a breeze, one of the best live view performances.

This camera has a pretty sophisticated sensor autofocus system that combines the use of contrast-detect and phase-detect systems with 399 point autofocus performance. It covers a large part of the screen, and thanks to that it is excellent at focusing accurately on the subject regardless of the light conditions, while it is not the best for wildlife photography, it can do just as well in those situations as well.

The Sony A7R II uses a whopping 42.4MP BSI-CMOS full-frame sensor with no optical low-pass filter and an amazing image processor, the Bionz X. This sensor is able to capture amazing photographs, one of the best you could see, and it is not surprising as to why this processor is the first-hand choice of so many professionals. It also has a good ISO range that spans from 100 to 25,600 but can be boosted from 50 to 102,400, and it delivers great results in high ISO levels as well.

In continuous shooting speed, it achieved the same performance as its competitor, at 5 frames per second, and it was pretty good at doing so. It has a battery life typical of a mirrorless camera, as it could manage just 290 shots.

Since we got our reviews and comparison table out of the way, I can comfortably say that these cameras deliver approximately the same performances, and both are excellent options for landscape and portrait photography.

However, the difference between these cameras is the pixel count and autofocus performance, as the Sony model comes out on top. But then again, the Sony model is pretty expensive and has limited lens options, of which all are pretty expensive. On the other hand, the Nikon D810 is an established and solid option, coming with a wide range of lenses, a more affordable price, and quadruple the battery life of Sony A7R II.