Nikon and Sony. Their products continuously shape the market by integrating new features and improving each series with strong capabilities. If you’ve had an opportunity to use cameras or products made by them, I’m sure that you can see their competition as a battle of two titans who want to outperform each other.

Here, Nikon’s Z6 and Sony’s A7 III aren’t different at all, both of them are unique in their own way, and both of them will amaze you with what they have to offer in a first place.

In the world of photography, or to be more specific, in the “Mirrorless” field they are known for distributing photos with top-notch quality and that’s one of the reasons why are they set on the high-end rank.

The most notable things of Nikon Z6 is the 24.5MP backside illuminated image sensor, its impressive continuous shooting rate of up to 12fps, 4K ultra video capability, its high ISO rate of up to 51,200 that can be furtherly expanded to ISO 204,800 and the unique, 273-Point on-sensor phase-detect AF system. But hey, Sony A7 III isn’t less powerful due to the fact that it merges an advanced 24.2MP back-illuminated full-frame image sensor, shooting rate of up to 10 fps, impressively high contrast AF of up to 425 points, and an ISO that stretches from 50 to 204,800.

At a glance, it’s kind of hard to offer a definite and accurate answer to the question regarding which camera performs better, right? They are both tough, unique in their own way and capable enough to elevate your user experience to a whole new level!

That’s why, we will have to dig deeper and find out the benefits that each of them brings to the user if he/she decides to invest. 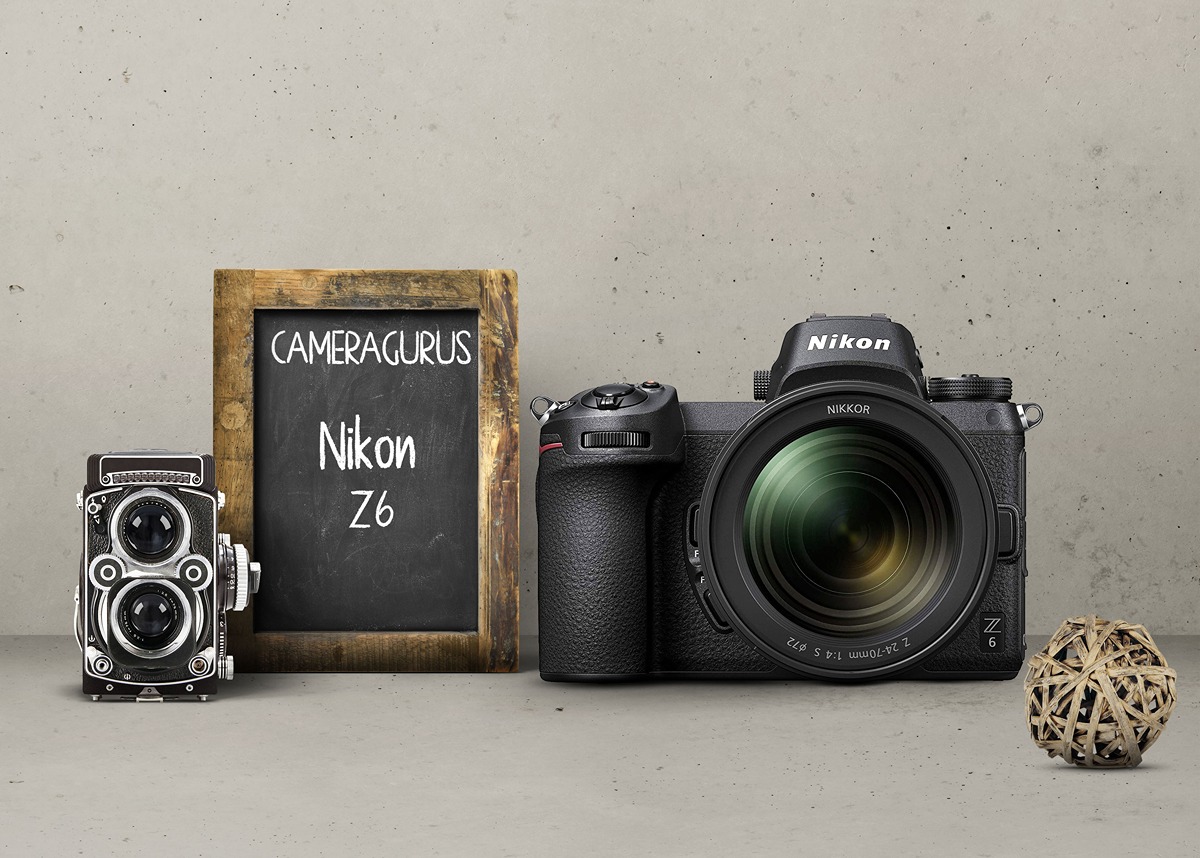 From a design perspective, Nikon Z6 measures 5.3 x 2.7 x 4″, weighs approximately 1.29 pounds which means that it is and feels a bit smaller and lighter than most of the SLR cameras on the market. But, what’s interesting is that the handgrip is fairly deeper than the standard mirrorless cameras which is something that I particularly like due to the fact that once you start using heavier telephoto glass, it will still offer you a better fit in your hand.

Since I’m talking about the body, there is yet another thing worth of mentioning and that’s the extensive weather sealing of this camera which is absolutely a great addition, mainly because of the fact that you will have the freedom to shoot in a variety of different weather conditions in a breeze because dust and moisture will never do any harm! Furthermore, on the front, there are two programmable buttons as well as multiple buttons that are spread around its body, including an on/off switch, dedicated buttons for movie recording, ISO, and exposure compensation, as well as a joystick control, so, you will have multiple options to choose from and tailor the video or picture according to your preferences.

Behind the lens mount, on the top of the EVF, there is a hot shoe, while on the rear, you will find a 3.2″ LCD display that packs 2.1 million dots with the intention to offer you a clear sight of everything you intend to capture including a premium off-axis viewing! The screen is exceptionally responsive and this comes pretty handy especially when you want to switch between menus, swipe through your captured photos, etc.

So far, I like the design, now let’s see what does Sony A7 III has to offer!

First and foremost, this camera measures 5 x 3.9 x 3-inches, weighs around 1.44 pounds without lens, has a deeper grip which by default means that you will have an exceptionally comfortable handling and have enough space to insert a larger battery. As was the case with Nikon, this camera has a weather-sealed design as well, so, for now, both of them are indeed tough!

The controls consist of a joystick that adjusts the autofocus point, dedicated AF-On and AEL buttons, as well as multiple control dials positioned on front and rear along with an extra custom button that protects images in playback mode. On the rear, there is also a 3″ 922k-dot LCD touchscreen that is extremely useful when you want to shoot photos under bright light!

I’d also like to mention that the screen can tilt up and down, and has a limited 45-degree angle flipping but it won’t swing out from its body like is the case with true vari-angle displays, and personally, I think that Sony could have done a better job.

In this scenario, the display of Nikon Z6 and Sony a7 III are limited in terms of side-to-side articulation, hence, no one is the winner here.

Speaking of the performance, Nikon Z6 packs 24.5MP backside illuminated image sensor, a fixe-axis in-body image stabilization system and an advanced EXPEED 6 image processor whose presence can be instantly felt from the moment you start shooting. Why? Because photos and videos will be exceptionally sharp, vibrant and filled with numerous details in both, light and low-light conditions.

The ISO range is excellent, and Z6 performs absolutely overwhelming across its ISO range. For instance, even if you shoot at 12,600, the occurrences of noises are set to the minimum and the results are indeed satisfactory, while at ISO 800 or ISO 100, pictures are well-defined and look crisp.

Moreover, this camera is definitely fast as well, thanks to its ability to deliver continuous shooting rate of 12 fps which by default means that you will be equipped with a higher level of flexibility especially if you want to capture fast-moving objects.

If you decide to go with this camera, i also suggest you get a tripod for the Nikon Z6.

Sony A7 III incorporates a 24MP, BSI full-frame image sensor and BIONZ X, back-illuminated image processor that makes this camera one of the best low-light cameras on the market. Once you have an opportunity to shoot with the A7 III, you will achieve top-notch processing, pictures with lifelike color representation and one of the most important things, less noise even if you prefer taking advantage of the burst shooting mode.

Since I’ve mentioned the burst shooting, this model has a continuous rate of 10 fps which is less than Nikon’s Z6 that has 12 fps, although it is still satisfactory.

For your information, the ISO range of A7 III stretches from 100-51200 but it is expandable to ISO 50-204800 and these specs make this unit match Nikon Z6! In practice, A7 III outputs excellent imagery even at ISO 6400, and if you push above ISO 12,800 the images taken will still look well-defined although the luminance noise is going to be there in an inoffensive fashion.

Speaking of the battery and connection options, Nikon Z6 is Wi-Fi and Bluetooth enabled, and therefore, you can take advantage of the SnapBridge application through which you cant transfer photos to your smartphone. Additionally, Z6 supports charging over USB Type C connector, has a 3.5-mm audio input, 3.5-mm stereo mini-pin jack and a Type C HDMI connector. Battery-wise, Nikon Z6 has a 310-shot battery, but in practice you may achieve better results, whereas, A7 III can output up to 610 shots through its viewfinder and up to 710 shots through its LCD monitor and if you take a closer look at these specs, Sony does a better job here.

Surprisingly, the Sony A7iii is amazing at portrait photography, especially if you combine it with a lens. I think it performs better than most cameras in the high-end category.

The Sony A7 III works great with a wide angle lens. There is a large selection available for any kind of photography you might want to do, so that’s a good plus too.

I would also like to inform you that A7 III includes a 3.5-mm microphone input, 3.5-mm headphone jack, a micro HDMI, and it is Bluetooth, NFC and Wi-Fi enabled, allowing you to have multiple options to choose from in terms of transferring your photos and videos.

Overall, choosing the right camera for your needs isn’t the easiest thing in the world, and this also happens if you want to choose between Nikon Z6 and Sony A7 III.

The reason is pretty simple. Both of them have their own strengths and weaknesses and there are situations where Nikon Z6 outperforms Sony A7 III and vice versa, hence, I can’t offer the best and most accurate choice.

But, what I can do would be to describe the reasons that you should pay attention in order to make the right decision, and this is the following.

Nikon Z6 is ideal for those who want superior ergonomics, a better viewfinder and more touchscreen operations, while Sony A7 III would be great if you want to have more control over the video quality, extended battery life and cheaper cards.

You be the judge, and choose the one that suits your preferences the most!