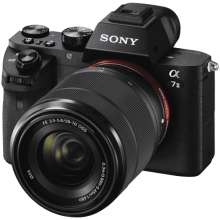 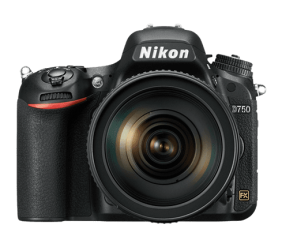 This post may contain affiliate links. If you make a purchase using one of these links it means we may earn a small commission at no extra cost to you. Learn More

The Sony A7 II was launched on the market as a pro-mirrorless camera on November 2014, whereas, the Nikon D750 was 2 months earlier, on September 2014, as a promising semi-pro DSLR camera, and among the things they share in common, we have to make a distinction between the capabilities of the Mirrorless and the DSLR cameras ,because in practice, their differences are fundamental.

From the very beginning, I’d like to note that these cameras are excellent and are good enough to match and satisfy the needs of numerous photographers out there, but still, in this article I will be focused on revealing their advantages and disadvantages, so that at the end, you will have the final word and choose who has won the battle! 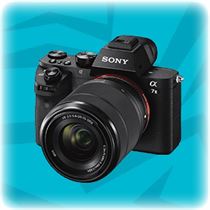 First and foremost, I have to admit that the A7 II has that typical, old-school look which I personally love, and most of the time, when I see a camera that has this look I simply can’t handle my compliments! Otherwise, this model boasts a magnesium-alloy construction with moisture and dust sealing and has a deep, comfortable grip that is followed by a handsome-looking coating which adds even more beauty to its already beautiful appearance.

Sony did an excellent job here, since they managed to create a camera that is equally beautiful and tough to be used in a variety of different situations, while giving a huge freedom for the photographer during his/her shooting sessions.

In addition, the control layout looks nearly identical to the A7, but of course, with some changes which is normal, and the key difference is at the command dials, the shutter and the grip which are completely redesigned.

If you take a look on the rear part of the body, the left side remains free of controls, and most of them are positioned on the right which is pretty cool though, since the camera design is neat and therefore, all of the controls are designed to be easily accessible without distracting you from the objects you want to capture.

At the center, there is a sharp, 1,228k-dot, 3″ tilting display that will let you have a better maneuver since you can shoot from above or below, however, it lacks touch-sensitivity which may be essential for speeding things up especially in terms of adjusting and previewing.

On the top, you can see the presence of the electronic, 2,769k-dot OLED viewfinder which packs a diopter adjustment of which you will benefit a lot, since you can tailor the viewfinder to match your eyesight exactly as you’d like! Besides this, the EVF will provide you with an excellent view of the scenes or surroundings in which you intend to shoot, and for this part, I don’t have any remarks.

Moreover, the connections consist of a micro HDMI video output, micro USB port, single memory card slot that supports SD/SDHC/SDXC memory, built-in Wi-Fi support, and although it lacks built-in flash or PC sync socket, you will have multiple options to transfer your pictures and videos!

Speaking of the performance, the Sony A7 II utilizes a 5-axis in-body image stabilization, BIONZ X image processor that provides a continuous shooting rate of up to 5 fps, 24MP full-frame image sensor, ISO range that stretches from 100–25600 which is expandable up to 50-51200, and an impressively fast hybrid autofocus system that combines 117 phase-detection points and 25 contrast-detection points for your ultimate user experience!

In practice, you will have an opportunity to capture images in RAW and JPG format. Namely, RAW images look fascinating with extremely little noise if you shoot through ISO 1600, but as you’re pushing harder, the noise becomes more pronounced at ISO 3200 and ISO 6400, however, the details are preserved and this is always important. At ISO 12,800, noise reaches its peak but what’s cool is that the imagery look better at this level than JPG pictures, hence, you may still consider the images as usable.

On the other hand, JPG images remain virtually noise-free at ISO 3200 and 6400, because they look really sharp, however, once you reach the highest ISO point, by default, the noise is heavily pronounced and therefore, the overall quality of the photos you’ve taken will be poor.

Before we move to the next section, I’d like to mention that the A7 II can be used for portrait and sports photography without any problem, because the results are quite delightful, but feel free to shoot landscapes as well, although the quality is on the weaker side if you compare it to the aforementioned types of photography.

Finally, the Sony A7 II is highly capable of producing quality footage that is filled with nice color saturation and well-defined details. To be more precise, you can record 1080p at 60 fps which is cool, but to be honest, considering the modern times we are living, most of the cameras have 4K capabilities, and here, the A7 II lacks this capability. 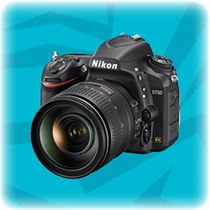 Aesthetically speaking, the D750 looks classy, without a doubt, and a similar thing can be said regarding its construction which is made of a combination of magnesium alloy and carbon fibre which is then furtherly strengthened by a dust and weather sealing. At this point, if we make a comparison to the A7 II, both cameras share quite similar materials throughout the crafting process and both of them receive points from me, so the result is a tie.

Moving on, the grip is deep as well which is something that I absolutely like, due to the fact that the photographer always has a comfortable hold with this camera, and therefore, even if you’ve been shooting for a prolonged period of time you will unlikely feel fatigued.

In terms of the controls, if you take a look at the front part of the unit, you may notice that the D750’s control layout is identical to the D810, and the main difference is that they are more compressed. There are programmable Fn and depth of field preview buttons, a focus mode toggle switch positioned on the left, a flash release, and a button with which you can adjust the active focus points.

In addition, on the top, there is a hot shoe while on the side, you can also find a monochrome Information LCD screen which will enhance your user experience by providing you information regarding various stuff including the current shooting settings.

On the back, there is an array of buttons positioned on the left side, and a few more buttons on the right , while on the center, you can see the presence of a 3.2″, 1,229k-dot LCD screen that can tilt up and down to 90-degrees, hence, you will be more flexible in shooting and here, both, the Nikon D750 and Sony A7 II share the similar characteristics of the display.

The area above the LCD screen is occupied by a neatly-positioned, OLED optical viewfinder that covers 100% of the frame to your eye which is awesome, since you will never miss anything once you start shooting!

Connections-wise, the D750 packs a 3.5mm stereo mini-pin jack, an HDMI port, headphone connector, Hi-sped USB, two memory card slots, and the most important part, it is Wi-Fi enabled as well, so here, once again, the result remain a tie!

The image quality is top-notch, and when we add the fact that this camera controls the noise extremely well, by default it means that you can switch through ISO levels without feeling restricted at all, since the imagery will be nearly perfectly defined!

To be more precise, RAW images shot at ISO 6,400 do not have a noise at all, since the only way you can notice it would be to zoom at 100%, while if you reach the maximum native ISO range of 12,800, the noise is still well-controlled, hence, images are usable since details are preserved pretty good. At ISO 4000, details are somewhat decent, because they do exist and look nice, however, noise is a bit more pronounced.

JPEG images aren’t different at all, although if you do put a lot of effort, under close inspection you may notice a bit of a noise which isn’t scary at all.

If you reached at this point, you may likely understood that one of the things that these cameras share in common is the quality and the uncompromised performance that can satisfy even the most demanding users on the market.

Secondly, both cameras have disadvantages such as the lack of 4K video footage, which may be a problem for some photographers.

Lastly, let’s reveal the advantages of choosing the Sony A7 II versus Nikon D750, because by doing this, your final decision would be the most accurate.

On the contrary, the D750 has a larger screen, bigger dynamic range, brighter framing, faster burst shooting speed, a way more stronger battery life ( 1230 shots vs 350), and a built-in flash which may offer more advantages than the Sony A7 II who lacks this.

Overall, I’d go for the A7 II if you’re a price concious customer that likes to invest in a camera that outputs exceptionally good image quality while weighing low enough to be taken anywhere with you.

I am a writer, photographer, videographer and I love cameras. I also love to travel and take landscape pictures on different counties. The world is beautiful, and i love sharing my experiences through photography.