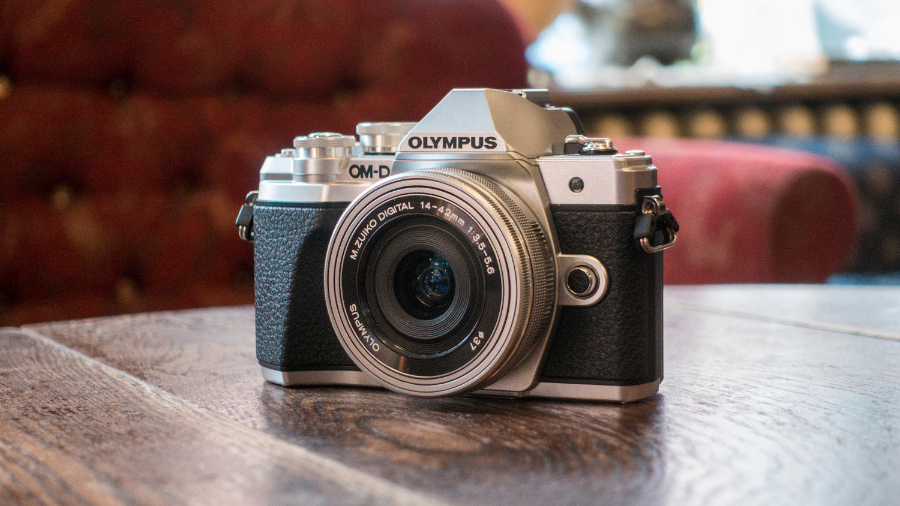 In the past mirrorless cameras were considered lesser than digital single-lens reflex cameras. However, in the last decade with the advancements in technology things started changing. Mirrorless interchangeable lens cameras are now at least as powerful and good as DSLR models, and sometimes even better than them. I reckon that in a few years these cameras will be the first-hand choice of a lot of professionals if they manage to combine the speed and low light performance of DSLRs in their bodies.

However, most of the good models in this category are pretty expensive. Well, that is what the majority of you believe, but today I will prove that theory wrong by presenting you the guide to buying the best mirrorless cameras under $500. I will reveal the best models in the market that have proven their worth and will deliver a priceless performance. Besides that, we will check out what you need to know before buying such a camera in that price range and so much more. Now without further ado, let’s take a closer look.

The Top 5 Best Mirrorless Cameras Under $500 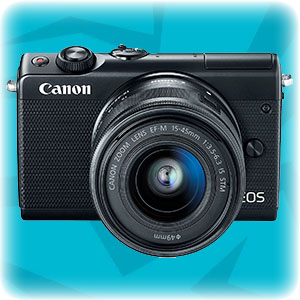 We are going to start this list with the Canon EOS M100, which is a great mirrorless interchangeable lens camera that is a perfect option for beginners that want a step up from their smartphones without being confused with all the controls and features. Let’s take a look.

The Canon EOS M100 isn’t designed for experienced photographers and it doesn’t look like it. Everything about the camera is designed to be extremely simple and easy to use. For example, it is extremely small as it measures 4.25×2.64×1.38-inches without the lens and it weighs just 302 grams with the battery included. it doesn’t have a handgrip as it has a block shape that mostly resembles point-and-shoot models. I can say that there are not a lot of controls but what it has is classic EOS, which is easy to use.

despite its super small size and unassuming look, the Canon EOS M100 is packed with an impressive 24.2 megapixel APS-C sized CMOS sensor. This sensor has proved itself as one of the most impressive performers in the market and combined with the DIGIC 7 image processor it can get everything done. The ISO range spans from 100 to 25,600 and it does a reasonable job in low light conditions.

The autofocus system takes its power from the contrast-detect sensor with 49 focus points that do a good job. It is exceptionally fast in good lighting, and a bit sluggish in dim light, but at this price, it is more than expected. If you buy the camera from the link here, you can get it with the Conon EF-M 15-45mm f/3.5-6.5 kit lens which brings out the best things about this camera. 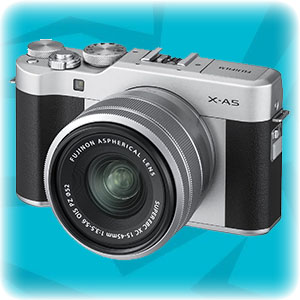 Moving on with our list I have another exceptional model that is pretty similar to the aforementioned Canon model, but better, the Fujifilm X-A5. I have to admit that I am a big fan of Fujifilm and for those that want to ease into photography it is one of the best mirrorless cameras in existence. Let’s check it out.

Like any Fujifilm camera, the X-A5 has a retro vintage vibe to it, that is extremely attractive. It has an aluminum body that is combined with a leather-looking trim, that is also available in three colors: brown, black and pink, meaning you can choose the one that fits your personality the most. Like I said it is pretty small and measures about 4.61×2.68×1.57-inches in total and weighs 361 grams with the battery included. The controls are pretty good though, as you have a lot of them in your disposition. Dials and buttons galore here, but not classic Fuji that can get a bit too much for a beginner.

There is a thing interesting about the Fujifilm X-A5, which is the on-sensor phase-detect autofocus system that has delivered a pretty pleasant autofocusing experience. I can say that it was not as good as I expected but overall adequate. It has 91 focus points available and it has multiple modes that you can use.

The biggest selling point of this camera, in my opinion, is the 24 megapixel APS-C sized CMOS image sensor that surprised all of us. One thing that impressed me the most was its amazing sharpness and rich colors, which you wouldn’t expect in a model at this price point, but with Fuji that is not the case. There are also scene modes and advanced filter modes that deliver an interesting performance and this small beast can deliver. 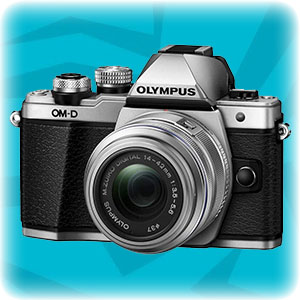 Next up I have an interesting camera that is not dedicated for beginners, but more for the enthusiast or even beginners that are up for a challenge, the Olympus OM-D E-M10 Mark II. This camera has some extremely advanced features and controls that are customizable for your needs, definitely a camera you must consider.

The most interesting thing about the Olympus OM-D E-M10 Mark II is that it looks a lot like the retro analog cameras of the 80s but it does its job excellently with its silver/black body or all black based on your choice. It is pretty compact as well measuring about 4.7×3.27×1.83-inches and it weighs about 13.75 ounces in total with the battery and memory card in it. The viewfinder of this camera is a 2.36m dot OLED EVF model which is pretty sharp and helps you in your quest.

The Olympus OM-D E-M10 Mark II is packed with a contrast-detect autofocus system with 81 focus points available at your disposition. It is pretty fast and there are a lot of modes available in it to help you out. It is also pretty fast overall and it manages to do so through the 8 frames per second continuous drive mode. Without forgetting I should state that it has a 320 shot battery life which is pretty average.

The Olympus OM-D E-M10 Mark II is packed with a 16MP Four Thirds CMOS that did a much better job than everybody expected. It also has the TruePic VII processor to help things out, but this beast can get a lot done without any doubt. 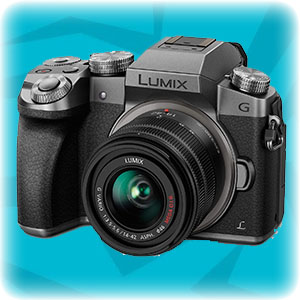 The runner up on this list is one of the most impressive models in the market, the Panasonic Lumix G7KS. This camera delivers some extremely impressive features and I can say that it is a premium model without the premium price.

The Panasonic Lumix G7KS has a DLSR-shaped body but slimmer and boxier, which I think is excellent overall. The handgrip is pretty deep as well and the EVF is placed excellently on top of the sensor to give a familiar feel. The camera measures about 3.4×4.9×3-inches in total and weighs about 14.6 ounces in total with the battery and memory card included. It has a plastic body but feels pretty good overall and the controls give it a professional feel.

Let’s start by stating that the Panasonic Lumix G7KS is packed with a 16MP Four Thirds CMOS image sensor that does a perfect job in every light condition. I found out that the colors were pretty good and it worked well through the ISO range. The 49 point autofocus system also worked perfectly and I can say that it is pretty fast. Without forgetting I should mention that this camera can record 4K video at 30 frames per second. 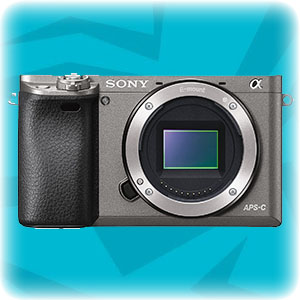 On top of the list, I have the Sony Alpha a6000, which is the best mirrorless in the under $500 market, and one of the best cameras overall. I have used this camera for a long time now and even after five years of use, I have absolutely no complaints about it, definitely the most bang for your buck.

The Sony Alpha a6000 replaced the NEX-6 and as its successor, it looks pretty similar to it, with is an aesthetically pleasing body that makes a lot of sense in every way. It is equipped with a pretty deep handgrip that will make things much easier for you and the controls on this camera are better than excellent.

The Sony Alpha a6000 is packed with an impressive 24.3 megapixel APS-C sized CMOS sensor that extracts all the advantages of the Bionz X image processor. It managed to deliver some ultra-detailed photographs with natural colors in different lighting conditions. The biggest selling point of the Sony Alpha a6000 is its hybrid autofocus system that is the fastest in an APS-C sized sensor, making good use of 179 phase-detect points and 25 contrast-detect points.

Things You Should Know Before Buying a Mirrorless Camera Under $500 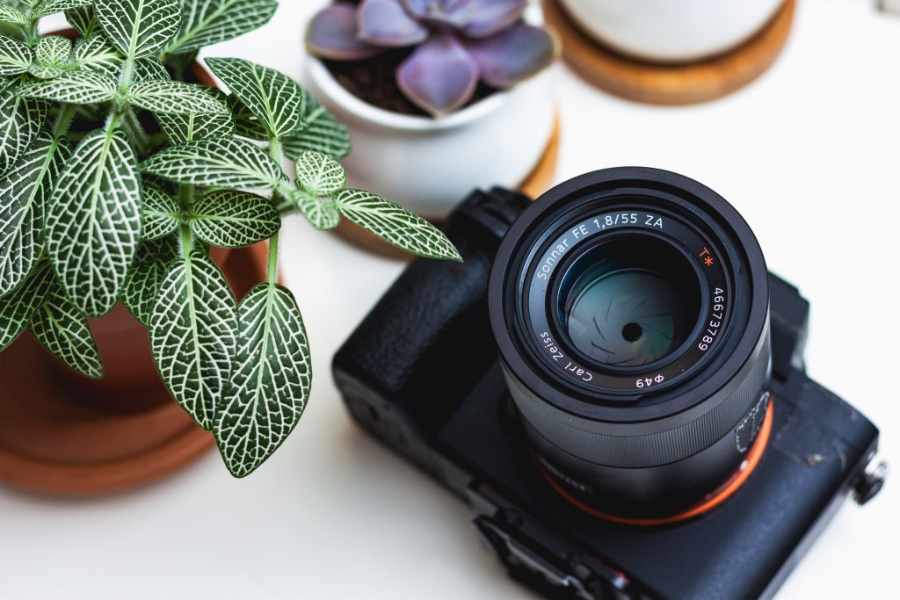 Mirrorless cameras come with different sensors you can choose from. It can get confusing if you don’t know the tech jargon, specifications and features of each sensor. However, you don’t have the largest amount of choices under the $500 price. You will mostly find APS-C format sensors here and Micro Four Thirds sensors, both of which are pretty good. However, APS-Cs is better overall and if you can always opt for such a sensor. The larger the sensor the more light it can capture from the scene and the better the results. Also, the crop factor is smaller relative to the full-frame format. Then again if you are not concerned about the low light performance and want to go for a cheaper model Micro Four Thirds sensors are pretty good.

Besides the size of the sensor, you have to check out the megapixel count of the sensor in question. This will pretty much affect the sharpness of your image. The more the megapixels the sharper the image. However, more megapixels might result in more noise in low light scenarios so it can be a problem in some cameras if you are not careful about it. Then again at this range, you won’t be faced with such problems.

One of the most important things you need to consider before buying a mirrorless camera under $500 is whether it has a viewfinder and its quality. Mirrorless cameras are equipped with electronic viewfinders that give you the most accurate representation of what your sensor will capture and what will be the end product. It is just like using the LCD screen on the back but with better quality color and refresh rate.

Then again most of the viewfinders in this price point have some disadvantages. The biggest of them being the lag in time. While it might not be very prominent in some cases it can ruin your whole photographing experience, especially if you are dealing with a subject that is not static. The use of the electronic viewfinder also comes at the cost of battery life which is not the biggest of concerns but is something you need to be careful about.

Now I think that you are more than ready for going out and buying yourself the best mirrorless camera under $500. While there are a lot of models out there in that price range, not all of them are created equally, so I would suggest you take a look at the top picks section for the fail-safe options in the market. Have fun with your new mirrorless camera. 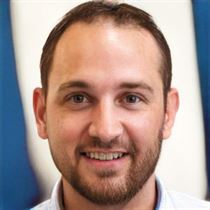 I am Robert Garland, a very enthusiastic photographer based in Cottonwood, California. I love traveling and taking pictures of my experiences.