It is very interesting to see the trends in camera technology advancements in the last few years, since we have seen some incline in the mirrorless technology and not so much in the DSLR side of the fence. However, that is not such a serious issue since all mirrorless models are still playing catch up behind DSLR models, and in my opinion, there are some excellent options even in some older DSLR cameras that can truly outperform some of the contemporary models.

As I said earlier the DSLR platform, for now, is still the most advanced of the bunch despite the stagnation in advancements in the technology and features. One of the best brands in this department is Canon, and it is well known that the manufacturer delivers some very outstanding models throughout the years, fitting every budget and function, and they have a great system to ease you into the photography world. However, if you are already a photographer for a while now and want to opt for a more advanced version without breaking the bank, Canon has you covered and I have chosen two exemplary models from its lineup that will help you get into advanced photography, getting the most bang for your buck, and amazing versatility thanks to Canon performance and huge lens selection, the Canon 80D and the Canon 6D.

Our first model the Canon 80D was released as a semi-professional digital single-lens reflex camera in February 2016, and even for today’s standards, it is a great upgrade from an entry-level model delivering great image quality, detail resolution, an effective autofocus system and ease of use combined with creative freedom. If you already are in Canon’s ecosystem it is a fail-safe option for an upgrade.

Taking a look at the other side we have the Canon 6D, also released as a semi-professional full-frame digital single-lens reflex model at the beginning of 2013. So it is 3 years older than the other model, but rest assured as this camera can outperform many other cameras even for today’s standards thanks to its full-frame nature that delivers excellent photographs, regardless of the scenario and light conditions.

Since we are introduced to our cameras today let’s take a deeper look into them. 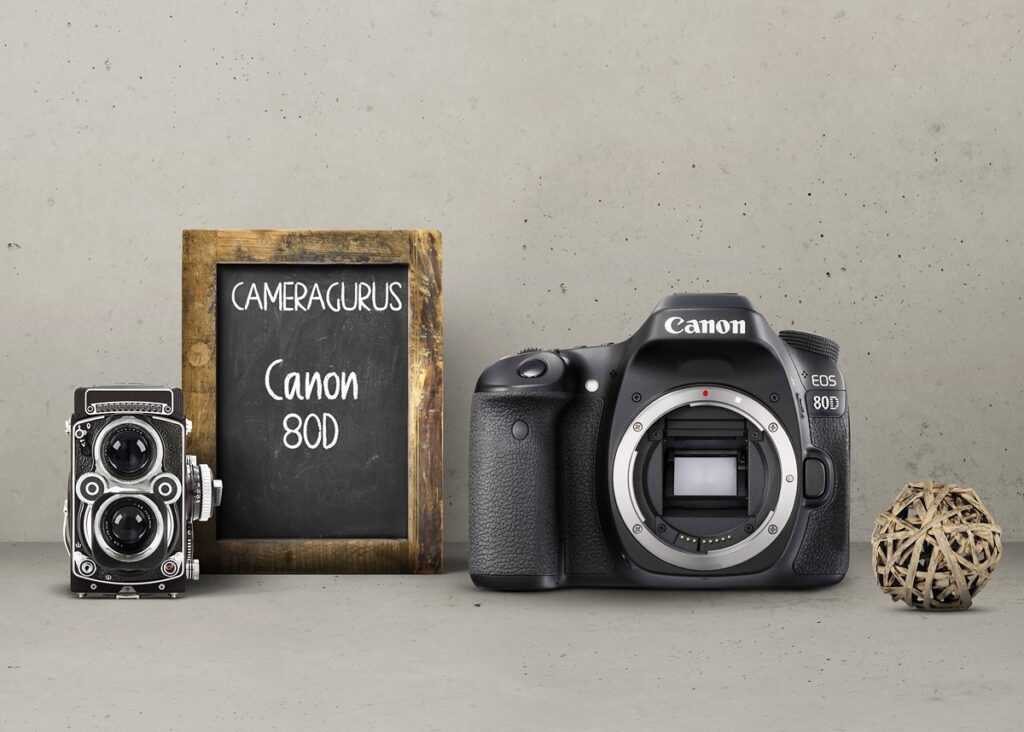 As a matter of fact, we know that Canon is one of the best if not the best camera manufacturer in the market. As I said earlier it delivers excellent cameras from the entry-level beginner market to a more advanced enthusiast and semi-professional market, to the high-end professional-grade cameras that are the definite best. I have always liked the company’s approach to the issue, since transitioning from one to the next has been always seamless and you would not feel stranger to the camera.

The Canon 80D is one of the most solid options you can get on the enthusiast-level market, delivering a great balance and versatility, and it is the best choice for those photographers that want to do everything. This camera delivers fast shooting, amazing autofocus, a great sensor capable of delivering tremendous detail and top of the line creative prowess thanks to the controls. It has an excellent continuous autofocus performance that will come in handy in both photo and video shooting, and if you are a videographer you will rejoice if you say that 4K isn’t necessary that is.

If you already are familiar with the manufacturers XXD series you already know the 70D, and you will instantly recognize the 80D as its predecessor, with some small changes that are. It comes with amazing ergonomics that make it more comfortable and enjoyable to shoot for longer periods thanks to its lightweight and compact body. It measures 3.1×5.47×4.14-inches in total and weighs just 1.4-pounds with the battery and memory card included, on top of that it has a deep handgrip and a thumb grip on the rear to allow you to shoot even one-handed if the scenario comes to that. Without forgetting it is worth stating that the Canon 80D has a great and durable construction built by a magnesium alloy and polycarbonate body, and waterproof sealing on top of that.

The controls of the Canon 80D are enthusiast-level as I mentioned earlier, delivering you amazing creative control, perfect for users that want to progress their skills and capture more manually. On the rear, you will find the 3-inch vari-angle touchscreen LCD panel that is very sharp at 1040k dots, with it you can easily preview your photos and select the options, as well as touch focus performance. The viewfinder is also pretty good coming in with a pentaprism optical array that delivers 100 percent coverage of the scene and it is excellent in its task.

In the autofocus department, the Canon 80D is very strong as it is equipped with a 45 cross-point autofocus system to deliver an immense accuracy. However, its major advantage over many other models is its solid Dual Pixel CMOS AF system that is a great solution for videographers, since it is capable of tracking subjects precisely without any problem. In addition to that, it has plenty of modes you can choose from and they all worked to perfection in my testing and experimentation, it includes Zone focus, Large Zone, Single-Point and 45-point Auto to name a few.

In the sensor department, this beast is equipped with a 24MP APS-C sensor that is great at resolving detail and colors. I found it to be one of the most versatile sensors in the market bringing the best in any scenario. It has a great ISO range as well that spans from 100 to 16,000 which can be further expanded to 25,600. It was great at all ISO levels capable of delivering amazing photographs, however, for an enthusiast-level camera it was a little lacking in low light scenarios, I expected better than this. But in good light conditions, the colors were exemplary and very natural, overall for the price it was more than decent.

In terms of speed and performance, this camera can deliver 7 frames per second in continuous shooting with a buffer limit of 24 raw files. This spec makes this camera amazing even for some light sports and wildlife photography, and when you take its battery life of 960 shots before giving up, you can shoot a lot before going home. 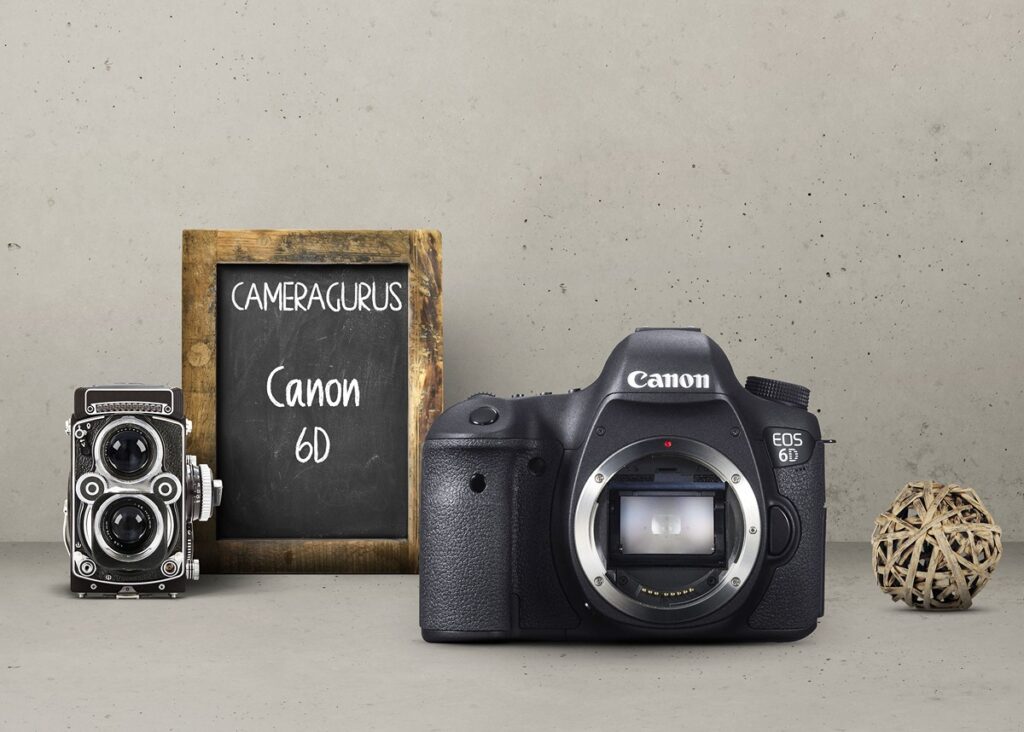 Next up we have the Canon 6D which despite being old is one of the most solid enthusiasts full-frame DSLRs in the market. It is equipped with tons of features and perfect performance despite the specs suggesting otherwise, in my opinion, it is one of the most solid workhorses in the market. Like I mentioned it is the perfect model for enthusiast that want to try an amazing full-frame model, and it comes at a smaller and lighter measurements compared to the company’s more advanced full-frame models, while delivering the same performance, and quality, it is equipped with great features that will help you in the long run such as the WiFi connectivity and GPS. This is truly one of the best let’s take a closer look.

In terms of design and aesthetics, the Canon 6D is a stereotypical full-frame EOS from the manufacturer’s lineup. I actually am a big fan of the classic DSLR aesthetic with its black body that is ready for action, and it delivers amazing durability with its construction that employs magnesium shell everywhere except the top plate that is made from polycarbonate, and it is also fully weather-sealed. It can withstand its fair share of abuse and it will prove to be a beast, in the long run, this also is a very lightweight and small camera weighing 1.7-pounds and measuring just 5.7×4.4×2.8-inches in total, and has a pretty deep handgrip delivering plenty of ergonomics.

This camera on the rear has a 3-inch LCD screen that is covered with anti-reflective coating and hardened glass, making it great for outdoor shooting, however, it isn’t touch capacitive. But on the other hand, it has amazing controls that deliver you enthusiast-level operation and the multi-controller just makes things easier, and it is the same EOS layout that will be familiar if you are a fan of the manufacturer. The optical viewfinder is a little on the deeper side and delivers a decent 97% coverage of the scene.

This camera may look lacking in the autofocus department as it is equipped with an 11-point autofocus system, which looks far behind its competitor’s 45-point system. However, it was very quick and consistent throughout many scenarios, thanks to its amazing sensitivity that wen down to -3 EV and its points that are spaced very well apart. This makes it superb even for today’s standards and in my opinion for the price it delivered the best low-light performance precisely and quickly, despite having fewer autofocus points.

This camera is equipped with a professional-grade full-frame 20.2MP CMOS sensor that is amazing at delivering beautiful images in any scenario regardless of the light condition. It has an ISO range that spans from 100 to 25,600 natively, and it can be boosted up to 102,400 if you need it to. It is a homegrown sensor that is capable of delivering amazing images, and on top of all this, the camera is perfect at handling noise, not so aggressively that it looks artificial but just perfect and natural.

This camera is pretty fast as well delivering a solid 4.5 frames per second in burst shooting mode, and it didn’t lose focus at all, however, that number is pretty low for a full-frame model in today’s standards. It is capable of shooting about 1090 shots before giving up, and this solidifies its powerhouse claim.

Coming to the end, choosing between these two cameras is very difficult. In my opinion, it should be a matter of taste, whether you want to invest in a full-frame DSLR or an APS-C format DSLR.

It is worth mentioning that the Canon 6D is significantly more expensive and it is a little more of a specialist tool compared to the Canon 80D which is a versatile monster that can deliver a solid performance all-over the spectrum.

If you know your niche, and want to shoot amazing portraits and landscapes the 6D is the perfect option for you, however, if you want versatility and bang for your buck opt for the 80D.