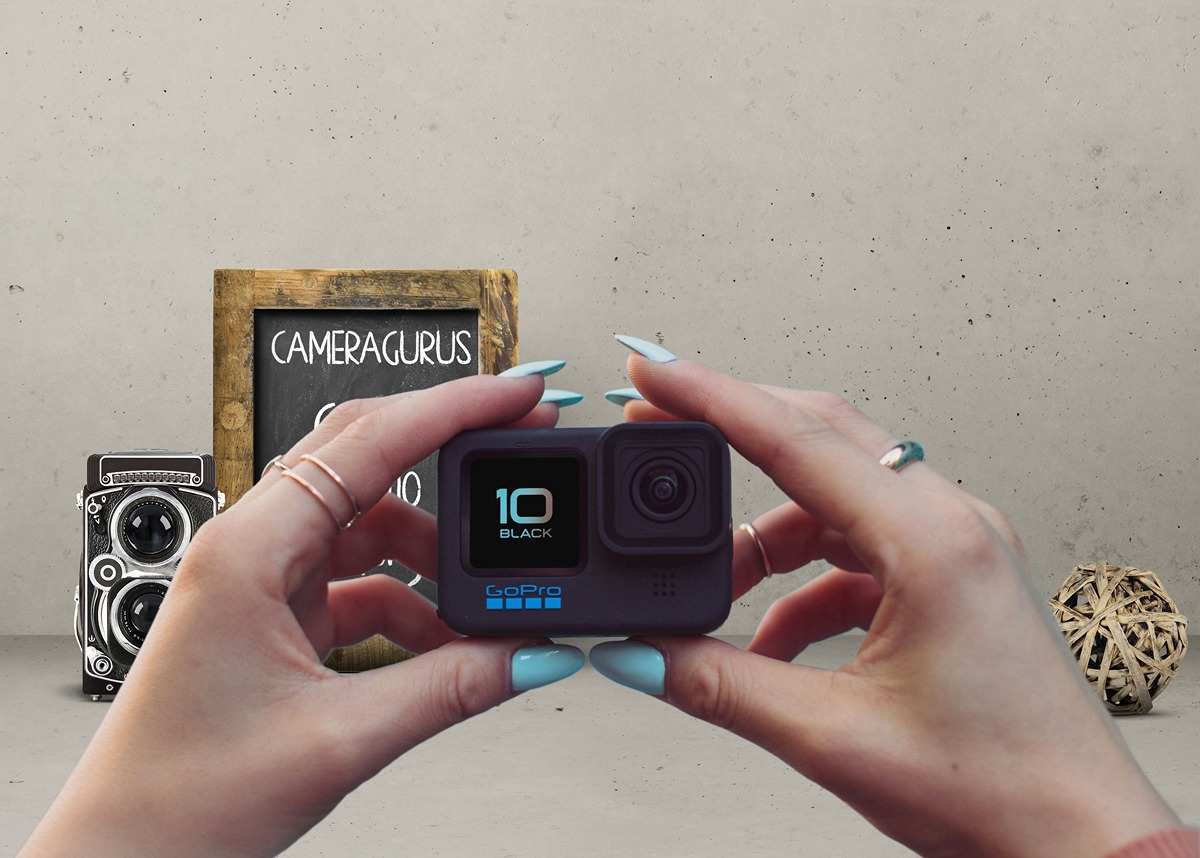 Whenever one thinks of an action camera, the first name that comes to someone’s mind is GoPro, right? Well, that’s because action cameras have a name and that is the powerful GoPro!

The newest launch of the GoPro brand is the GoPro Hero 10, and since its release, it has quickly become one of the favorite cameras by many “action lovers” all around the world.

A question that is moving around and catching my own attention is what is the battery life of GoPro Hero 10, and I couldn’t help but write an entire article about it!

As you may know, action cameras are not best known for their battery life, but still, GoPro has its specialties! I will mention its exact battery life, the battery type, and some other informational content that I am pretty sure will help you while using this type of camera.

Just like in many other action cameras from GoPro, the battery life of the Hero 10 is also related to the fact of which modes you use to record. As you know in GoPro Hero 10 you can record videos in many different modes and many different fps, and I would like to mention the battery life on all of them. Before doing so, let me mention to you that the highest number of minutes that you can record with GoPro Hero 10 is 120 minutes.

In the table down below, you can clearly see the modes and the exact timing that this camera can last.

What Type of Battery Does GoPro Hero 10 Use? 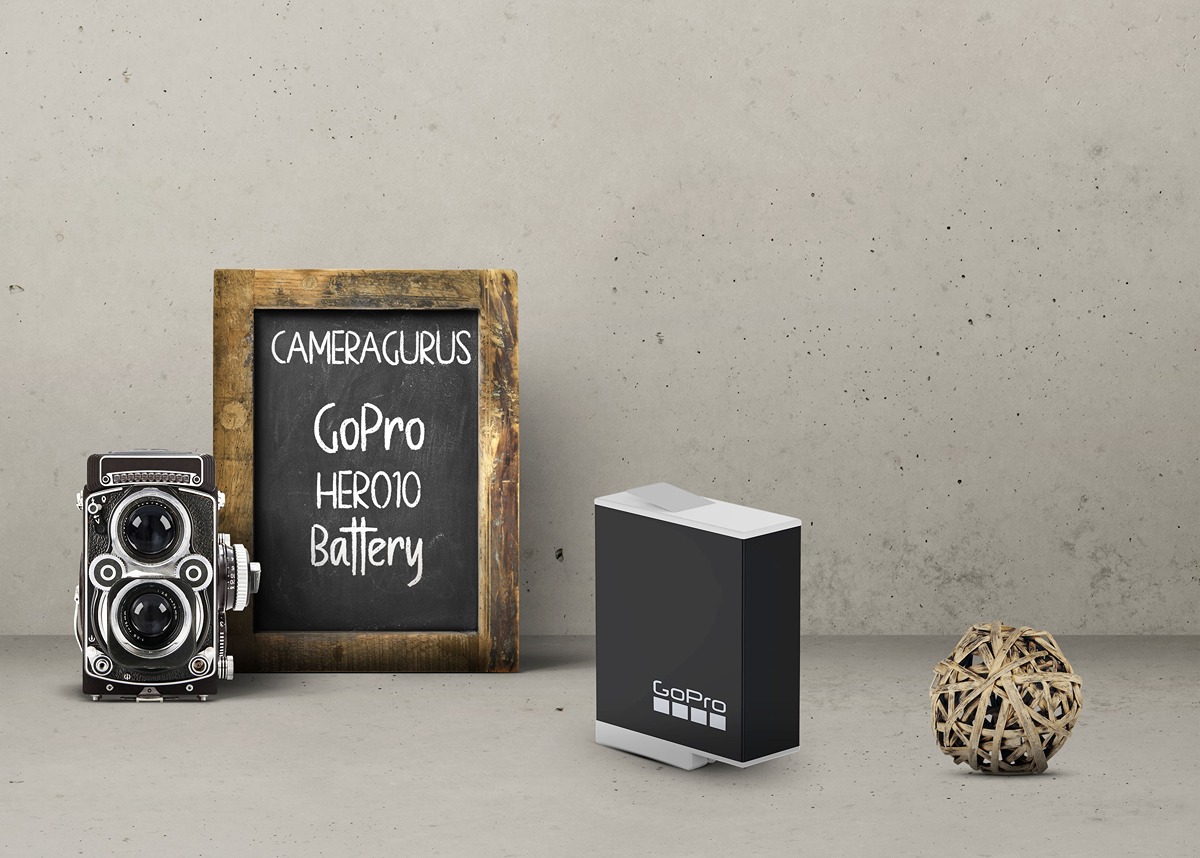 GoPro Hero 10 camera works precisely with a 1720mAh lithium battery that comes from the GoPro brand itself, and its name is GoPro Enduro battery which is specially made for your GoPro Hero 10 and GoPro Hero 9 as well.

It is a rechargeable battery that works amazingly and offers you an impressive performance during cold winter temperatures at 14°F (-10°C).

What Affects the Battery Life on GoPro Hero 10?

In order to answer this question, I should say that everything affects the battery life of your GoPro Hero 10 camera, and I am not very happy to say so.

Anyways, everything includes every kind of feature that the GoPro Hero 10 includes, and they are wireless connections, all the recording modes that I mentioned above, the HyperSmooth 4.0 Image Stabilization, low light ability, brightness of the screen, and the two screens.

How to Extend the Battery Life on GoPro Hero 10? 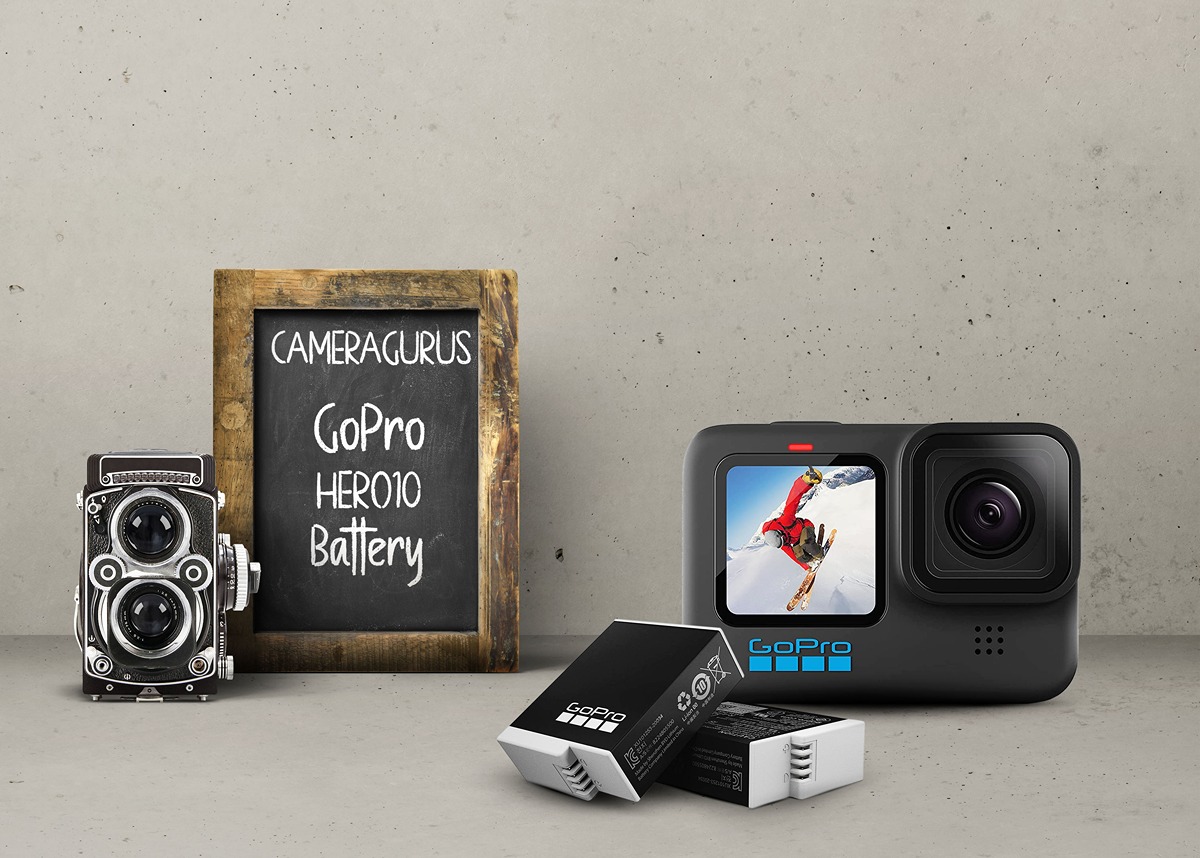 I would like to give you more information regarding the things that you can do in order to protect and expand the battery life of this camera.

Wi-Fi and Other Connections

Owning an impressive camera like the GoPro 10 you can easily expect it to have wireless connectivity, right? Well, as I mentioned above, this feature is one of the facts that affect a lot the battery life of this camera, and it is definitely better if you use it whenever you need it.

The GoPro Hero 10 camera has a lot of recording modes and the highest one is 5.3K at 60fps. Based on it, and all the other modes that you can record, I would like to advise you to record mostly at 4K, since it provides you more battery life and amazing quality of videos at the same time.

Use the image-stabilization feature only when it is needed. I know that it sounds strange, but the HyperSmooth stabilization that this camera owns is also one of the main reasons why the battery can go down, and sorry to say, but the battery can be fully damaged if you use this stabilization all the time. The best time to use it would be when you are recording real action movements like when skiing, snowboarding, or other activities like them.

There is the low light ability of this camera which is definitely one of the greatest things that you can find on an action camera and if you need my personal opinion, I think that every camera should have it. Still, as I mentioned above, it is one of the things that creates a huge impact on the battery life, and again, it is one of the features that should be used only when needed.

I know that the fact that this camera owns dual screens is a cool feature, but as you may know, a screen in any type of camera is one of the things that hate batteries and I am speaking metaphorically. Since the GoPro Hero 10 owns two screens, you can expect the battery to be dropped faster. What you can do is to be aware and use only the screen that you need and you should have in mind that you shouldn’t have both of them turned on at the same time.

GoPro Hero 10 is one of the most amazing action cameras that can be found in the nowaday’s market, and it is definitely a purchase that you should have in mind. Whenever chosen and used, it is said that it never disappoints people and videography lovers all around the world.

Well, as we came through the end of this article, it is important to mention the fact that the battery life of your GoPro Hero 10 action camera is completely related to the features that it owns, and always remember that they are the main reasons that this camera in a way “suffers” because of its battery life.

I hope that this article is understandable and helpful to you! Have fun!