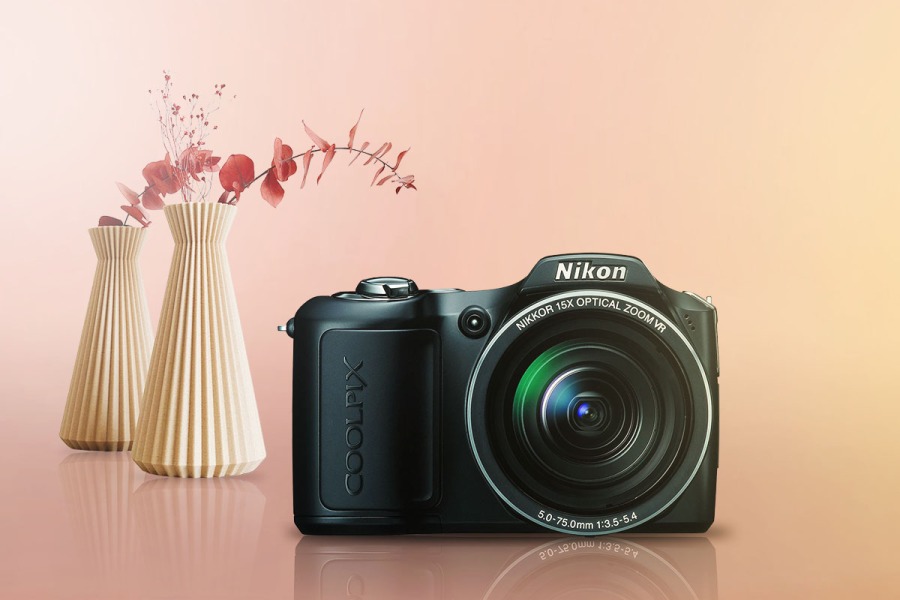 All the picks that I chose come from different brands and they all are considered the best ones, by many professionals and beginners in the world of photography.

Without further ado, let’s take a closer look at the cameras that I chose!

The Top Five Best Point and Shoot Camera under $100 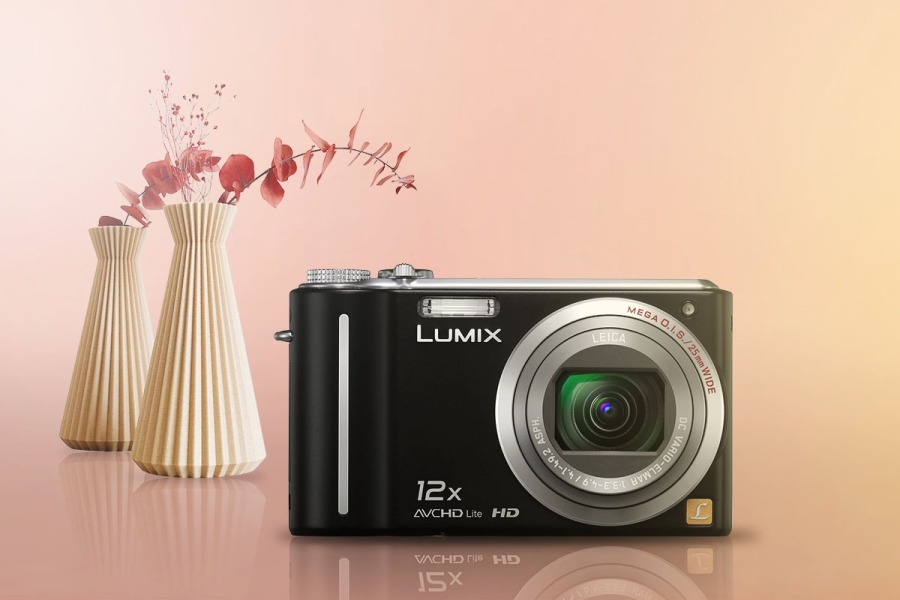 Panasonic is a very well-known brand all around the world, and it is quite an old one. Producing since 1955, Panasonic brought almost everything that you need, and Panasonic Lumix DMC-ZS3 is one of the best point-and-shoot cameras that you can ever find!

At 7.2 ounces and with dimensions that measure 4.06 x 1.3 x 2.36 inches this Panasonic camera is a very compact one and it fits wherever you want, even in your pocket.

The camera comes in four colours: black, blue, red, and silver, but still, there are some differences when it comes to the price tag based on the colour that you choose.

This camera is packed with is a 1/2.33 inch CCD image sensor, and it does the job quite well. The pictures that you take will all be brought with a high resolution of 10.1-megapixels, and they are clear enough so that you can notice every detail.

When choosing the movie mode in this camera, you can easily shoot videos and they are brought at HD resolution (1280 x 720 pixels). During video recording, you can easily use the Mega O.I.S which means Optical Image Stabilization, and it reduces shake and ghosting in your videos, and even in your pictures.

The camera, a point-and-shoot, comes with its own lens, and the lens is a wide-angle one, that brings to you an immersive optical zoom that works at 12x. It also owns great autofocus which can easily track moving subjects.

This camera has an internal memory that accepts up to 45MB. 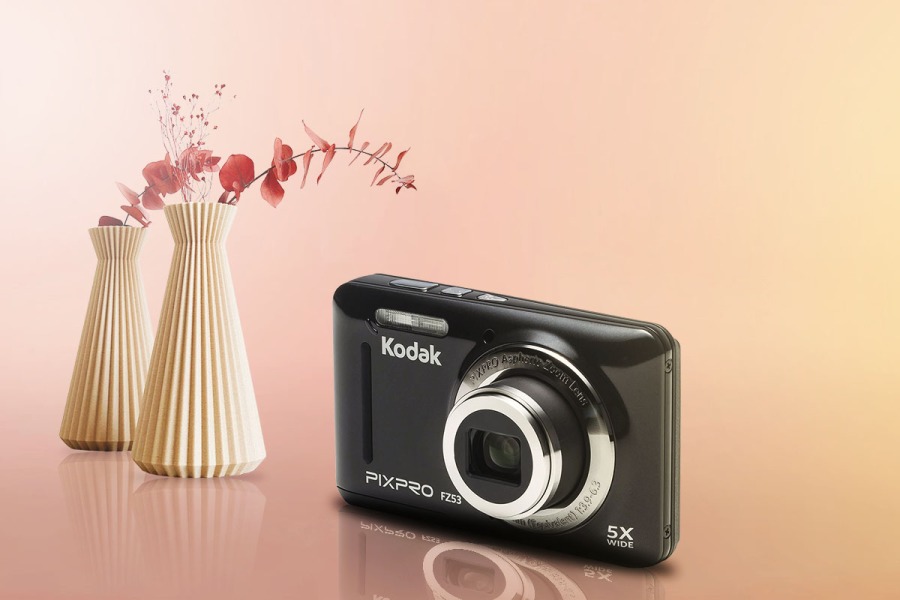 You press the button, we do the rest! This is the famous quote of the Kodak brand which goes way back in time. I have chosen the Kodak Pixpro FZ53, it is one of the best cameras that Kodak has ever produced, and it is one of the favourite ones by every traveller.

This Kodak camera is a very small one measuring only 0.9 x 3.6 x 2.22 inches and weighing only 3.68 ounces. Based on the size and weight, it is a camera that can definitely be used whenever and wherever you want. It doesn’t even take too much space in your travelling bag.

This camera also comes in different colours and on this one, you can choose between black, blue, and red, again the prices differ from one another.

The sensor that is added to this camera is a 16MP CMOS sensor and it is in charge to bring you great pictures. What is special about the image quality is that the colours are quite dynamic and brought just as they are supposed to be.

With this camera, you also can record videos, and just as in the one mentioned above, the videos come as HD ones with a resolution of 1280 x 720 pixels. On it is also included the feature of image stabilization, and it works properly.

The Kodak Pixpro FZ53 owns a lithium-ion battery that is rechargeable and once fully charged you can shoot up to 200 shots.

Design-wise, this camera is a super strong one, just as you already know Nikon cameras in general. The measurements of the Coolpix L100 are 4.33 x 3.07 x 2.83 inches, a little bit bigger than the ones mentioned above, but it is lightweight at only 12.6 ounces. The colour that it comes in is only black.

The sensor that Nikon added to this camera is similar to the one that we mentioned at the Panasonic camera which was the first one. It is a 10 MP sensor that does its job pretty well and it helps you deliver great pictures with great quality.

This Nikon camera has an amazing ability to shoot videos. You can choose between two options of recording the 640 x 480 pixels and the 320 x 240 pixels. In general, as for the standard definition, the quality of the video is normal. It also has image stabilization built-in and it works in the best way possible.

Nikon Coolpix L100 has a Nikkor lens included and it is a zoom lens. The ability of zooming works at 15x! On the zoom part, is added the VR which is the vibration reduction while zooming in. Therefore, the focus works with technology. It is the Face Priority Technology; that helps you when you are shooting for example a portrait picture.

Again on this camera is added a rechargeable lithium-ion battery which is fully rechargeable, and once that battery is fully charged you can easily shoot up to 500 shots. 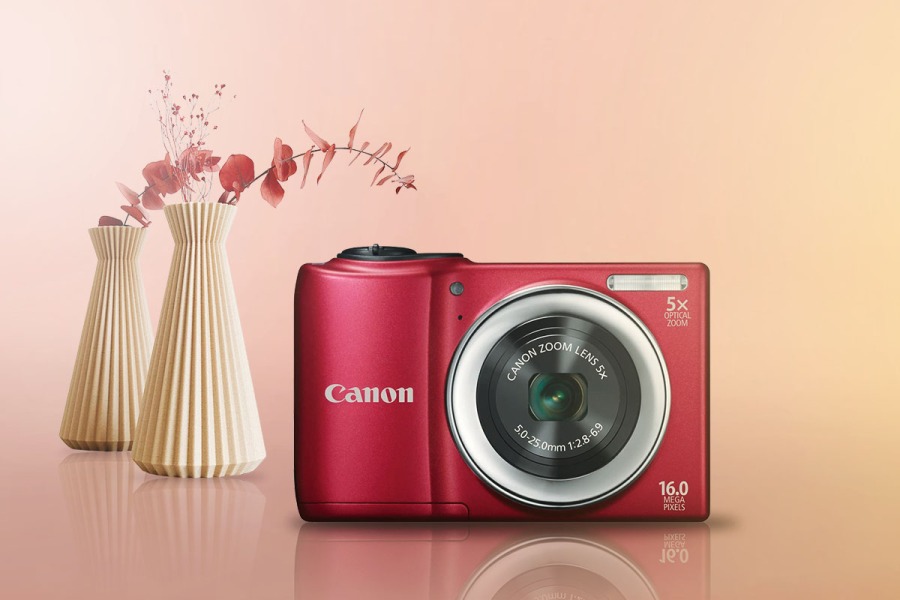 From Nikon, I can’t go further but choose a Canon camera! Everybody knows how good Canon cameras are! That is because Canon always knows what to include and what to do with its cameras.

This camera comes in three different colours, black, white, and blue, and all of them, yet again, come with different price tags.

The measurements of the camera, in general, are 3.74 x 1.18 x 2.44 inches and its weight is 6.1 ounces, being very lightweight. Based on that, this camera is the most compact one and one of the best ones based on portability.

Canon added two of the most important things that a camera should own. A sensor that is 1/2.3 inches CCD and works at 16 MP and an amazing Digic 4 image processor. The pictures that you take with this camera will be of high quality and they are brought most clearly and sharply possible.

With this camera, you can also easily record videos and they come with a 720 pixel HD resolution. Just as in the pictures, the videos are very clear, plus during video recordings, you can use the optical image stabilizer, and the blur will be totally reduced.

The lens that this camera owns is a wide-angle one and it allows you to zoom on 5x when using the optical zoom, 4x when using the digital zoom, and when you use these two zooms combined you achieve a zoom range of 20x.

The focus that this camera uses is a little bit special! It works based on what you are taking a picture of, and it is a very accurate one and super fast.

Differing from all the ones mentioned above this camera works with two AA-size batteries that work properly on up to 220 shots. 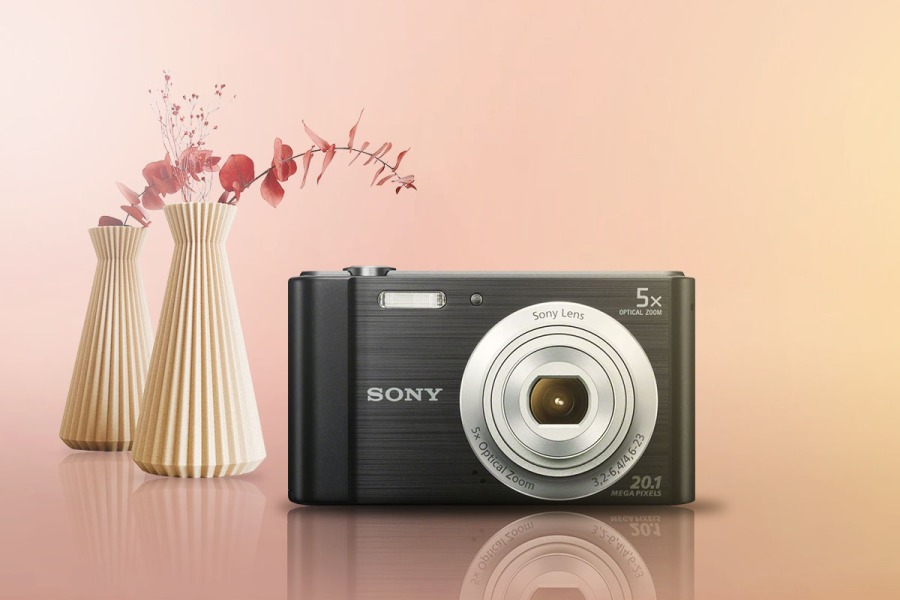 Last but not least, here appears the Sony brand; which is one of the best ones when it comes to cameras in general. You may have heard about Sony’s super famous mirrorless cameras but here, I’ve chosen the Sony DSCW800/B as the best overall regarding the point-and-shoot cameras.

The full body of this camera measures 1.97 x 2.13 x 0.87 inches and it weighs around 8.8 ounces. As you can notice, this camera is the smallest and the lightest in weight, when it is compared to the other cameras that I already mentioned.

The camera is packed with a very powerful 20.1 MP HAD CCD image sensor, and it does a powerful job as well. It helps you in a way to bring the best pictures that you have ever taken and have ever seen. Every detail of the picture is seen clearly and every colour is delivered most perfectly.

Recording videos has never been easier because this camera owns a movie mode with which you can capture videos with 720p at HD resolution. The videos are super smooth and shake-free because the camera owns a SteadyShot Image Stabilization, and it is the best one so far on point-and-shoot cameras.

The only drawback that the Sony DSCW800/B in a way has is its focusing ability. It works well but it seems like it is a bit slow. However, the zoom is a digital one and it works on 5x. 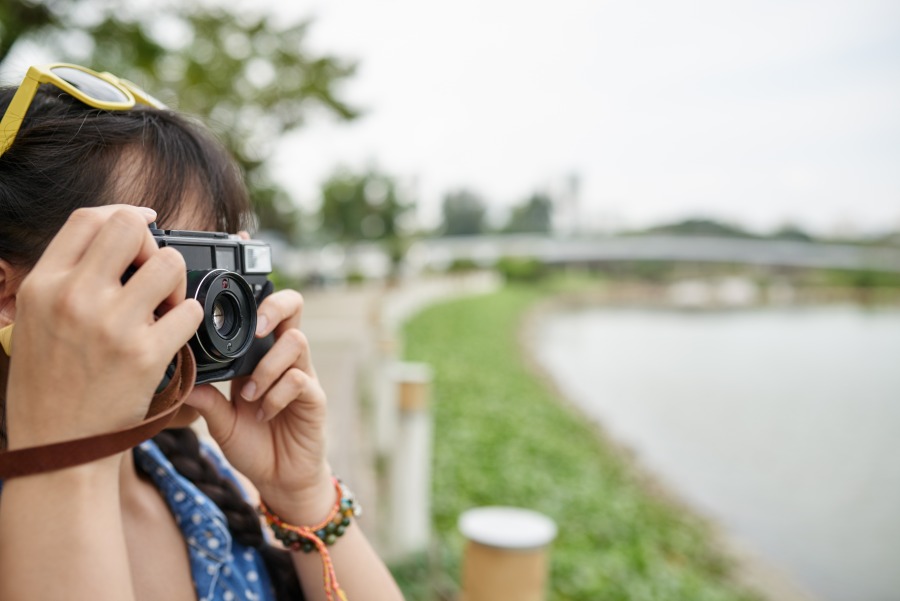 If you want to take good pictures with your point-and-shoot camera, what should be firstly known is what type of sensor is used and how much MP does it bring. All the cameras that I mentioned above are quite good ones regarding the sensor.

The zoom is one of the things that point-and-shoot cameras are known for. They all work pretty well when zooming in or out, but still, it is better if you take a look at the zoom ability in general.

The next thing that you should consider when choosing a camera, is the battery life. As you can notice, the cameras that I mentioned above have in a way a similar battery life rating, which is quite normal for point-and-shoot cameras.

Coming at the end of this article, I really hope that it will help you choose the best point and shoot camera under $100. Even though that price tag is a cheap one and cameras all come with higher prices it s in a way difficult to find the best one, still, after researching for a great amount of time, I was able to find some of the best ones.

Have Fun using one of them!

Point-and-shoot cameras are quite compact and they are used by many people all around the world. However, if you are not a fan of them, but instead you are searching for any other type of camera, I would suggest you read some other articles regarding cameras with price tag ranges.