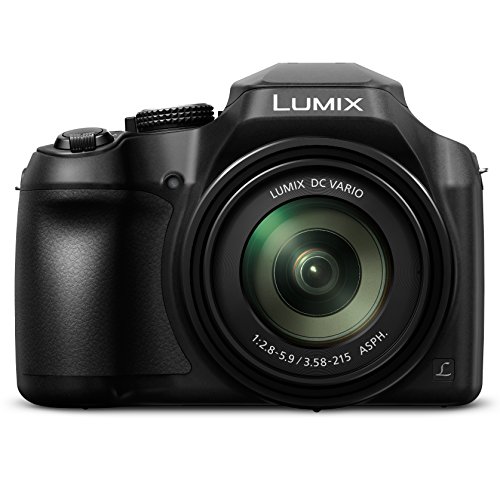 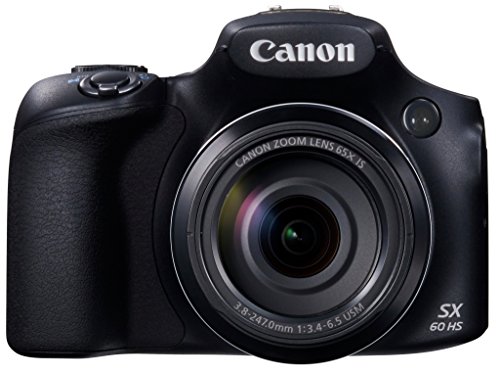 The Panasonic Lumix DMC-FZ80 and Canon SX60 HS are two excellent, sensor superzoom cameras that were launched on the market in 2017 and 2014, respectively, and since their release date, even today, they’ve remained popular and are often a first choice for a variety of different photographers. The secret receipt behind their success is that both cameras share numerous advanced features that allow the photographer to have freedom and switch between multiple photography styles.

But, even though the Canon SX60 HS is about 3 years older than FZ80, this doesn’t mean that from the very beginning we can already announce the winner, because we would have to dig deeper and reveal all of their pros and cons, so that in the end, you could have a better insight regarding these cameras in order to decide which one suits your shooting style the most. Shall we start? Let’s go!

The Panasonic Lumix FZ-80 has a very compact and lightweight, yet elegant, black-finished body that measures 3.7 x 5.1 x 4.7″ (HWD) and weighs around 1.4 pounds, so, if you make a closer inspection at these specs, you can easily notice that this camera is an indeed pocket-friendly camera that can accompany you anywhere you go!

If you view from the front, you will see that the grip is deep, it is nearly as deep as an SLR camera which definitely comes handy when you start shooting with the camera because your hand will not fatigued even if you’ve been shooting for hours. Aside from being deep, the grip is covered in a textured coating which does an excellent job in accommodating your hand as well, because it boosts the stability of the camera as you’re holding.

Moreover, the control layout is very simple as well, there aren’t many cameras not only due to the compactness of the camera, but because Panasonic managed to keep the design simple so that as an enthusiast or beginner, you won’t have to lurk around and search how each button works.

On the top-right, there’s a single Mode dial and a camera power switch, while close to the shutter release button and the zoom control lever, you can find two programmable buttons, such as the Fn1/4K Photo and Fn2/Post focus button which sit next to the dedicated Record buttons, while at the top-center, a hot shoe is located which is surely a great addition.

The rear control layout is also simple, and most of them are positioned on the right-handed side, and sit next to the viewfinder and the LCD screen, so you can easily access them and take advantage of them anytime you want without any problems.

For your information, the electronic viewfinder has a high resolution of 1,170k-dot and to be honest, I really think that you will like it because it is capable enough to offer you a clear view of the surroundings and help you lock onto a specific target so that the final results would be really good.

If you’ve been asking yourself regarding the LCD screen, well, good news for you! This model has a 3″, 1040k-dot touchscreen which has some kind of anti-reflective coating that will help you have a comfortable sight even if you’re shooting under bright sunlight, and what’s even better is that it is exceptionally responsive. In fact, all of your gestures are going to be registered properly and you can easily change settings, review the imagery taken and more!

However, my only remark is the lack of flexibility, because the screen is fixed, and this is kind of problematic especially if you want to shoot from different angles. Either way, considering its price tag, I expected this.

When it comes to the connection ports, the Lumix FZ-80 houses a micro USB port, micro HDMI port, and a memory card slot that supports SD/SDHC/SDXC memory cards at up to UHS-I speed. But, if we take these connection ports aside, this unit has a built-in support for Wi-Fi which is awesome if you ask me, due to the fact that you will have a truly smooth transfer of your photos and videos to compatible devices!

Now, let’s briefly explain the included components of the camera, and how does it perform in practice.

We ranked it as one of the best bridge cameras under $300. Seriously, all that zooming capability at that price point deserves an applause.

I’d also like to mention that the FZ-80 lets you capture JPG and RAW images, and to be honest, it does a quite good job in keeping the levels of noise to the minimum throughout the ISO range.

For instance, JPGs images shot through ISO 100-800 look pleasing for the photographer/viewer even though the presence of noise can be detected, but it isn’t that heavily pronounced so that it would decrease the overall quality of the image.

However, everything changes once you start pushing the upper boundaries of the ISO range. At ISO 1600, noise becomes more pronounced and makes the details suffer, while at ISO 3200, the noise is indeed high and it kind of makes the images unusable. At ISO 6400, the blur reaches its peak and I wouldn’t recommend you stick between ISO 3200-6400 because results are disappointing.

On the contrary to JPGs, RAW format images handle really well up to ISO 1600, but as expected, once you start shooting between ISO 3200 – 6400 grain starts to overwhelm the image and that’s why I’d recommend you avoid the upper ISO limits.

But hey, you don’t have to capture only photos because this camera is strong for video recording as well. Namely, it can record 4K videos at 30fps, 1080p videos at 60 fps, and 720p at 30fps in an MP4 format. The footage looks sharp and the color accuracy is superb, whereas, the details are lifelike and I really think that you will like recording videos with this camera!

At a glance, the SX60 HS isn’t the most compact and the lightest bridge camera that you can find on the market, because in fact, it really looks like a DSLR camera considering the fact that it measures 3.5 x 4.5 x 5″ (HWD) and weighs around 1.4 pounds.

Otherwise, this model looks sleek and features a glossy all-black body that is accompanied by a deep, textured grip that has a slight contour meant for your finger, and I really appreciate the way that Canon managed to implement such a good grip to this camera because even though it is heavier and larger than most of the cameras in this category, it is still very comfortable to shoot with and it does feel secure once you have it in your hands!

In terms of the controls, the Canon SX60 HS employs a decent number of dedicated controls that are spread across the body, but what’s also cool is that they are easy to use and well-organized, giving you an opportunity to access them easily and adjust the picture to suit your preferences!

On the top-center, you can find a hot shoe, while on the top-right, there’s a single Mode dial, a zoom rocker, shutter release button, Power button, and a programmable Shortcut button.
If you take a look at the rear, you’ll notice that nearly all of the controls are located on the right side of the viewfinder and the LCD screen.

Canon’s electronic viewfinder has a resolution of 922k dots, covers up to 100% of the field of view, and it is good enough to help you have a convenient shooting, while on the other side, the 3″ 922k-dot vari-angle screen does not only output strong visuals, but it is also flexible enough to let you shoot from different angles in comparison to the Lumix FZ-80 who really lacks this. However, the model’s screen isn’t touch-sensitive, whereas, FZ-80’s it is, hence, the result is more of a tie in this point.

Speaking of the connectivities, the SX60 HS packs an HDMI port, USB port, 3.5mm microphone mini-jack, and single memory card slot that supports SD/SDHC/SDXC memory cards, and in comparison to the FZ-80 it is only Wi-Fi enabled, this camera has built-in support for Wi-Fi and NFC, hence, you will have more options to transfer your captured content.

As was the case with the Lumix FZ-80, the Canon SX60 HS can also capture JPG and RAW format imagery, and as a matter of fact, images do not only look sharp but this camera does really know how to handle the noise throughout the ISO range.

In fact, JPGs taken up to ISO 1600 look wonderful, and the noise is minimal because you would have to put a significant effort or simply zoom up to 100% to notice them. If you’re positioned under a good amount of light, I can easily say that this camera performs in nearly the same way as a typical DSLR camera would perform! Good job, Canon! As expected, at the highest ISO level, noise overwhelms the image and therefore, you should avoid it by all costs.

If you opt to shoot RAW format imagery, keep in mind that the details are way more preserved in comparison to JPGs shot even at the highest levels, however, although details are more defined, the cost you would have to “pay” is the noise who appears more aggressively.

Before we end, I’d like to inform you that the SX60 HS lacks 4K capability, however, it can record 1080p videos at up to 60fps. Clearly, Lumix wins the race at this point, but either way, if you think that recording 1080p videos at 60 fps is enough for you, then this won’t be a problem at all for you!

If you reached this far, then good news for you because in a couple of minutes you will find out who wins the battle here! I hope that you’ve found this article entertaining and that you already have a clue that both cameras are strong and are very close to each other!

If you opt to shoot Portrait photography, I’d like you to know that both cameras output an average performance, but FZ-80 appears to have a tiny advantage because of its 18.1MP sensor as opposed to Canon’s 16.1MP, while for Sports photography, both cameras distribute an above-average performance, however, the SX60 HS is more convenient to shoot, but FZ-80’s faster continuous shooting rate may be decisive.

The result of daily photography is definitely a tie, whereas, for Landscape photography, the SX60 HS` performance is somewhat poor, so I give more points to the Lumix FZ-80.

The key aspect where the SX60 HS outperforms its opponent is at its higher Max ISO range ( 6400 vs 3200 ), because of its articulating screen, and slightly better battery life ( ~340 vs ~330 shots), microphone port, and NFC connection.

Honestly, I’d go for the Lumix FZ-80 due to its versatility and better image sensor.