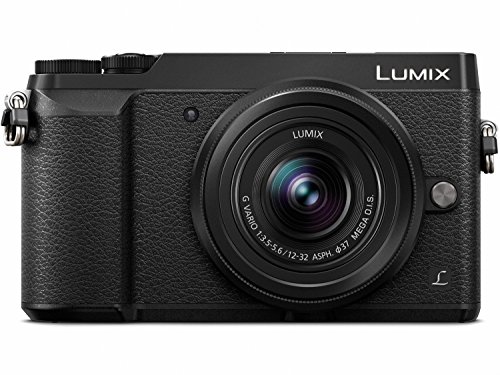 The Panasonic Lumix GX85 is a quality midrange-priced mirrorless camera that was officially announced on April 2016 as an enthusiast-oriented camera, although during the review, you will notice that this camera does not look nor perform in such way, but quite the opposite, because it is armed with strong components and it outputs a truly fascinating image and video results!

In comparison to the Lumix GX85, the Sony A6000 is one of the most famous mirrorless camera, that has gained a huge reputation from the moment it has found itself on the market – February 2014. Although it is an older model, both cameras share many things in common including an APS-C sensor, and both of them are strong enough to transform you into a professional which one day will use photography for a living.

The Panasonic Lumix GX85 has a handsome-looking all-black painted mainly plastic body of a pocketable size, since it measures only 2.8 x 4.8 x 1.7″ (HWD), weighs approximately 15 ounces without a lens, but although it is made of plastic, Panasonic has somehow managed to make it feel solid when you’re the camera holding it in your hands.

The reason behind this is the presence of the deep grip which has a pattern-textured coating that allows you to hold the camera steadily and comfortably in your hands, which is always welcome since enthusiasts love to take photos for hours!

There’s yet another place in which Panasonic did a great job, and that’s the control layout.

On the top, you can find a built-in flash, a small, recessed video button, shutter release button and a single Mode dial positioned on the right, while if you flip this camera over, you can notice that on the rear part, most of the controls are spread on the top and right-handed side ofthe body.

In the top-left corner, there’s a big, electronic viewfinder with a 2,764k-dot resolution that will serve you really good especially if you shoot through bright light conditions, because you can fully immerse yourself with the details and with its1 00% coverage of the field of view! Nothing will ever get away from your sight! Good job, Panasonic!

In the center, there’s a 3″ tilting LCD display with a resolution of 1,040k-dots on which you can completely rely due to the fact that it lets you shoot from different angles, it can instantly recognize your gestures and because it outputs strong visuals that definitely come handy once you opt to shoot videos.

Moreover, the connection ports are composed of a micro-HDMI port, micro-USB port, single memory card slots that support SD/SDHC/SDXC media, and has a built-in support for Wi-Fi, so, once you install the Panasonic Image app, you can easily transfer your content!

Speaking of the performance, the Lumic GX85 employs a 5-axis in-body sensor stabilizer, has a 16MP Live MOS image sensor, an ISO range of 200-6400 which is expandable up to 100-25,600, continuous shooting speed of 8 fps, a 49-point AF and a Venus Engine image processor that yields the best of the environment in which you’re shooting! Pair it with a L-mount lens, and you’re good to go.

For your information, this camera handles the noise really well until ISO 3200, and honestly, I’d recommend you not to go beyond ISO 3200 because during these stages, the noise is set to the minimum, and the image quality is nothing but superb! In case if you go beyond ISO 3200, let’s say at ISO 6400, you can notice that details are getting lost, but still, images are usable, however, starting from ISO 12,800 and all the way up to the expandable ISO 25,600 setting, blur overtakes the image quality, and I personally think that it isn’t worth it to go that far.

Aside from shooting JPGs, you can also have an option to capture RAW format images which have more details at ISO 3200, even though the blur can also be noticed here, whereas, at ISO 12,800 – 25,600 images look rough and once again, I’d recommend you avoid the expandable ISO setting of this camera.

In the end, what got my attention the most regarding this camera is its versatility. To be more precise, the GX85 does not only perform great for capturing photos, but the same can also be said for video recording! Namely, you can record 4K videos at 30 fps which look indeed fascinating, hence, do not hesitate to try yourself as a videographer from time to time, because you’re given such an option!

The Sony A6000 is fairly compact as well, it measures just 2.6 x 4.7 x 1.8″ (HWD), weighs approximately 12.1 ounces without a lens, and features an attractive, all-black painted magnesium-alloy construction that also employs a weather-sealing against water and dust, hence, this camera will offer you a comfortable shooting sessions under a variety of different environments and weather conditions!

In addition, the Sony A6000 packs a good amount of controls, and what’s cool is that Sony has managed to organize them pretty well, so that you can reach them anytime you want without putting effort at all!

On the top, there’s a dedicated Mode dial and Control dial, a multi-function hot shoe, a programmable C1 button and a shutter release button that sit on the grip which I really like, because it has a textured coating that allows you have a steady and comfortable hold of the camera.

On the rear, the Sony A6000 looks nearly identical to the Lumix GX85, especially with the fact that it holds a viewfinder on the top-left corner of the body.

The electronic viewfinder has a resolution of 1,440k-dots, has an OLED design and it will help you achieve great results because you will be able to lock onto a target on one side, while on the other, your sight will not be compromised by anything!

Below the electronic viewfinder, there’s a tilting 3″ display with a resolution of 921k-dots, which will let you adjust its position in order to shoot from different angles, however, it is kind of limited to about 45-degrees when you opt to face it down. Albeit the “lack” of flexibility, the screen outputs great clear visuals, and my only remark regarding this part of the camera is the lack of touch-sensitivity. Clearly, the Lumix GX85 receives more points here because of its touchscreen. Before we move to the next section, I’d also like to mention that on the right-handed side, there are the remaining buttons and they stretch from the top to the bottom.

Moreover, the connection ports consist of DC-IN, an HDMI port, mini-USB port, single memory card slot that supports SD/SDHC/SDXC/ Memory Stick Pro, while speaking of the built-in connectivities, the A6000 is Wi-Fi and NFC-enabled, which I absolutely favor since you can easily share your content to compatible devices.

Performance-wise, the A6000 packs a 24MP APS-C image sensor, has a native ISO range of 100-25,600 which can be expanded up to 51,200, has a truly impressive 179-point Hybrid Autofocus system with 25-contrast detect points, blazing-fast continuous shooting speed of 11 fps and it is powered by a BIONZ X image sensor that is capable enough to boost the camera’s performance on a whole new level!

In practice, you’ll be able to capture both, RAW and JPGs, and to be honest, you will recognize the camera’s potential throughout the ISO ranges because the noise is kept in a satisfying manner.

To be more precise, in order to get the most of the camera’s potential and completely immerse yourself in the photos, I’d recommend you stick up to ISO 3200, because images are stunning and the color accuracy is indeed overwhelming along with the level of details.

Once you reach ISO 6400 and above, keep in mind that even though images may be kind of usable, I don’t really think that you’ll like the results that much, and therefore, as I’ve previously stated, you can simply stick to ISO 3200.

RAW images look great at ISO 1600, in fact, they look a lot better than JPGs, and the same can be said if you opt to shoot at the higher ISO levels. For example, even at ISO 12,800 images are usable, but be prepared to recognize some noise which is completely normal though.

It’s a good camera for photographing houses and other real-estate objects, because it’s easy to carry around and doesn’t weigh much.

Before we end, I’d also like to inform you that the Sony A6000 records 1080p videos at 60 fps, and you can freely try yourself recording videos under low and bright light, because the sensor and the autofocus are tremendously good! In comparison to the GX85, I think that Panasonic deserves more credit because their camera can record 4K videos!

So far, you’ve likely gained an insight regarding the potential and the capabilities of both cameras, but before I announce the winner, let’s make a short and quick overview of the key aspects of the cameras, because after that, your decision will be heavily supported by the information I’m going to deliver.

For Portrait photography, the winner is GX85 without any doubt, thanks to its built-in image stabilization and its crisp viewfinder, while for Sports photography, both cameras output nearly an identical result, hence, in this point the result is a tie.

Personally, I think that the result is a tie, because both cameras are strong, however, if you want to get a camera only for shooting, then the Sony A6000 would be great for you, whereas, if you want to shoot photos and record 4K videos, the Lumix GX85 would be a better option for you!