Video shooting may look easy, but as you know, nothing is easier than it seems; you have to dive deeper for a better understanding. Yes, video shooting requires skills, but the skill is useless when you don’t use the right settings. First of all, let’s face this truth. I’ll go a little bit further than telling you just about the settings. For professional and razer sharp videos, keep reading.

Shutter Speed For Video: What Are The Best Settings?

Shutter speed, in simple words, is the exposure of the frame rates at a certain amount of time (depending on your intended time).

Motion blur and frame rate are together accompanied by shutter speed and play a crucial role in this category. Well, we have seen a lot of videos, and something just doesn’t seem right. That’s probably because of too fast shutter speed, anyway, back to the original story.

There is a rule which is referred to as a 180° which is something that a human eye is capable of perceiving. The perfect example of this rule is “cinematic shutter speed,” which is 25 fps 1/50.

I feel like there’s no exact one ideal shutter speed. It’s mainly based on what you are shooting.
If the text wasn’t that clear, you can watch the video, which I can assure you can better understand a concept, especially if you’re a beginner. Have a look!

The recommended frame rate is 24fps, but again, that highly depends on what you are shooting and how exactly you want your video to look. As for the shutter speed, then it should be between 1/48 and 1/50.

There are other elements that should be taken into account, it’s not about the shutter speed only, but that’s a topic for another day.

High frame rate comes into question when there are fast action scenes typically, such as explosions or fight scenes, so later on, you can slow down and look more cinematic. For that to happen, the camera needs to shoot 2500fps or more because this number later, I mean with the edited version, can be stretched to 100 seconds. That’s pretty much how professionals work with slow-motion videos.

In conventional filmmaking, more natural and realistic shots are approximately 50 to 60 between 20fps and 30fps. The present-time cameras shoot 200fps or 500 fps shutter speed.

If you follow the 180-degree rule, you also have to adjust the ISO and aperture depending on the current lighting you have.

In my experience, the higher frame rate gets rid of motion blur to give you a more appealing look. For instance, the well-known movie “The Hobbit” was shot at 48 fps, and anything below will give you the slow-motion effect.

Low shutter speed raises the brightness of an image. As for the use, I really can’t recommend something exactly; it all boils down to the preferences.

So basically, both high and low frames are okay in specific cases.

Play Around with Shutter Speed 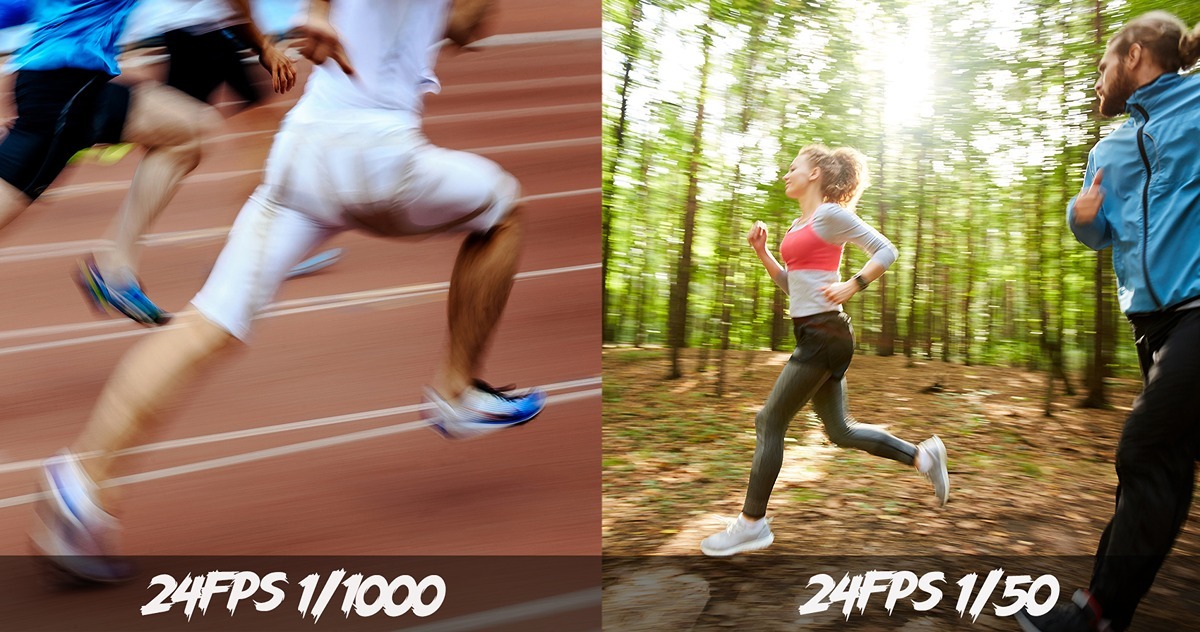 This is my favorite part because I do that all the time, playing around with the shutter speed.

When I shoot at weddings on, let’s say, normal mode, and I’m not planning to do something dramatic, then the best thing to do is to shoot at a higher speed. This way, you can capture the movement and turn it into a photo as well, so it’s an amazing idea; I would highly recommend it.

My another secret trick is when I film fast-paced action; I use a slow shutter speed. I do this mainly because the movement is so fast that one time (I remember perfectly), the ball in the football game was blurry as heck, that the action was barely visible.

It’s a known fact that slow-rate shutter speed is beneficial in some cases, for example:

Now I guess you have a better understanding of the shutter speed and its importance in the videography world. Well, I’ve got nothing to say because, at the end of the day, it will be your choice and your way of shooting. If in doubt about whether to use the high frame rate or low frame rate, then for fast action, I would recommend using a slower shutter speed and increasing it according to the scene. Don’t forget my tip on the wedding example.

If you play around a little bit, you will discover something even more dramatic, but it’s better to shoot with the 180-degree rule for regular shooting. Sometimes be a freak, create something that not many people have the courage to do. That was pretty much it for this article, I know if not now, you’re gonna thank me later when you will try it out yourself.

It’s homework time now. Jokes aside, if you have found this article interesting, you should definitely check out others. What about knowing the reason why you look fat in the pictures even though you’re not?

I have great cameras for wedding photography, as well as great action cameras for video and photos that I think will do the job fine. For those on budget, I didn’t forget about you too because why wouldn’t I? Check out these fantastic budget-priced action cameras for just under 200$.